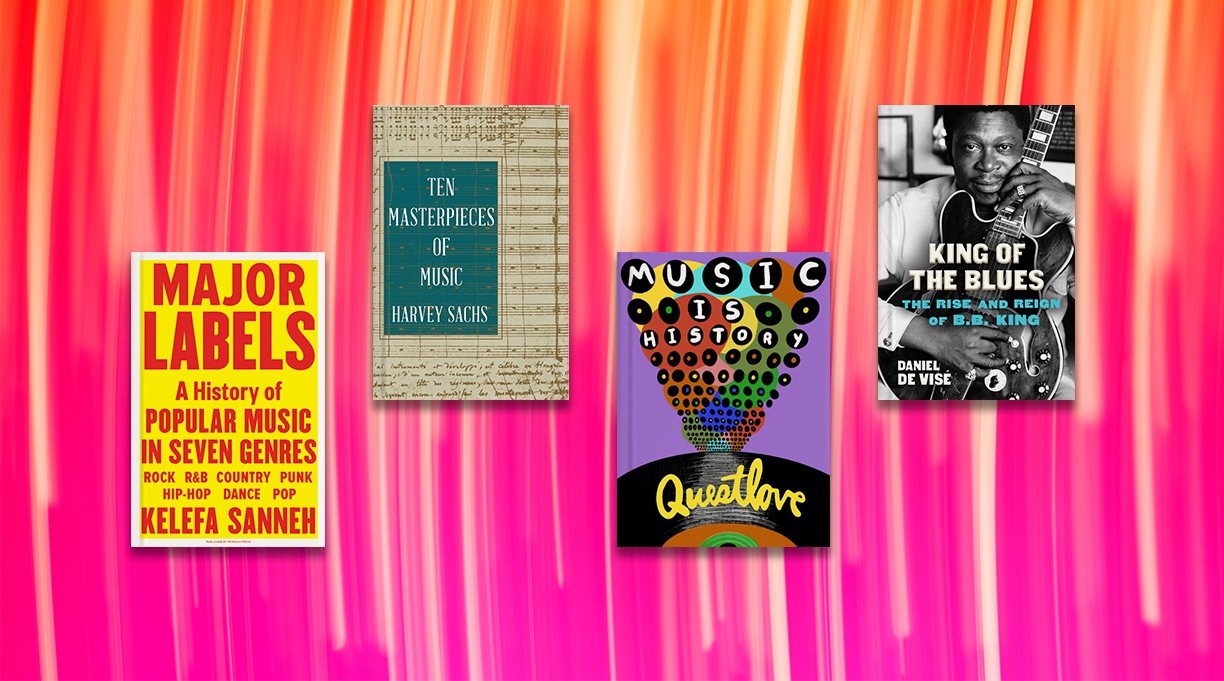 Anyone who reads my columns (now numbering in the triple digits) knows that outside of books, music is the most important cultural element of my life. Thankfully, during the past 18 months, despite significant hurdles, I have been able to take advantage of many well-curated, socially distanced, responsibly hosted concerts in a variety of venues. I don’t think I exaggerate when I say that these experiences were vital to my mental health; if I go more than a month without seeing live music, you don’t want to be around me. Oddly enough, books about music aren’t always at the top of my list, but there are plenty of notable titles each year that I actively seek out, and this October offers an abundance. Here are some that I highly recommend:

First up is a long-awaited biography of one of the most important artists of the 20th century, B.B. King (1925-2015). In King of the Blues: The Rise and Reign of B.B. King (Grove, Oct. 5), Daniel de Visé gives us a comprehensive and incisive portrait of the blues legend, whose influence can be felt across nearly every genre of American music. I had the opportunity to see King in action a few times, and he and Lucille, his beloved guitar, never disappointed—even well into his 80s. In a starred review, our critic notes, “As blues royalty and one of the 20th century’s most influential musicians, B.B. King has long deserved a well-considered biography that places his achievements in a cultural and historical context. This is it.” I concur.

While B.B. King has been an icon for decades, Questlove is well on his way to iconic status. Few figures in American music can match the breadth and depth of his knowledge of popular music, and his drumming with the Roots and countless other collaborators as well as his peerless work as a producer and DJ mark him as a legend in the making. He’s also a hell of a writer, as evidenced by Music Is History (Abrams Image, Oct. 12), his latest book. Our reviewer writes, “From explicating protest songs to sampling, Questlove continuously encourages readers to cross-reference historical happenings and to read (and think) critically.…A palimpsestic, personal, and resonant journey with a living musical encyclopedia.” Read this one and then turn to his excellent 2013 memoir, Mo’ Meta Blues.

New Yorker staffer Kelefa Sanneh could also qualify as a musical encyclopedia, and his much-anticipated debut book, Major Labels: A History of Popular Music in Seven Genres (Penguin Press, Oct. 5), is a triumph. Traversing rock, RB, country, punk, hip-hop, dance, and pop, Sanneh delivers a kaleidoscopic picture of the American musical landscape over the past half-century. In a starred review, our reviewer calls it “a lively, heartfelt exploration of the many worlds of popular music” and “a pleasure—and an education—for any music fan.” As a devotee of many of the genres that the author investigates, I can attest to the pleasures to be found in this entertaining journey. Just make sure to have your Spotify account handy; Sanneh is all over the map, and you will want to join him on his sonic excursions.

One last note on music books this October: Though I deeply respect the musicianship, I don’t listen to much classical music. However, for classical devotees, I can also recommend Harvey Sachs’ Ten Masterpieces of Music (Liveright/Norton, Oct. 26). Our reviewer says “[t]his judicious compilation of biographies and analysis is a thoroughly engaging read.”