5 Great Novels To Read Before the New Year 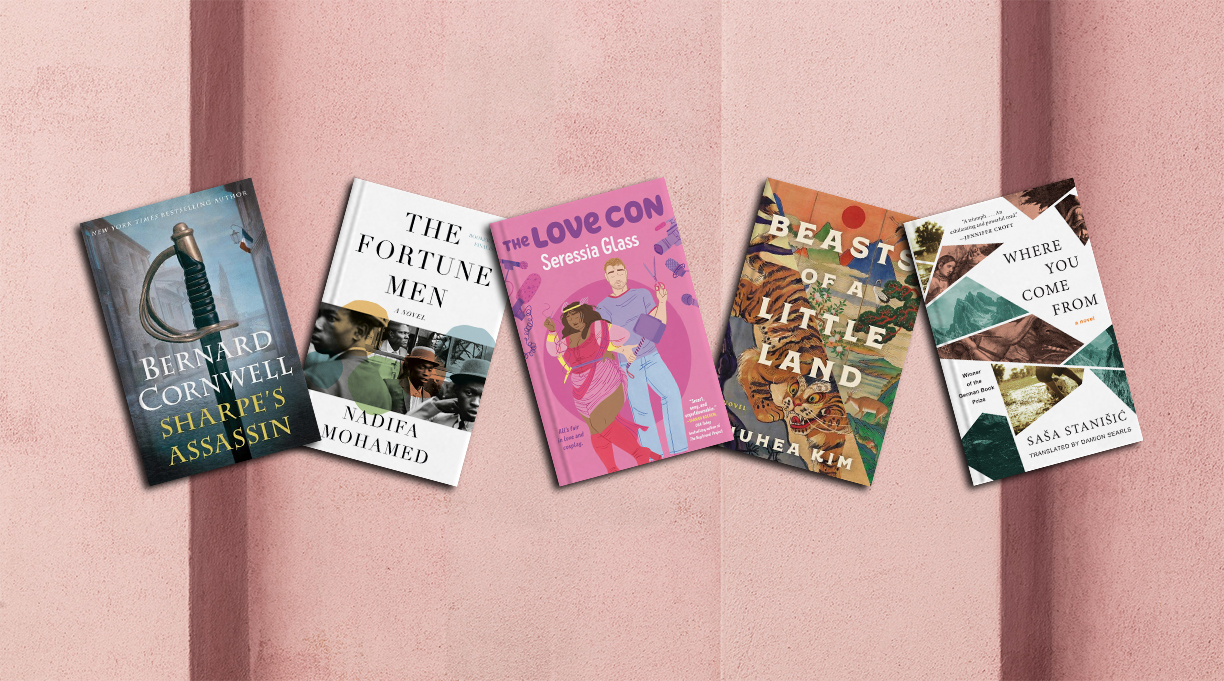 December is always a slow month for new books, since publishers want to get those volumes on the shelves in time for holiday shopping. But if you’re craving something new—or if the dreaded supply-chain problems mean you can’t find that bestseller you’re looking for—there’s some great fiction coming out in the next few weeks.

Sharpe’s Assassin by Bernard Cornwell (Harper, Dec. 7): This is Cornwell’s 22nd novel about Lt. Col. Richard Sharpe, and the British army still has work to do in France after defeating Napoleon at Waterloo. As our starred review says, “Sharpe is a great series character who doesn’t fit the officer mold. He is the gutter-born bastard son of a prostitute and a random whorehouse customer. He’d been a rank-and-file soldier with deep scars on his back from flogging until the duke noticed his intelligence and bravery and made him an officer. But wouldn’t you know, now under his command is the captain who’d once had him flogged. No hard feelings, though? Think again.”

The Love Con by Seressia Glass (Berkley, Dec. 14): This charming rom-com follows an aspiring costumer as she tries to turn her love of cosplay into a career, which somehow involves getting her best friend to pretend to be her boyfriend on Cosplay or No Way, a TV competition show. As our starred review says, “Kenya is a heroine who staunchly refuses to exist on the sidelines, fighting to prove that she deserves every aspiration she dreams of reaching.”

Beasts of a Little Land by Juhea Kim (Ecco, Dec. 7): “In this extraordinary historical novel, debut author Kim weaves together the story of friends and rivals trying to survive and thrive from the era of the Japanese occupation of Korea to the political purges of the mid-20th century,” according to our starred review. “The majority of the novel follows Jade, whose impoverished farming family sends her as a young girl to work as a servant for a courtesan. Jade observes the rivalries of other girls in training, particularly Luna, the spoiled favored daughter of the head of the household, and Lotus, the spirited but plainer younger sister. Thanks to her intelligence and resourcefulness, Jade will grow up to become a celebrated courtesan and movie star in Seoul, where she and the two sisters end up as adults.…Gorgeous prose and unforgettable characters combine to make a literary masterpiece.”

The Fortune Men by Nadifa Mohamed (Knopf, Dec. 14): Shortlisted for the 2021 Booker Prize, this novel is based on the true story of Mahmood Mattan, a Somali immigrant who in 1952 became was the last man hanged in Wales—for a crime he didn’t commit. According to our review, this is “an intimate personal portrait with a broader message on the mistreatment of migrants.”

Where You Come From by Saša Stanišic, translated by Damion Searls (Tin House, Dec. 6): The narrator of this novel shares a name with the author and also a home country, though he’s not quite sure where that is: “The country where I was born no longer exists. For as long as the country still existed, I thought of myself as Yugoslavian. Like my parents, who were from Serbian (Father) and Bosnian-Muslim (Mother) families.” Now he lives in Germany, and the book looks back at his childhood in Germany, where his family fled during the Yugoslav wars, and memories of his grandmother, who has dementia. According to our starred review, the book “is full of tenderness and compassion and also a real intelligence—it’s a stunning novel that asks what it really means to be from somewhere, anywhere.”