6 Collections & Anthologies To Read in April 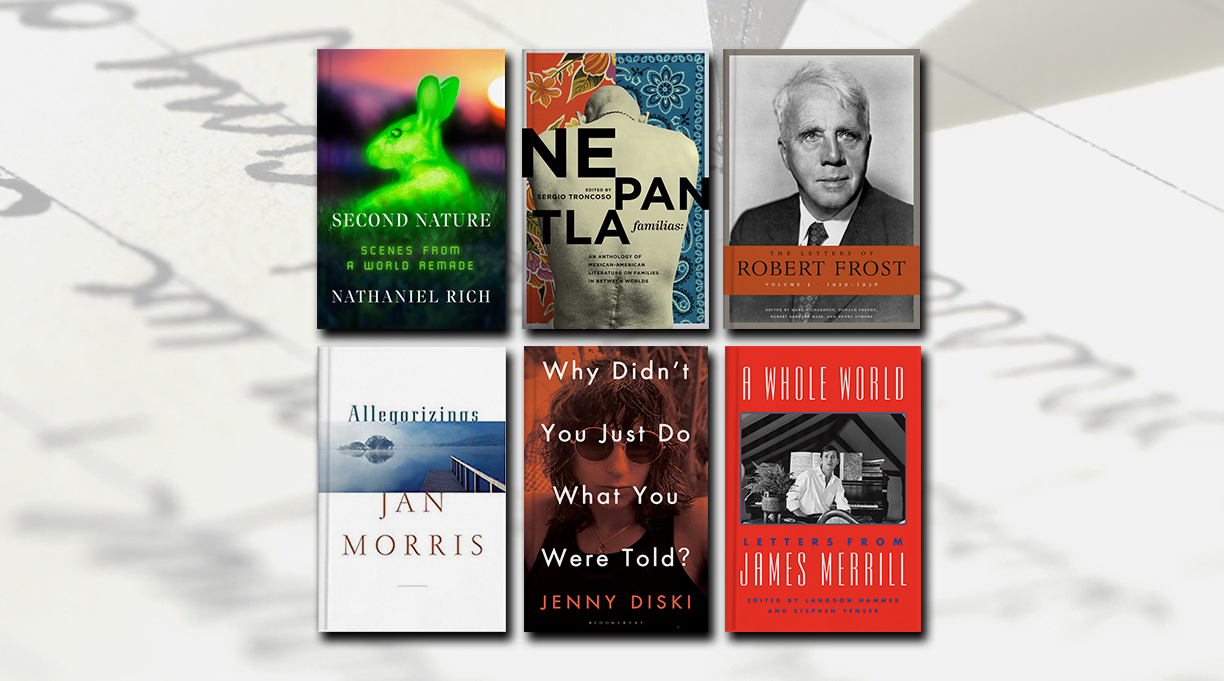 While there’s no substitute for a tight, well-crafted book of narrative nonfiction, I also love the more drawn-out, leisurely satisfaction that comes from dipping in and out of a collection or anthology—setting it on the bedside table and revisiting a few pages per night over the course of weeks. This April brings a wealth of such work. Here are six books that I’ll be consulting throughout the spring and what our reviewers have to say about them:

Why Didn’t You Just Do What You Were Told? by Jenny Diski, edited by Mary-Kay Wilmers (Bloomsbury, April 20): “Between 1993 and her death in 2016, Diski wrote several hundred essays for the London Review of Books—some book reviews, some personal pieces, ‘reflections on the world and its stories for the most part,’ according to Wilmers, longtime editor of the LRB, who selected the essays for this masterful new collection of Diski’s work. In nearly all of the pieces, Diski’s voice is sharp, wry, and entirely her own….Within a single sentence she can exude both a seemingly effortless elegance and a fearless iconoclasm. For writers and readers alike, this new volume is a tremendous gift.”

A Whole World: Letters From James Merrill by James Merrill, edited by Langdon Hammer and Stephen Yenser (Knopf, April 6): “Hammer, a Merrill biographer and English professor at Yale, and Yenser, a poet, literary critic, and Merrill’s co–literary executor, have gathered a copious selection of letters by the acclaimed poet, beginning with young Jimmy’s request to ‘Santa Clause’ for a flashlight and continuing through countless letters to family, friends, lovers, and literary luminaries….Amplified by the editors’ authoritative annotations, a chronology, and capsule biographies of major figures in Merrill’s life, the book creates a palpable sense of the poet’s wide, eventful world, ‘properly stuffed with culture and people,’ travels, and accomplishments—as well as struggles and, inevitably, loss.”

Allegorizings by Jan Morris (Liveright/Norton, April 6): “Refreshingly, this thematically conceived collection of essays, unlike so many publications of miscellany issued shortly after an author dies, reflects the writer’s intent and cooperation….Throughout, she demonstrates the stylistic command that has always distinguished her work. While stressing empathy and resisting pomposity, she refuses to suffer fools gladly.”

Second Nature: Scenes From a World Remade by Nathaniel Rich (MCD/Farrar, Straus and Giroux, April 6): “In this outstanding collection of pieces…Rich provides vivid, often disturbing portraits of individuals and events contributing to ‘the death rattle of the romantic idea that nature is innocent of human influence’….Another disheartening but important book from Rich.”

Nepantla Familias: An Anthology of Mexican American Literature on Families in Between Worlds edited by Sergio Troncoso (Texas A and M Univ., April 2): “In an anthology that feels long overdue, Troncoso gathers 30 Mexican American writers to relate their accounts of what it means to be an American or, more often, what it means to not feel fully American. The anthology, which is divided into fiction, nonfiction, and poetry, contains mostly never-before-published works woven together by the common thread of ‘nepantla,’ a Nahuatl word that means ‘mutual place’ or the ‘in-between’….A deeply meaningful collection that navigates important nuances of identity.”