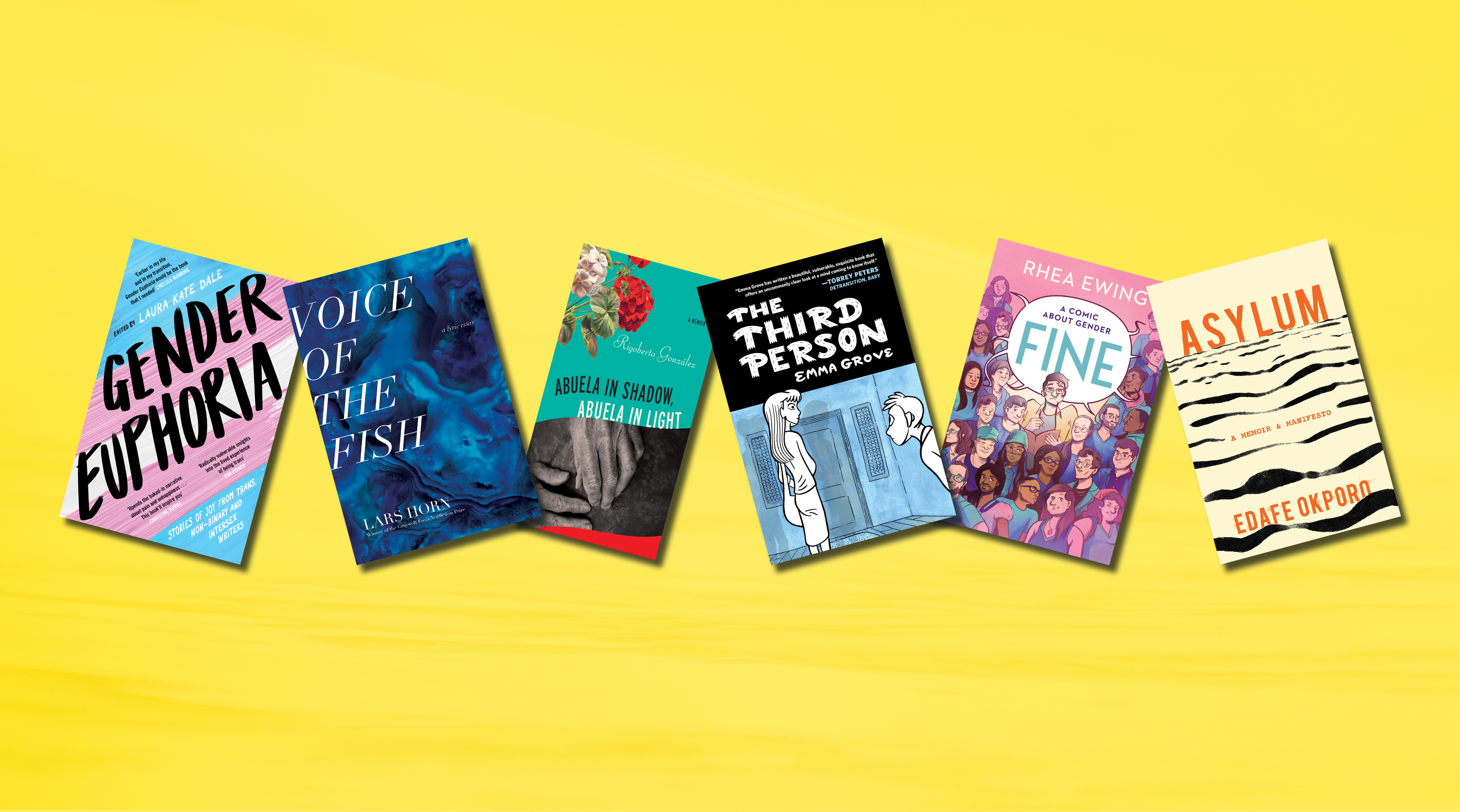 In our annual Pride Issue, we highlight important books from LGBTQ+ authors or those about relevant topics, from gay and trans life experiences to the fluidity of gender and the power of language in a person’s search for identity. As in previous years, it was difficult limiting myself to just six books, but I think the titles listed below reflect the diversity and dynamism of the LGBTQ+ community. All quotes are from the Kirkus reviews.

Fine: A Comic About Gender by Rhea Ewing (Liveright/Norton, April 5): “A graphic narrative project on the multifaceted nature of gender.” The author shows “how gender is interconnected with race, culture, and sexuality; how it moves far beyond conventional masculine and feminine designations; and how embracing fluidity can be liberating and transformative regardless of social norms of appearance and behavior, many of which are constrictive and damaging.…The instructive yet never heavy-handed narrative boldly shows how identity is intimately interpreted and how connections with others can fortify perceptions and perspectives.”

Abuela in Shadow, Abuela in Light by Rigoberto González (Univ. of Wisconsin, April 12): “A poignant homage to the author’s Indigenous grandmother as well as an exploration of deep-seated family abuse.…Sleeping on floors and sharing small spaces, González became prey to older cousins and uncles who sexually abused him. Only later in life, now a successful, independent gay man, did he hear from his female cousins that the abuse he suffered also happened to them.…An alternately touching and shocking narrative of a dysfunctional yet resilient Mexican American family.”

Voice of the Fish: A Lyric Essay by Lars Horn (Graywolf, June 7): “In Horn’s first book, winner of the Graywolf Press Nonfiction Prize…[they interweave] erudite and personal essays to create a shimmering, watery mosaic of trans autobiography richly infused with literature, science, history, and myth.…In the first piece...the author grapples with the pronoun I and their sense of gender in physical and linguistic terms.…They also recount in searing detail being attacked and nearly raped as well as an ‘aborted suicide.’…A promising literary debut.”

Asylum: A Memoir & Manifesto by Edafe Okporo (Simon & Schuster, June 7): “Okporo chronicles his experience seeking asylum in the U.S. after being persecuted in his home country of Nigeria for being gay.…Okporo’s voice vibrates with passion and hope, and his detailed descriptions of his experiences are the most riveting parts of the book. He expertly interweaves his story with statistical and historical details about the perils of the U.S. immigration system.”