6 Works of Short Fiction That Book Clubs Will Love 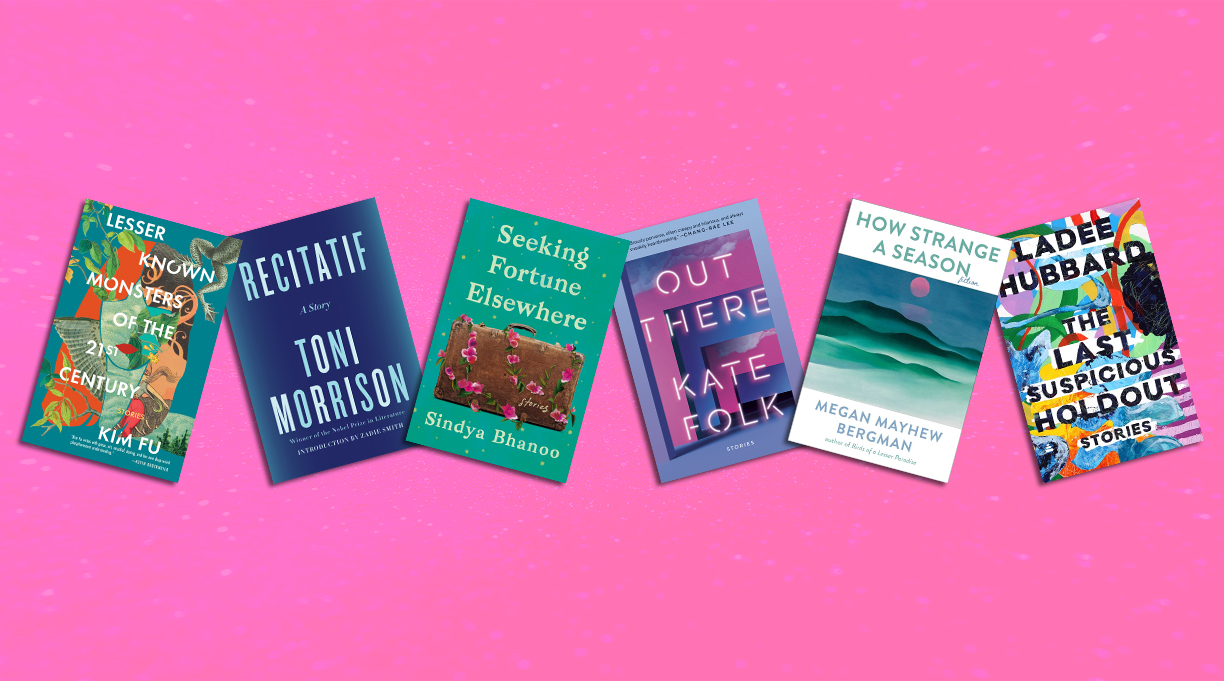 A new book by Toni Morrison, Recitatif (Knopf, Feb. 1), was published recently, but it isn’t a posthumous novel—it’s a tiny volume containing the only short story Morrison ever wrote along with an introduction by Zadie Smith that’s as long as the story itself. Morrison saw the piece as an experiment—it focuses on Twyla and Roberta, two girls who room together at an orphanage when they’re 8, though they’re not actually orphans: “My mother danced all night and Roberta’s was sick,” Twyla says, explaining why she and Roberta were left at St. Bonaventure. “We looked like salt and pepper standing there and that’s what the other kids called us sometimes.” But who’s salt and who’s pepper? Morrison never specifies the girls’ races, and it’s up to the reader to figure out who they think is Black and who White and why they think that. As our starred review says, it’s “a uniquely interesting and enlightening reading experience,” and it would be even better to read it with friends.

When people talk about “book club books,” they’re usually talking about meaty novels, but short stories can lead to great discussions of a writer’s voice and the range of their interests. Whether you’re reading alone or in a group, here are some of the excellent story collections that have been published so far this year:

Lesser Known Monsters of the 21st Century by Kim Fu (Tin House, Feb. 1): Those monsters are real: There are overwhelming insects, scary dolls, and even a sea monster. Readers of Carmen Maria Machado and Karen Russell will enjoy this collection of stories “blending emotional realism with surreal imagery,” according to our starred review. “Fu is equally at home chronicling bizarre events and pondering her characters’ inner lives.”

Seeking Fortune Elsewhere by Sindya Bhanoo (Catapult, March 8): Bhanoo, a newspaper reporter, “homes in on devastating moments of loss—the results of aging, cultural misunderstanding, so-called progress, fickle hearts, and even tragedy—throughout this stunning debut collection of stories,” according to our starred review, which calls them “graceful stories by a writer with enormous empathy for even the most flawed and forlorn among us.”

The Last Suspicious Holdout by Ladee Hubbard (Amistad, March 8): Hubbard lives in New Orleans, and though these stories take place in an unnamed city, it certainly resembles her hometown. “Nothing seems lost or shortchanged in presenting this panorama of Black lives, whether disparities in social class, creeping gentrification, or the arduous, at times heroic efforts of even the poorest community residents to retain grace, decorum, and some autonomy over their surroundings,” according to our starred review.

How Strange a Season by Megan Mayhew Bergman (Scribner, March 29): This is Bergman’s third collection of stories, and she’s known for her distinctive voice and attention to “strange, stubborn women and girls, from dissatisfied wives to suspicious, watchful children,” according to our starred review. “Bergman’s stories are so atmospherically and emotionally rich that they serve as portals into distinct interior worlds, often concluding on a quiet, destabilizing note that calls into question the narrative’s apparent straightforwardness.”

Out There by Kate Folk (Random House, March 29): If you’re human, listen up: Our starred review says that Folk “conjures up thrilling new ways to write about the strange and often disgusting experience of having a body.” What does that mean? “A man develops a symbiotic attachment to a house he must keep ‘moist’ at all times. A young woman pines after a fellow patient on the ward for people suffering from a rare disease known as Total Nocturnal Bone Loss, which causes a person’s bones to melt overnight….A bold, exhilarating display of talent.”