7 Great YA Audiobooks for Listeners of All Ages 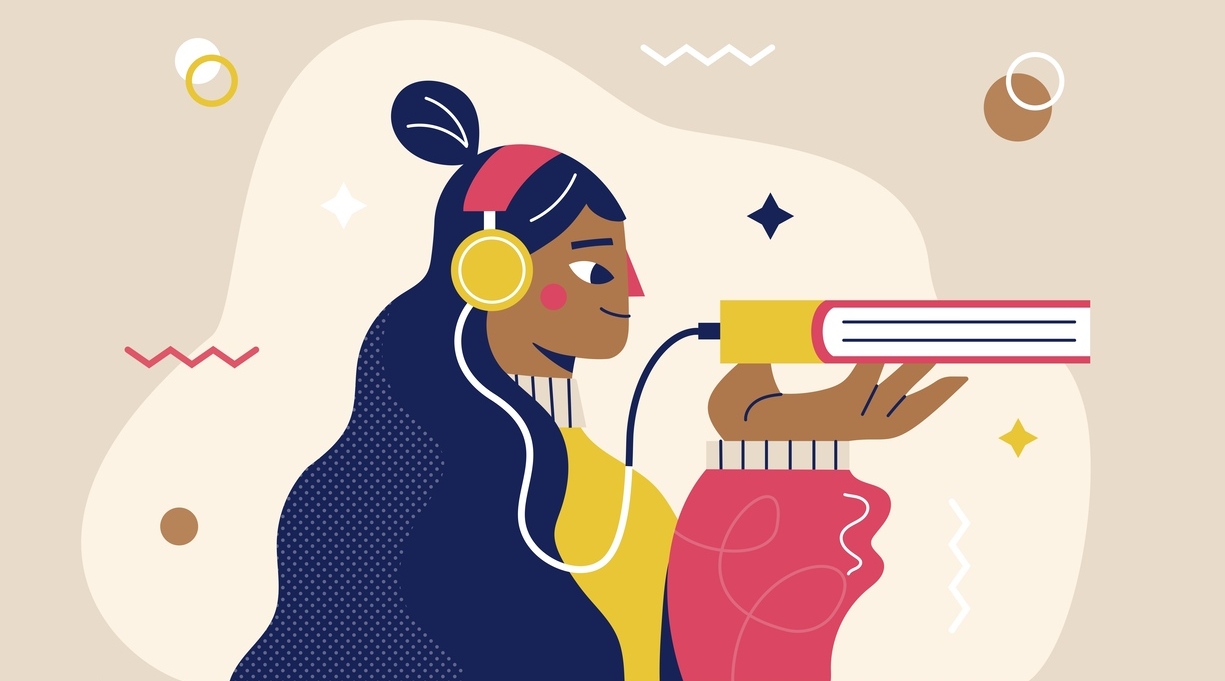 Recently, my colleague Laura Simeon wrote about both the joy she gains from listening to books on audio and some great middle-grade titles. The adoption of an extremely energetic dog has made me, too, an avid listener, my walks enlivened by the immersive experience of literature read aloud. This new habit has also given me a chance to get outside of my customary professional remit of books for younger children to splash about in the young adult pool. It’s been a blast; here are some of my favorite YA listens of the year.

Misfit in Love, written by S.K. Ali, narrated by Priya Ayyar (audio: Simon and Schuster Audio; print: Salaam Reads/Simon and Schuster, May 25): Ayyar’s confident characterizations take listeners to the wedding of Janna Yusuf’s beloved brother, Muhammad. It’s a busy weekend full of love and mishaps, and Janna’s affection for even the most flawed of her big, multicultural Muslim family and community comes through loud and clear.

Home Is Not a Country, written and narrated by Safia Elhillo (audio: Listening Library; print: Make Me a World, March 2): Elhillo is both a Pushcart-nominated poet and a spoken-word artist; this novel in verse was longlisted for the National Book Award in young people’s literature. Her mastery of both verse and its performance are on display in her mesmerizing reading of the story of 14-year-old Nima, who dances between Arabic and English as she navigates a post–9/11 United States as a poor, Muslim immigrant.

The Passing Playbook, written by Isaac Fitzsimons and narrated by Jamie K. Brown (audio: Listening Library; print: Dial Books, June 1): Readers meet Spencer, a biracial (Black/White) trans boy as he starts his sophomore year at a new school and goes out for soccer. Brown’s narration is a perfect blend of enthusiasm and trepidation as Spencer makes a place for himself on the team and finds himself falling for one of his teammates.

The Life I’m In, written by Sharon G. Flake, narrated by Bahni Turpin (audio: Scholastic Audio; print: Scholastic, Jan. 5): Readers first knew Char as the bully in The Skin I’m In (1998); in this sequel, a finalist for the Kirkus Prize in young reader’s literature, the African American teen relates how a disciplinary trip to her grandparents turns into a harrowing ordeal with a sex trafficker. Turpin gives voice to the complexity that makes Char a compelling character who’s unlikable and makes all the wrong decisions—but whom readers root for every step of her way.

Last Night at the Telegraph Club, written by Malinda Lo and narrated by Emily Woo Zeller (audio: Listening Library; print: Dutton, Jan. 19): Lily Hu, who dreams of space travel, falls for her Irish American classmate Kathleen Miller in 1954 San Francisco. Their relationship takes her out of Chinatown to the titular lesbian nightclub, where she truly begins to explore her sexuality. Zeller’s sensitive narration nails the rich cultural milieus that Lily inhabits.

Concrete Rose, written by Angie Thomas and narrated by Dion Graham (audio: HarperAudio; print: Balzer + Bray/HarperCollins, Jan. 12): Thomas takes readers back a generation from the events of The Hate U Give (2017) to introduce Starr’s parents as high school seniors. Graham’s narration evinces equal parts bravado, exhaustion, and wonder as Maverick learns to nurture first his baby son and then his ambitious, pregnant girlfriend, Lisa.

A Sitting in St. James, written by Rita Williams-Garcia and narrated by Machelle Williams (audio: HarperAudio; print: Quill Tree Books/HarperCollins, May 25): Williams-Garcia populates her antebellum Louisiana plantation with an expansive cast of characters, Black, Creole, and White, whose entangled lives capture the complexity of U.S. history. In Williams’ agile narration, each character comes to life as a fully rounded—and fully implicated—human being.