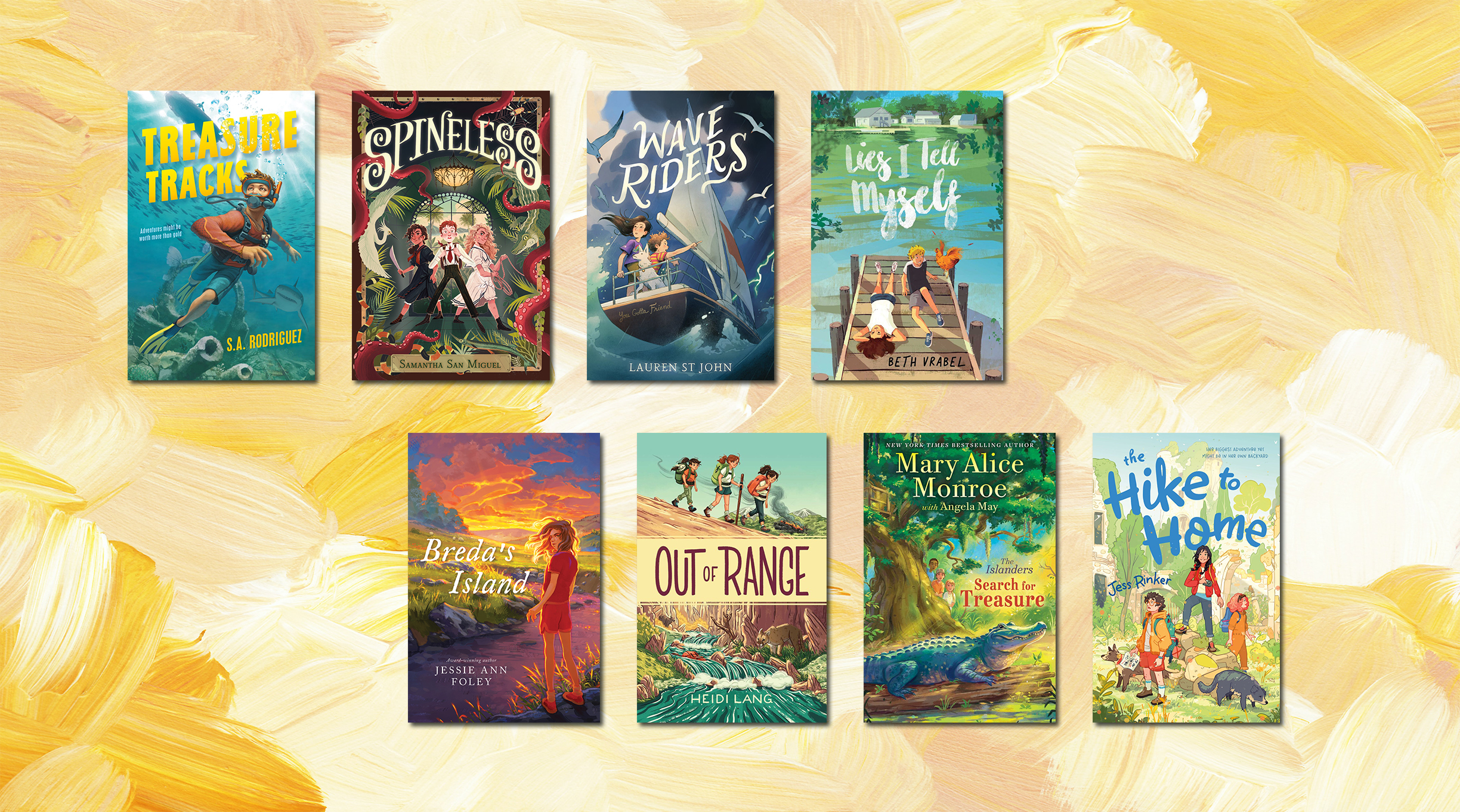 Nothing says summer like time spent outdoors—whether in real life or experienced vicariously through the pages of a good book. Being outside in wild places offers young people a respite from technology fatigue, reinforces a pure love for nature that contrasts with the daily barrage of devastating news about the environment, and is grounding in an overstimulating world.

In a significant cultural shift, many U.S. children today enjoy less freedom of movement and are allowed to take fewer physical risks compared to previous generations—even recent ones. But engaging in derring-do and exploring boundaries are natural, appropriate parts of developing competence and confidence for children. Given the constraints that constant surveillance from cellphones and other devices impose, the thrilling appeal of stories in which kids are alone, often beyond adult reach, is undeniable and wholly understandable. In the grand tradition of many ripping wilderness adventure yarns, the following middle-grade novels will keep pages turning and imaginations working.

Wave Riders by Lauren St John (Farrar, Straus and Giroux, May 24): When twins Jess and Jude find themselves alone, except for their faithful dog, after their boat encounters a major storm in the Caribbean, they must muster all their sailing and detecting skills in order to figure out what happened to their missing guardian.

Out of Range by Heidi Lang (McElderry, June 7): Sisters Abby, 14, Emma, 12, and Ollie, 9, are sent to Camp Unplugged in a remote area of Idaho by their parents in hopes of mending their fractious relationship. Becoming separated from their counselor and encountering a series of dangers lead to genuine change.

Spineless by Samantha San Miguel (Union Square Kids, June 7): A chronically ill boy visiting Florida for his health makes new friends, rescues an octopus, explores the rich biodiversity of the swamps, meets a famous naturalist, and protects a new species—all during what was meant to be a winter of convalescence.

Search for Treasure by Mary Alice Monroe with Angela May, illustrated by Jennifer Bricking (Aladdin, June 14): This follow-up to The Islanders (2021) follows 12-year-old Jake as he returns to Dewees Island, South Carolina, and has another adventure with local friends, fellow animal lovers who live on the car-free nature sanctuary that is home to a rich array of wildlife.

Lies I Tell Myself by Beth Vrabel (Atheneum, June 21): This stand-alone companion to 2021’s To Tell You the Truth follows Raymond, 11, as he summers with his grandparents in rural Maine. The local kids enjoy biking and swimming, but Raymond doesn’t know how to do either. He’s not too sure about the chickens, either.

Treasure Tracks by S.A. Rodriguez (Farrar, Straus and Giroux, June 28): Fin and Abuelo enjoy motoring around the Florida Keys, diving for lost, sunken treasure that is connected to their family history. When Abuelo has a medical emergency, Fin gets him to safety—and then attempts to lift his recuperating grandfather’s spirits by carrying on their mission.

The Hike to Home by Jess Rinker (Farrar, Straus and Giroux, July 5): A girl and her two new friends from summer camp sneak off together for an exploratory weekend of camping on the Appalachian Trail in search of the Castle in Clouds, a mysterious old building rumored to lie hidden somewhere in the forest.

Breda’s Island by Jessie Ann Foley (Quill Tree Books/HarperCollins, July 12): Breda leaves Chicago for her first visit to her mother’s Irish countryside home. There, she stays with her Granda, who is a seanchaí, or storyteller, and encounters a magical natural landscape of green hills and sparkling ocean, a culture infused with legends—and long-held family secrets.