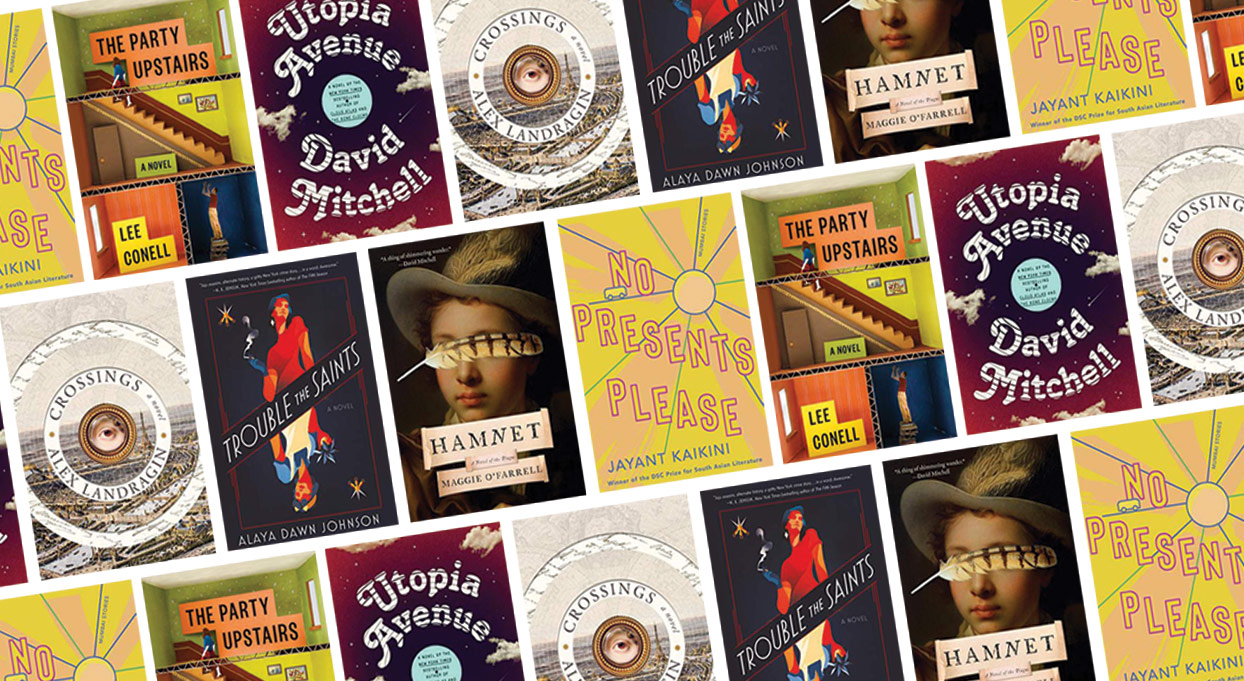 As we reach the middle of the coronavirus summer, everyone is reacting differently. Some people are staying home most of the time, others are protesting in the streets; some are cautiously meeting friends for socially distanced picnics, others are going to bars and on vacations; some are making phone calls and sending postcards for political campaigns while others are out knocking on doors. Even more than usual, everyone will be looking for different things from the books they’re reading.

I’m one of the stay-at-homes, so I’m looking for books that will remind me what it’s like to go on vacation without being too depressing; I think Maggie O’Farrell’s Hamnet (Knopf, July 21) will be just the thing. Last summer I spent a day in Stratford-upon-Avon for the first time, but due to some bad timing, I didn’t manage to see the inside of a single Shakespeare building. I can make up for it with the imagined life of the family Will left behind when he moved to London from Stratford; our review says O’Farrell’s “gifts for full-bodied characterization and sensitive rendering of intricate family bonds are on full display.”

For people who don’t want to be reminded of the wider world they’re missing, how about The Party Upstairs by Lee Conell (Penguin Press, July 7), a book set almost entirely inside one apartment building on the Upper West Side of Manhattan over the course of a single day? The protagonist, Ruby, is the super’s 24-year-old daughter, preparing to go to a party in the penthouse apartment that belongs to her best friend’s family. Our review calls it “a slow-burning debut that keenly dissects privilege, power, and the devastation of unfulfilled expectations.”

Perhaps a bit of fantasy will lift us out of our current predicament. Alaya Dawn Johnson’s Trouble the Saints (Tor, July 21) conjures a World War II–era New York where “some people of color are blessed and cursed with magic in their hands”—including an uncanny ability to wield knives and to sense threats. “Johnson’s secret history is a nuanced portrait of racism in all of its poisonous flavors, brutally overt and unsuccessfully covert,” says our review. “A sad, lovely, and blood-soaked song of a book.”

Or head back to 1967 with Utopia Avenue (Random House, July 14), David Mitchell’s most realistic novel since Black Swan Green in 2006. Utopia Avenue is a band, not a street, and our review says “the usual stuff of rock dramas—the ego clashes, the drugs, the hangers-on, the record-company parasites—is all there,” but since this is Mitchell, expect prose that’s as electric as the music.

For those of you missing Mitchell’s more experimental novels, check out Crossings by Alex Landragin (St. Martin’s, July 28), about three historical manuscripts—which we get to read, of course—that have been brought to a bookbinder in contemporary Paris. “Landragin layers historical fiction, metafiction, mystery, fantasy, myth, and romance in a way that might remind readers of such books as Cloud Atlas, Life After Life, The Time Traveler’s Wife—or even Dan Brown’s conspiracy-based adventures, albeit with more elegant prose,” says our review.

There’s nothing like discovering a new (to you) writer who’s been around for a long time, and this summer I’m looking forward to reading Jayant Kaikini. No Presents Please (Catapult, July 28) is a collection of stories written between 1986 and 2006; they’re all set in Mumbai, “but the breadth of their subject matter speaks both to the diversity of the metropolis and his reach as a writer.” Sounds like the next best thing to being there.