For Romance Fans: A Regency Classic, Plus 7 More 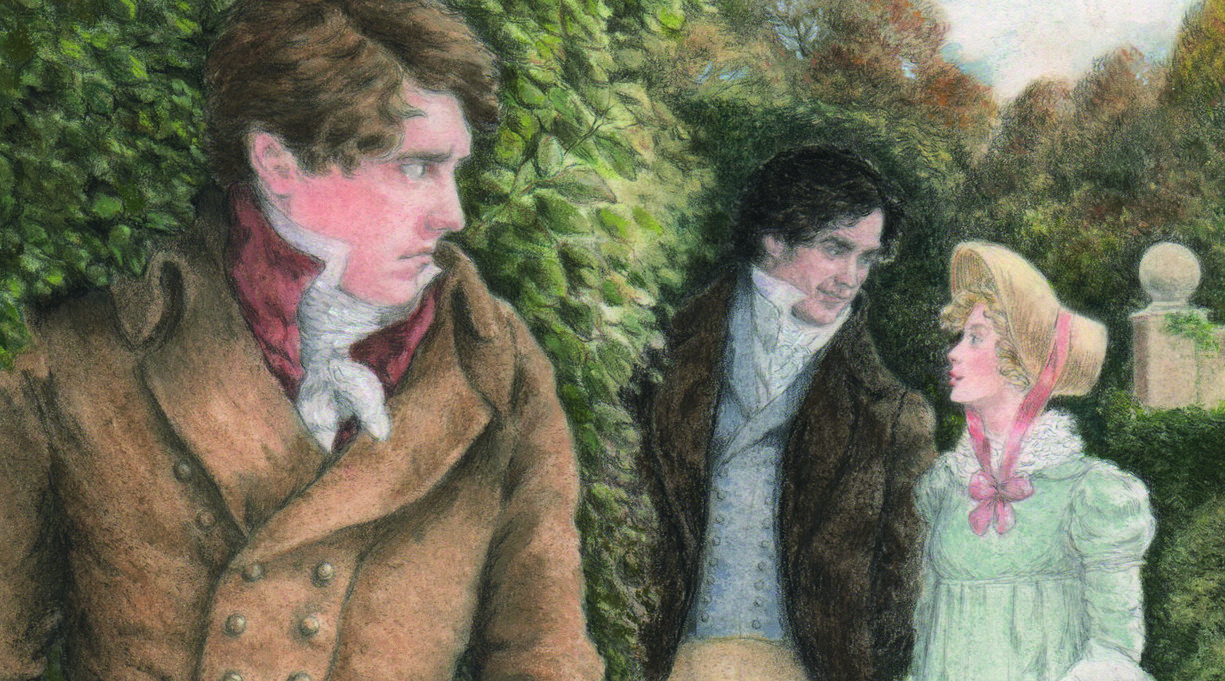 The Folio Society is known for lush, beautifully illustrated editions of classic books—you can buy the complete Jane Austen from them, or T.S. Eliot or Thomas Hardy or any of the Brontës. They also publish more recent fiction, like The Color Purple, and plenty of mysteries, thrillers, and SF/Fantasy. They have a partnership with Marvel, producing fan favorites like Spider Man and Captain America, and they’re working on a gorgeous set of George R.R. Martin’s A Song of Fire and Ice novels. But despite the success of their genre titles, they hadn’t published any romance until recently, when they ventured into the territory with Georgette Heyer’s Venetia, originally published in 1958.

Though romance novels sell like hotcakes, the genre has had a problem gaining respect. Could it be because the books are primarily written, and read, by women? I’m thrilled that the Folio Society is adding romance to the canon, but I wish they hadn’t felt the need to signal that the genre should be taken seriously by having a man—Stephen Fry—write the introduction and that Fry hadn’t started off like this:

“From the absolutely appalling cover art that has defaced her books since she was first published, you would think Georgette Heyer the most gooey, ghastly, cutesy, sentimental and trashy author who ever put pen to paper.” But never fear, dear reader! Fry goes on to say that “her stories satisfy all the requirements of romantic fiction, but the language she uses, the dialogue, the ironic awareness, the satire and insight—these rise far above the genre.” Ah, the old “transcends the genre” trope, which is just as much a cliché as any cliché the writer is looking down his nose at.

But it’s Valentine’s Day, and perhaps you are ready for a dose of reading pleasure, whatever Stephen Fry might think. Maybe you’d get a kick out of a book cover featuring a smoldering woman in a fur-trimmed gown, and Julie Anne Long’s Palace of Rogues series would be a great place to start. The first volume, Lady Derring Takes a Lover (Avon, 2019), introduces Delilah Swanpole, Countess of Derring, whose husband leaves her penniless at his death—except for a mysterious abandoned building by the London docks. Delilah sells her jewelry to raise money and, for reasons that make perfect sense in context, teams up with Angelique Breedlove, her late husband’s mistress, to renovate the building into a boardinghouse they call The Grand Palace on the Thames. And then, of course, Delilah finds love, as does Angelique in the next book, Angel in a Devil’s Arms (Avon, 2019). The third and fourth books, I’m Only Wicked With You (Avon, 2021) and After Dark With the Duke (Avon, 2021), follow the Grand Palace’s guests as they pair up, first an impetuous young aristocratic woman with a self-made American man and then a scandalous opera singer with a rigid military hero who also happens to be (surprise!) a duke.

If the Regency period isn’t your thing, try Seressia Glass’ The Love Con (Berkley, Dec. 14), about an aspiring costumer who ropes her best friend into posing as her boyfriend during a cosplay competition. Our starred review says, “Kenya is a heroine who staunchly refuses to exist on the sidelines, fighting to prove that she deserves every aspiration she dreams of reaching.” Or Anita Kelly’s Love Other Disasters (Forever, Jan. 18), which takes place on the set of a TV cooking competition and which our starred review calls “a delectable queer romance.” In Sara Desai’s The Singles Table (Berkley, Nov. 16), “a fun-loving lawyer promises to play matchmaker for a surly (but smoking-hot) businessman,” according to our starred review, which calls it “a beautifully told rom-com that’s full of laughs, heart, and scorching sexual tension.” Just the thing to heat up another pandemic winter.