Before an Abundant Spring, a Plentiful Winter: 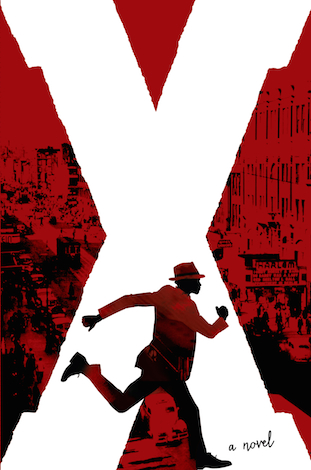 Relative time is a strange thing. As I write this, it’s just around Thanksgiving. As you read this, it’s the new year. And Kirkus being ferociously pre-publication in its reviewing, I am thick into March 2015 books now, and boy, is there a lot to look forward to.

Coming in January are two hotly anticipated novels, Stella by Starlight, by Sharon M. Draper, and X, by Ilyasah Shabazz with Kekla Magoon. The first tells the story of how African-American Stella and her brother witnessed a cross-burning; the second is a novel abo

ut the youth of Malcolm Little, as told by one of his daughters, with the assistance of Magoon. Two picture books everyone should take note of are Draw What You See, a biography of artist Benny Andrews by Kathleen Benson and illustrated with Andrews’ paintings, and 28 Days, which gives readers glimpses into 28 landmark moments in black history as captured by Charles R. Smith and illustrator Shane W. Evans.

(All of these books are clearly timed for Black History Month; here’s hoping the rest of the year sees many more books by and about African-Americans and other people of color.)

Looking to February, I’m excited by Pam Muñoz Ryan’s Echo, an ambitious novel that plaits together four different stories and times in one exploration of the power of music. Marie-Louise Gay introduces readers to Princess Pistachio, who, like many children, is convinced she was plucked from the arms of her royal parents by an evil witch and plunked down with the perfectly ordinary Shoelaces. And Linda Booth Sweeney and Jana Christy anticipate springtime with clipped verse and saturated colors in When the Wind Blows.

March brings a positive glut of teen fantasy, with sequels to Rachel Hartman’s Seraphina, Marie Rutkoski’s The Winner’s Curse, Leah Cypess’ Death Sworn, E.K. Johnston’s The Story of Owen and more—one hardly wants spring to come with such a winter before us. But come it will, with new books by Ed Young, Matt de la Peña, Mitali Perkins, Andrea Cheng and more. I can hardly wait.—V.S.

Vicky Smith is the children’s & teen editor at Kirkus Reviews.