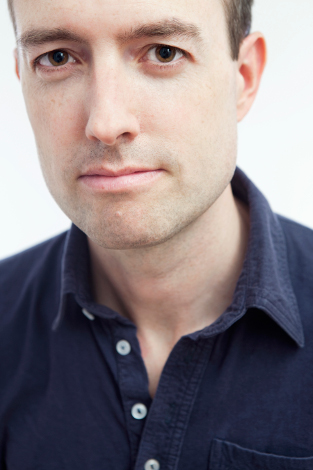 “My interest has always been interior life—imagining the texture of other people’s experiences,” says Adam Haslett, whose debut novel, Union Atlantic, was a finalist for the National Book Award and Pulitzer Prize.

“One thing I love about great literature is that it absorbs me,” he says. “It slows down the nervous tick-tock of daily life into contemplation of something that’s ultimately more important, but strangely often ignored, which is our imagined lives—the things we imagine about ourselves and each other.”

Haslett conjures the interior lives of a family of five in his stunning sophomore novel, Imagine Me Gone. After learning that her British fiance, John, has been committed to a mental institution, Margaret, a young American abroad, must decide whether to honor their engagement.

Decades later, she remembers meeting John’s doctor at the asylum: “ ‘There’s an imbalance,’ [the doctor] said, crossing his legs....'You could say his mind closes down. It goes into a sort of hibernation. He needs rest and sometimes a bit of waking up, which may not be necessary right now, but which we can do if it becomes so,’ ” Haslett writes.

“The light in that room was a kind of malpractice,” Margaret observes.

Reader, she marries him—but not without cost. Imagine Me Gone iterates the toll mental illness exacts on John, Margaret, and their children, Michael, Celia, and Alec.

It is the exquisite, aching fictionalization of Haslett’s own family’s story.

“That event [at the asylum] has always been a kind of touchstone for me,” he says, “because if my mother had decided differently in that moment, or if the doctor had guided her differently, then I might not be here.”

Michael—based on Haslett’s older brother, Tim, to whom the book is dedicated—is the one to inherit a form of what their father calls “the monster.” It manifests alongside a lively intelligence and a wicked sense of humor.

A family therapy session, recounted by Michael: “Mom ordered by Gus [the therapist] to Reeducation Camp Worcester to meet disciplinary standards for therapeutic self-description. Junior members of the unit did not object. Countermanding the instruction, however, Mom ordered a cruise-missile strike from the USS Passive Disdain, a destroyer under her command presently operating in the waters off Cape Cod. Camp Worcester reported leveled,” Haslett writes.

“This was a difficult book to write, in many ways, but the pleasures were keenest in creating those absurd, parodical worlds that the Michael character lives in and expresses himself through,” Haslett says. “The headlines may be about its dark material, but there is humor in the book—I, myself, wouldn’t have been able to get through it, and I wouldn’t imagine the reader could, without the contrast.”

In adulthood, Michael’s siblings walk a tightrope of responsibility and resentment in caring for their older brother. One of many gorgeous metaphors summarizes:

“[W]e monitored each other’s responsibility for the family, watchful for any sign of defection, as though we were on a desert island together, each surreptitiously building an escape raft that the other occasionally burned,” Haslett writes in a section narrated by Celia.

“A great deal is about the siblings’ relationships with each other,” says Haslett, “the Alec character being the most autobiographical...with a desire to control things that runs up against the impossibility of doing so. In Celia the sister’s chapters, there’s a turn to psychology and therapy and another way of understanding/controlling/making sense of a family situation that is not always in crisis but unrelenting.

“As creations of mine, it’s hard to admire or criticize,” he says. “They’re all, in some ways, voices in my own head.”