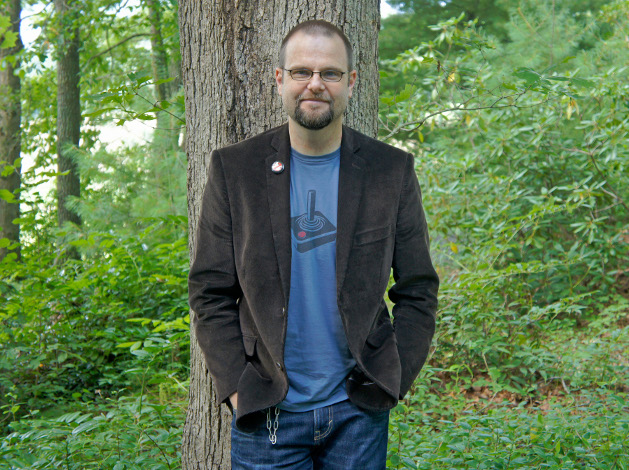 To many Americans, the plight of refugees can seem remote—until you find their boat.

Middle-grade novelist Alan Gratz was vacationing in the Florida Keys when his family discovered an abandoned escape raft during a walk on the beach.

“It was clearly a raft from some other place in the Caribbean, trying to get to America,” says Gratz, whom Kirkus reached in North Carolina. “It was a stunner to me and my family...realizing, here we are, having this comfy vacation in the Florida Keys, and this family was struggling to survive to get to America for freedom.

“It made me question my own privilege in the moment,” he says, “the freedom I enjoy and take for granted every day.”

Gratz is the author of several books for young readers, including the acclaimed historical novels Projekt 1065 and Prisoner B-3087. He’d been contemplating a third book on World War II—set aboard the MS St. Louis, a German ocean liner that sailed for Cuba in 1939 with 900 Jewish refugees aboard—and was closely following the Syrian refugee crisis in the news.

“All three of those things came together for me,” the author says of his latest middle-grade novel, Refugee. “What if I found a way to put the life of a refugee in context by showing how different people from different places in different eras have gone through this ordeal time and again?”

Refugee is the story of three distinctive young people bound through time and space by the shared experience of persecution and flight: Josef Landau is a 12-year-old Jewish boy in Nazi-occupied Berlin in 1938 whose father was sent to a concentration camp for continuing to practice law. Isabel Fernandez, 11, is growing up just outside of Havana, Cuba, during Castro’s reign in 1994; her father was just released from a year in prison after attempting to escape the island. And Mahmoud Bishara, 12, a Sunni Muslim boy in Aleppo, Syria, in 2015, lives in a city under siege by Bashar al-Assad.

“With a jolt of surprise, Mahmoud realized this kind of thing did happen every day,” Gratz writes. “Just not to them. Until now.”

Among the many things Gratz hopes readers will recognize is that refugees effectively have no choice when it comes to leaving home.

“These are all people who love the country that they live in,” Gratz says. “They had a community, they had friends and family. They don’t want to leave; they’re forced to. The experience of being turned away from place after place, the idea that tomorrow will be better if we can just keep pushing forward and keep moving—there were so many echoes that I saw in these stories.”

Josef, Isabel, and Mahmoud must all assume responsibilities beyond their years. Though the details of their desires differ, they wish for and work toward the same goal: “Clothes, food, sports, movies, travel, school, opportunity,” Gratz writes. “It all sounded so wonderful, but when it came down to it, all Isabel really wanted was a place where she and her family could be together, and happy.”

In a starred review, Kirkus calls Refugee “poignant, respectful, and historically accurate while pulsating with emotional turmoil, adventure, and suspense.”

“My hope, of course, is kids will read this book and be motivated to seek change,” says Gratz. “That they will see something in the world that they want to make better.”