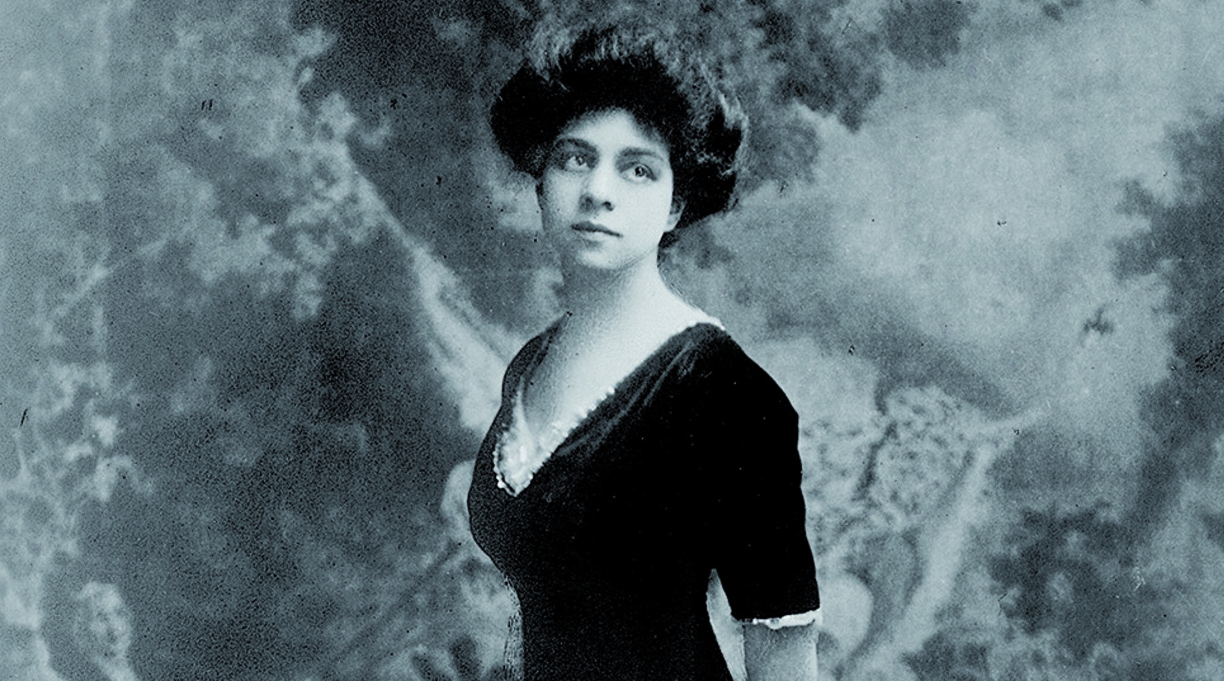 Alexandra Lapierre is well known for chronicling the extraordinary lives of historical women. Born in France, educated at the Sorbonne and the University of Southern California, the acclaimed novelist and biographer travels the globe in pursuit of primary sources, with the intention of restoring these women—Fanny Stevenson, Artemisia Gentileschi—to the collective consciousness.

“I am interested in telling, as accurately as possible, the lives of people that have been forgotten,” Lapierre tells Kirkus, via Zoom, from Paris. “And it generally starts by being a little bit mad, saying, How is it possible that this story has not been told?!”

Those as yet unacquainted with Belle de Costa Greene, the subject of Lapierre’s outstanding new novel, Belle Greene (Europa Editions, June 14), translated from the French by Tina Kover, may soon find themselves similarly outraged: How is it possible we’ve heard so little about the remarkable Belle Greene? Born into an elite Black family in Washington, D.C., in 1879, Belle Marion Greene moved to New York City with her mother and siblings as a teenager and made a pact with them to pass as White. This secret threatened their safety every day; it also enabled Belle to secure a librarian post at Princeton University, which led her to manage and develop banking magnate J.P. Morgan’s personal library. She eventually became one of Morgan’s most trusted advisers and the highest-paid woman in the United States. Bold, ambitious, and insatiably curious, she lived life to its fullest: She drank, danced, traveled the world, loved freely, and dressed to the nines. “Just because I’m a librarian doesn’t mean I have to dress like one!” she famously remarked.

“I became completely obsessed with her,” says Lapierre, who first learned of Greene while doing research for Fanny Stevenson: A Romance of Destiny at the Morgan Library in the early 1990s. “She broke all the rules: to be unmarried at the beginning of the 20th century, to have a career where you start from zero and you’re going to become the [highest-paid] woman in America. To think that she was working like hell but at the same time dancing, drinking, meeting everybody, [with] this fear of losing everything every second! She lived as if she was going to die the next day. She is amazingly alive.”

For Lapierre, bringing a historical figure back to life in fiction required extensive research. Among the archives she visited in order to write Belle’s life was Villa I Tatti, the Tuscan estate of art critic Bernard Berenson (1865-1959), with whom Belle had a significant, tempestuous love affair. The estate possesses the full cache of Belle’s letters to Berenson: 628 in all, and the longest is 28 pages. When Lapierre arrived in Florence, she had no idea she’d be prohibited from scanning or photographing the letters (they were being proprietarily scanned by the Morgan Library at the time). To extract the information, she’d have to copy them by hand—using pencil, not pen—and fast.

“I was furious at the beginning,” Lapierre says, laughing. “But it was an incredible experience because after the 10th letter, I was in her head. If you copy with your own hand, ‘my love, you are just betraying me in every way’… little by little, after a week, you’re in the woman’s head. That proved absolutely fantastic, because I could think like Belle after a while. The way she built her sentences, the way she joked, the way she manipulated Berenson, making him jealous. When you do it yourself, it is incredible.”

The dialogue of Belle Greene draws on Belle’s own words, and, as Lapierre writes in a note to readers, “even the most novelistic scenes, the most trivial incidents, are the fruit of thorough archival research in Italy, England, and America, and…even the smallest details are based on documented evidence.” These methods created an undeniably compelling, multifaceted character with an unforgettable voice:

“I have no intention of marrying anyone, Mr. Morgan,” [Belle] said finally, her voice toneless. “But if I did, your threats to cut me out of your will would not change my decision. I am free to love whomever I choose. Free to start a family, if I wish. Free in myself, and free in my feelings. The time I share with you—the evenings, the Sundays, the summers, every national holiday, every vacation—I choose to share, of my own free will. I care for you very much, and it’s a gift on my part. Because I could leave here at any time. Contrary to what you believe, you have no rights over me. I am not your possession!”

By the time readers reach this heated exchange with boss J.P. Morgan, on the subject of whether she intends to wed, the response will read as typically Belle: daring, clever, and brave—words that wouldn’t be out of place in characterizing Lapierre’s own achievement. In a starred review, Kirkus calls Belle Greene “an engaging story about a brilliant woman who risks everything,” joining an international chorus of acclaim. The novel has already won awards and praise in France, where it was originally published in January 2021. Now the author is excited to share it with an American audience.

“Belle is the portrait of an amazing American lady in every way,” she says. “She embodies everything that we are fighting for today—against racism, against [chauvinism], equality for everyone, women and men. She’s all that. For me to be able to show that there was, at [this] point in history, a woman who embodied all that freedom is extremely important.”

Editor at large Megan Labrise is the host of the Fully Booked podcast.