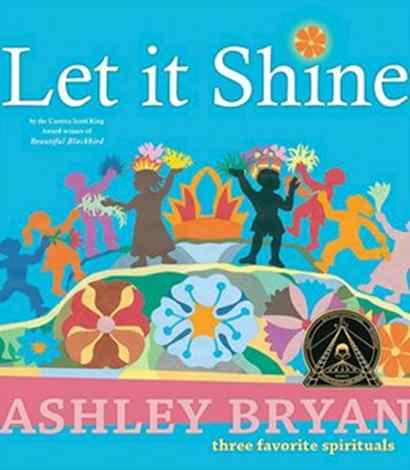 The Theater at the Dallas Convention Center was packed on Monday morning, filled with librarians and children's literature enthusiasts waiting to see what books, authors and illustrators would be recognized among the 2012 American Library Association awards.

We went in happy, and, for the most part, we left happy. The various ALA division presidents named the awards and honors they were responsible for, and we all clapped appropriately. To be sure, anyone listening would have heard many iterations of "What happened to [insert title of favorite book here]?" But for the most part, the event proceeded smoothly, with relatively few shrieks of abandoned joy or gasps of outrage.

(Perhaps it was lack of caffeine that made things seem more subdued to me than usual—despite the throngs passing by, the convention center coffee shop remained resolutely closed. It would have been a banner morning for them had they decided to open just one hour earlier.)

The exception was the announcement of the Coretta Scott King–Virginia Hamilton Lifetime Achievement Award. The award was established to honor the legacy of Virginia Hamilton, the first African-American to win the Newbery Medal (for M.C. Higgins, the Great) and the first author of children's books to win a MacArthur "genius" grant. It recognizes "outstanding African-American authors, illustrators or author/illustrators and practitioners for lasting and significant contributions to youth or young adult literature."

The crowd surged to its collective feet upon hearing this year's winner: Ashley Bryan.

Bryan has had a long and distinguished career both in academia (he retired as professor of art at Dartmouth in the ’80s) and as a children's book author and illustrator. He has won the Coretta Scott King Award multiple times, and his books range from retellings of African and Caribbean folktales to celebrations of African-American spirituals. And in the spirit of the folk tradition, he has shared his culture and his passion for words and images with an open-hearted generosity that both humbles and exhilarates those he touches.

Anyone who has attended one of his performances, whether in a packed ballroom, as for his acceptance of the Laura Ingalls Wilder Award in 2009, or in a church basement with an audience of preschoolers, has felt it. He doesn't just talk, and he certainly doesn’t just read. He involves his audience in a shared celebration of the written or sung word using a call-and-response delivery that thrills.

"My People!" he declaims, hands in the air, beginning his reading of the famous Langston Hughes poem. "MY PEOPLE!" his audience thunders back. And even though Hughes was writing as "the darker brother," when Bryan involves his audience we are all, regardless of color, his people.

Though he’s nearing 90, Bryan doesn’t seem to have slowed down one jot. His travel schedule takes him from his home on Little Cranberry Island off the coast of Maine to schools, libraries and conferences all over the world, often for months at a time. He’ll be in Anaheim, Calif., this summer, accepting the Virginia Hamilton Award, and the audience will be on its feet there, all of us, his people.

Vicky Smith is the children's & teen editor at Kirkus.