An Interview With Nick Wood 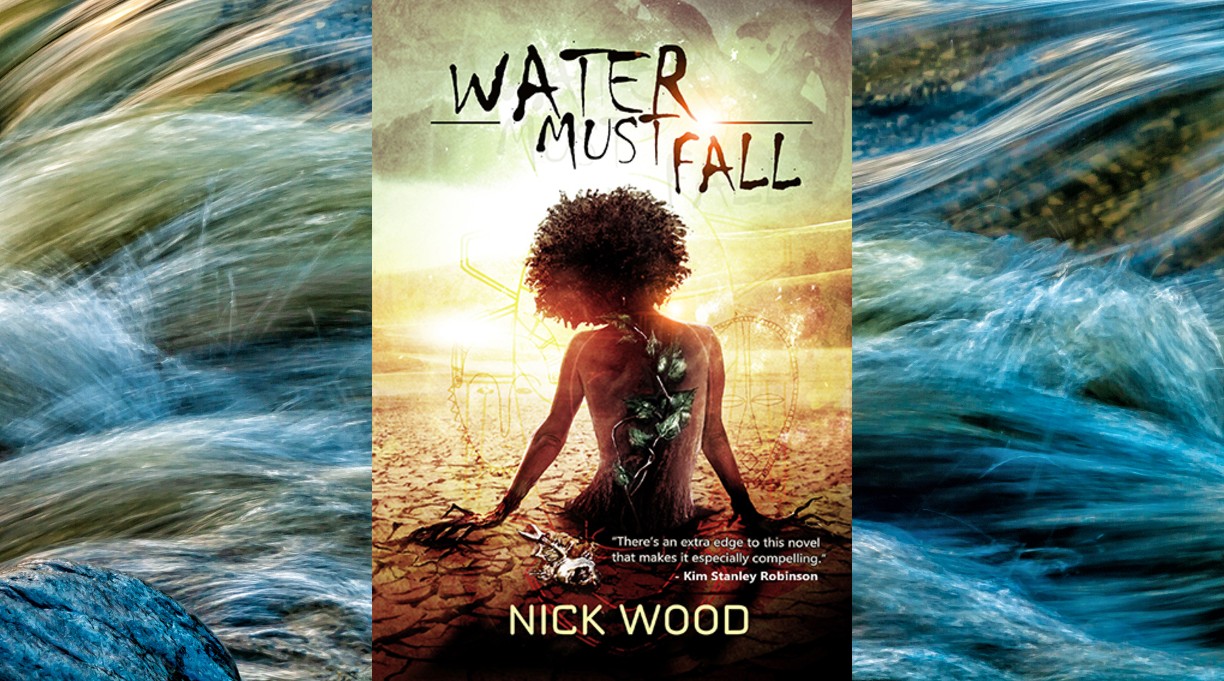 “In my university days, I felt a bit ashamed” about being a science fiction reader, Nick Wood says, “because it was seen as a sort of third-rate literature.” To boost his intellectual credibility, he started reading French writers like Albert Camus and Simone de Beauvoir, but he returned to his favorite genre. “Actually, science fiction is intellectual,” he says. “For me, it’s the most active and engaging kind of fiction that there is, because it’s about what we are now and who we want to become.”

Wood has no trouble listing his favorite writers—Isaac Asimov, John W. Campbell, Joanna Russ, and Marge Piercy top the list. He admires Ursula K. Le Guin, and the feeling was mutual. “For my first book, she wrote a little blurb, which was very nice,” he says. As a South African expatriate (Wood was born in Zambia and currently lives in England, but South Africa is the place he thinks of as home), he also follows the work of other writers from the African diaspora, including Lauren Beukes, Nnedi Okorafor, and Tade Thompson, with whom he co-wrote the novella The Last Pantheon.

Wood, who worked as a psychologist in New Zealand and the United Kingdom, is now retired because of health issues—“I got a decent package because they said they didn’t understand how I carried on working for so long. It was just that it was important to me”—and focuses on writing as his health allows. His most recent book, Water Must Fall, is set in South Africa and what has become, by 2048, the Federated States of America. On both continents, access to water—and the control of it—is on everyone’s mind:

The California Aqueduct rumbled under the wall in the dusty yellow-brown fields, glinting in the sun. Closer in, but numbingly empty, was the great Bakersfield-Kettleman City Up-Hill Aqueduct, switched off from Kern Water banks, in the escalating North-South Water war. That had been just before the failure of the Cal WaterFix tunnels, and NorthCal declared political separation, to build the wall.

In South Africa, Lizette Mason uses her relative privilege to support an impoverished local collective, while her husband, Graham, deals with his fear through greed and cynicism. In California, environmental bureaucrat Arthur Green tries to keep the public water supply out of the hands of corrupt businesses. “It’s a book about now, and it’s a book about the future,” Wood says. Kirkus Reviews calls it “well-considered social SF—an engrossing, foreboding, and uncomfortable offering.”

The Kirkus reviewer was not the only one who found the book uncomfortable at times. Wood acknowledges that he offers a bleak interpretation of what the future might hold, but he assures readers that he isn’t out to depress them and that the book’s conclusion offers a dose of hope. “Don’t just drop out because it feels too hard or too miserable,” he says. “The optimism comes toward the end.”

Wood did his best to ensure that the book was accurate as well as thought-provoking, consulting with both cultural and subject-matter experts during the writing process. “I was very careful not to make assumptions,” he says, about anything from hydroengineering to American culture, a topic that Wood, as a South African, finds particularly intriguing. “I was interested in looking at some of the parallels between the countries, some of the synergies between what’s happened in America and…in South Africa.”

Wood has been writing about climate change for more than a decade, beginning with a short story he completed in 2008, and he thinks fiction offers the best opportunities for getting past defense mechanisms and reaching a receptive audience in a polarized world. “It’s a big story. It’s hard to get hold of,” he says. “There’s no obvious way of tackling it, so people prefer to stay quiet and carry on and hide away, bury their heads in the sand.” While scientists can discuss facts, he says, readers are “far more likely to engage with those ideas [through stories] than if they were presented as a rational argument.” In Wood’s opinion, novelists who understand their audience’s emotions are in the best position to change minds and inspire action. “If you can get someone into a story so that they’re almost living it…[it] could change their behavior.”

In order to meet readers where they are, Wood thinks of his characters as entry points into the story and deliberately includes characters with a variety of backgrounds and mindsets. Even the notably unsympathetic Graham, Wood says, gives him a way to “rupture the old stereotypes about who’s bad and who’s good, because we’re all complicit at the end of the day.”

That’s also why Wood is currently working on a sequel to Water Must Fall that will have a decidedly more optimistic tone. “That’s going to be the change, the eco-utopia. The seeds of change are toward the end of the book,” he says. Wood hopes to finish writing Earth Shall Rise by the end of the year, for publication in 2022.

In addition to promoting an environmental message through his fiction and writing about “what it means to be human, now and in the future,” Wood also engages with the work of present-day activists taking on water shortages and other climate issues. He points to the work of one woman he recently met through an online conference. While living at a subsistence level in a house she built by herself, she is also a leader in a women’s water collective. “She’s fighting, and she’s training other women,” he says. That’s why the author of an often bleak novel about climate change in the fictional near future describes himself as “cautiously optimistic” about the possibility of a better outcome in the real world.