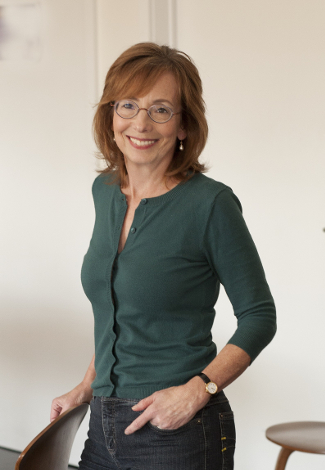 On the eve of the publication of Ann Packer’s third novel, The Children’s Crusade, the critically acclaimed New York Times bestselling author tells me she is anticipating the following question: “What made you want to write the book in 10 sections, from four different first-person narrators and covering five decades?”

Her answer is simple and at the ready.

“I didn’t! I didn’t want to do that!” Packer laughs into the phone from her home in northern California. “It just happened!”

After finishing her 2011 story collection, Swim Back to Me, Packer—whose previous works also include novels The Dive from Clausen’s Pier and Songs Without Words and story collection Mendocino and Other Stories—began thinking about her next project. She pulled from a drawer the early pages of a novel she wrote several years prior about adult siblings but had shelved when the book failed to ignite in the way she’d hoped. Wanting to see if she could breathe new life into the pages, Packer dusted them off and began to tinker.

“As I was playing around, I suddenly started thinking about a property in Portola Valley near where I live and remembered being a child and visiting family friends,” she says. “It was so different than my childhood, the childhood that I imagined for them. It was so much more free and unsupervised and involved a large piece of land that was ungroomed and had trails and fallen oak leaves.”

Out of her memory of those childhood visits, the setting and characters for her next novel emerged.

“I was picturing four children sort of running around barefoot. And this being a book by me, I started to get worried they would need a tetanus shot. So I gave them a doctor for a father,” Packer says. “Suddenly I had these four kids and a pediatrician father and that is sort of where it took off.”

Not wanting to waste the pages she’d been tinkering with, Packer says she had a “light bulb moment” in which she decided to meld the two ideas together, alternating present-day narration told from the perspectives of the adult siblings with third-person omniscient flashbacks to critical moments in their Portola Valley childhood.

Packer had never used a third-person omniscient narrator in previous work and was always somewhat daunted by it. The challenge turned out to be the most exciting part of writing The Children’s Crusade.

“I had a great time writing the third person sections. Trying to get the movements in and out of different consciousness right, trying to make it feel seamless and organic, that was the fun part,” she says.

The Children’s Crusade opens in 1954, as Bill Blair—a U.S. navy veteran recently returned from the Korean war—discovers a piece of undeveloped land in Portola Valley, California. In the land he sees hope for the future, a salvation from the horrors of war of which he never speaks. He impulsively purchases the land and soon after meets and marries Penny, the daughter of a local jeweler. They build a house on the property and have four children. Three are planned: Robert, Rebecca, and Ryan. The youngest, James, is a surprise, and f

or Penny, an unhappy one. She is overwhelmed by her children, especially James, the chronic problem child prone to tantrums. In Bill she finds no solace, as his guiding principle that “children deserve care” makes him a tender, doting, devoted pediatrician and father but leaves him an emotionally absent husband. Penny’s growing discontent with domesticity and resentment toward Bill’s unwavering focus on the children is an ominous undercurrent to what should be an idyllic family life. Penny seeks refuge in her art and withdraws from her husband and children. Her slow, cold, and sometimes cruel detachment becomes the confusing, painful,l and reigning narrative of her children’s young lives.

James, who is the object of much of Penny’s bitterness, flees home after high school and spends years as a drifter, keeping in only sporadic touch with his family. His siblings have settled into mostly-content middle age near their childhood home when James makes a sudden and unannounced return to Portola Valley. The siblings alternate telling the story of James’ return, which ultimately forces them into an unexpected reckoning with their childhood and with one another.

Packer demurs when I ask which characters she feels tenderness for, which she dislikes. “My relationship to my characters is really technical,” she says. “It’s about whether the sentences are coming together in a way that makes the characters do what I need them to do.”

Her objectivity is evident. Packer is never heavy-handed; she stays out of the way, deftly allowing the characters to speak for themselves. Reading the novel brings to mind the maxim that there exist three sides to every story: yours, mine, and the truth. There exist five sides to the Blair siblings’ story, and Packer gives each its due, trusting readers of this searing, deeply felt novel to deduce the truth for themselves.

Lauren Lavelle is a writer based in New York City.