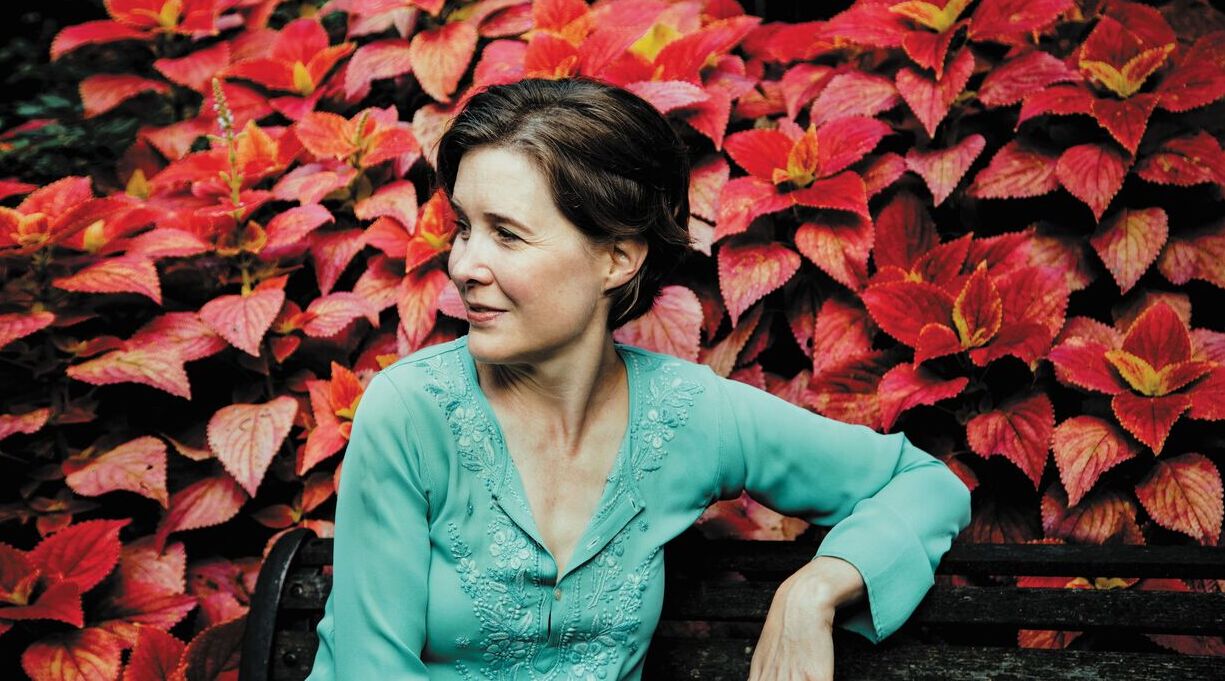 When lockdown hit in March 2020, Ann Patchett had been planning to begin work on her ninth novel. But, as she explains in the introduction to These Precious Days (Harper/HarperCollins, Nov. 23), her new essay collection, the formerly silly fear that she might die before completing the novel—a concern that popped up during the composition of each of her previous books, from The Patron Saint of Liars (1992) to The Dutch House (2019)—suddenly seemed a little too real. So she trained her focus on nonfiction and the now-pressing question of, as she puts it, “what matters most in this precarious and precious life.”

She answers this not philosophically or generally but through 22 personal essays that circle that theme. These Precious Days is filled with stories of Patchett’s relationships, family, house, and career, told, according to our reviewer, “with candor, emotion, and knockout storytelling power.”

We spoke to her by Zoom to learn more. Our conversation has been edited for length and clarity.

The title essay of this book is an ode to a great friendship cut short. You’ve written about this topic before—most famously about your friendship with Lucy Grealy in the memoir Truth and Beauty.

People have always said to me, “What do you think would have happened if you had written that book when Lucy was alive? Well, of course, Lucy would have loved it. That stuck with me—what if you write about the people you love while they’re still around? That inspired the essay about my best friend Tavia, and the title essay is an example of it, too. Though I knew Sooki would die, she was very much alive when the piece was written and published.

Sooki was Tom Hanks’ assistant. You met her when you interviewed Tom in D.C., bonded over email, then ended up hosting her in your home as she underwent chemo during quarantine.

I started thinking about the essay while Sooki was staying with us—we had been talking for months and months and doing everything together. Then the last night, I sat her down with a list of questions. I wasn’t sure how she would react because she was so private. But she just bloomed. People really do enjoy the genuine, engaged attention of another human being.

She went on to read many different drafts of the essay—it was hugely important to her.

She corrected me on little factual things—like which city she and Tom were in when making a particular movie—but the biggest correction was about when we did mushrooms. I thought I had offered to be with her while she did it, and she said, “Oh no, we were always going to do it together.”

Ah yes, the infamous Ann Patchett–on-mushrooms incident. Your readers may be surprised to hear about this.

So many memoirs are about dysfunction and tragedy, but this book is largely about good fortune and happiness, even when you are talking about the tragedy of Sooki or the loss of your father. You even write frankly about having money, which is rare. For example, in “My Three Fathers,” you explain that your father finally came around to your becoming a writer rather than a dental hygienist when he realized you had become rich.

This is just how I am. I’m not making a decision to reveal or to suppress or to appear a certain way. I have a neighbor who’s an oncologist, and we had a really helpful conversation about Sooki after her death. A week later he read “These Precious Days” in Harper’s—

—Him and everybody else! It was the “Cat Person” of the pandemic.

It must be the most widely read thing I’ve ever written in my life. He said, “How could you have written that? How are you so open? I found it almost unnerving.” I told him, “It’s just who I am.”

One of the most challenging pieces in the book, with regard to privilege, was “Flight Plan,” an essay I’ve been trying to write for years. I found notes that were 10 years old, from when I sat down with a spiral notebook and interviewed my husband Karl about all the different planes he’d flown and experiences he’d had. But I could not figure out a way to write the piece, because it just was so Boo hoo, Ann Patchett has a plane. That must be really hard. I didn’t know how to get past the grossness of it.

And you went through this process multiple times? That’s a lot of work.

The last person to show me a weak sister was my editor, Jonathan Burnham, who gently suggested I take out a profile of Reese Witherspoon I was really proud of. Jonathan said, “It’s a celebrity profile, it just doesn’t fit.” So now I’ve got this 5,000-word hole, and we’re almost ready to go to publication. OK, what have I never written about?

People have been asking me to write about not having children for as long as I have been writing, and I’ve always said it’s not interesting. Yet I don’t even remember writing that piece, I wrote it so fast, it was like flames were coming out of my computer. I had so many things to say.

As our reviewer said, some of them are pretty testy.

That’s part of the reason I didn’t want to publish this piece in a magazine. Because in the typical draconian fact-checking process, they’d have to go back to every person in it and confirm certain horrible things that were said. Like the famous writer I call Q, who tells me there’s no chance of being a real writer if you don’t have children. They’d have to call him.

Well, you big fake, what are you writing now?

Nothing, I’m afraid. I’m doing publicity for this book in several countries, plus interviewing all the writers who are doing virtual events at the bookstore this fall; it’s Parnassus’ 10th anniversary. Realistically, I’m not going to get back to that novel I’ve been thinking about for three years until Christmas.

My plan is to keep my mask on and milk the pandemic as long as possible. I have loved being home, not putting on high heels, not getting up on a stage, not making anybody laugh. I’m not in a Marriott, and I don’t have to go to the airport in the morning. Ann Patchett as performance art is done.

Marion Winik is the author of The Big Book of the Dead and other titles.