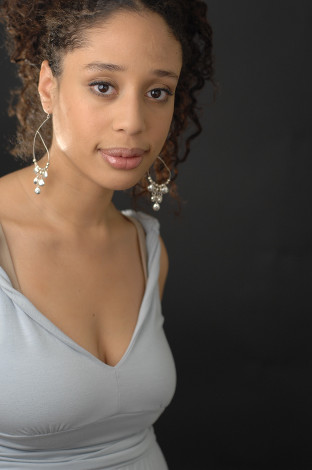 Alaya Dawn Johnson has “always loved Brazilian music, Brazilian culture.” Her sister spent her junior year in college studying there, Johnson visited her and that’s when she “really fell in love with it.” So it’s unsurprising that she set The Summer Prince in the future Brazilian tiered city of Palmares Três, constructed after the dirty bombs and the plagues.

Despite being science fiction, the novel has a strong mythic component. Teenage artist June engages in subversive collaborative art projects with (and falls in love with) Enki, the city’s summer king, who will be ritually killed during Carnival.

Johnson drew inspiration for her story from The Golden Bough and Guy Gavriel Kay’s The Summer Tree. She had “this idea about taking this young, beautiful man, [sacrificing himself] for the good of the community.” It’s a theme common to many cultures, she notes, including Celtic and pre-Colombian societies, and which she also links to modern celebrity culture—many stars die young.

The Summer Prince explores the legacy of slave culture and the powerful effect of the African diaspora, which has “permeated the culture of Brazil.” The regulations of Palmares Três dictate that citizens must have skin color within a specific range—not too dark, not too light.

Enki never received the necessary genetic modifications, and in consequence, “Enki is too dark; he’s seen as exotic,” Johnson says. “He’s aware that he represents something they think they’ve gotten away from, but they really haven’t.”  Despite his great popularity (he’s the most beloved summer king in 200 years), “he’s very much an

insider/outsider…definitely a bit of an outcast.” That position is what gives Enki his “revolutionary” perspective, Johnson explains.

Art, and the importance of being true to that art, is another major theme in the story. “I very much like installation art, which is why there’s so much of it in the book,” Johnson says. “Especially Brazilian art. There’s not a bad street artist who has done a mural in São Paolo. [Every single piece] knocked me back on my heels….I cannot draw but I love imagining it.”

Although June is the primary narrator of the novel, Enki also interjects occasionally, but from a point in time after the events of the main story. Many of his comments only make sense in retrospect, and the last line of the book specifically references the poem at the beginning. “I’d like people to read from the beginning once they hit the end,” Johnson admits. She loves a book you have to reread. “Rereading it is like reading a different book,” she says.

Amy Goldschlager is an editor and book/audiobook reviewer who lives in New York City. She has worked for several major publishers, and has also contributed to the Los Angeles Review of Books, Locus, ComicMix and AudioFile magazine.