Best of 2020: A Year of Kirkus Video Interviews 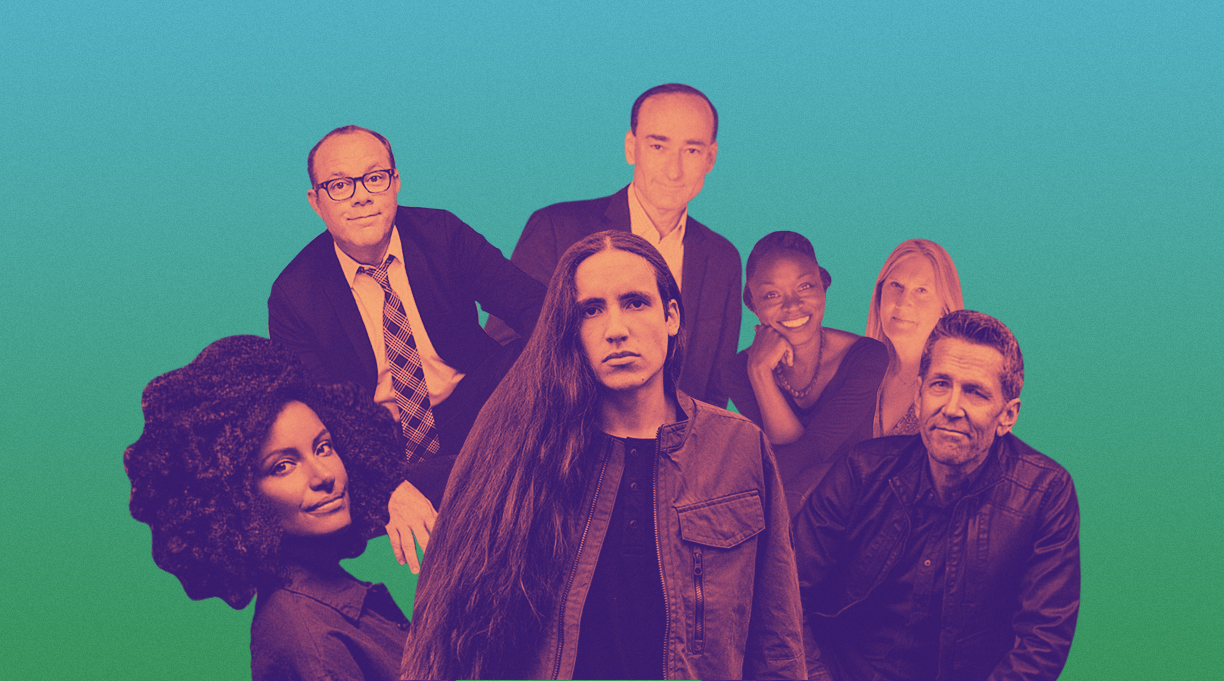 In a year marked by huge changes, Kirkus’ video interviews felt like a constant—a format that allowed for fun, substantive conversation and engagement with many authors, from those writing exciting debuts to those we’ve known and loved over the years. What follows are some of our favorite videos from the year; you’ll find the full inventory of interviews on our website.

Kiley Reid on Such a Fun Age (Dutton): Reid, a debut author this year, talks about the complexities and tensions that crop up between Alix, a young mother, and Emira, the woman who works as her nanny, beginning with the compelling narrative of a confrontation that occurs between Emira and a security guard while she runs an errand for Alix. Reid calls her book “a comedy of good intentions.”

Jennifer Finney Boylan on Good Boy: My Life in Seven Dogs (Celadon): Boylan, an opinion columnist for the New York Times and trans rights activist, takes us through the many dogs that represented different stages in her life, both pre- and post-transition. With each dog, she learns something new about love, loss, and,ultimately, the power of unqualified acceptance from her loved ones, both human and canine.

Echo Brown on Black Girl Unlimited: The Remarkable Story of a Teenage Wizard (Henry Holt and Co. Books for Young Readers): Brown’s luminous debut is a hybrid of memoir and magical realism that dives into the experience of growing up on the East Side of Cleveland, Ohio. Brown gives magical abilities only to her female characters, challenging a patriarchal paradigm that so often paints women with powers as forces for evil. As one of Brown’s wizarding maxims advocates: “Uncover your true potential regardless of the obstacles in front of you.”

Tom Papa on You’re Doing Great! And Other Reasons to Stay Alive (St. Martin’s): Definitely something we needed to hear this year. Stand-up comedian, podcaster, and Sirius XM host Papa breaks down the simple pleasures in life, some of his likes and dislikes, and those moments when he admits that the cultural zeitgeist has not aged well. As he puts it: “This book is about hope.”

Mary Cappello on Lecture (Transit): Ever think about going back to school? Cappello’s writing on the lecture format will most likely make up your mind. Touching on the sources of boredom and lack of curiosity in much of today’s pedagogy, Cappello turns to some of the great lecturers—Virginia Woolf, James Baldwin—who have inspired her. In this video, she expands on a gorgeous exploration of all that a lecture can and should be—a “deeply inspiring and engaging QA.”

Xiuhtezcatl Martinez on Imaginary Borders (Penguin Workshop): We promise, we aren’t trying to make you feel bad about what you were doing when you were 20. Activist and hip-hop artist Martinez takes the long view on organizing a community around climate justice and exploring activism through music. He touches on the beginnings of his family’s organization, Earth Guardians, as well as how his own involvement has shifted to one of “nurturing indigenous voices.”

Rebecca Roanhorse on Black Sun (Gallery Books): In a field that so often includes imaginings of medieval Europe, award-winning fantasy author Roanhorse’s series opener takes a fresh look at a pre-Columbian society broken into clans, including “chosen” ones, most notably a differently abled member of the Carrion Crow clan with astonishing powers. You will not be able to forget these characters or Meridian, a continent connected by sky bridges and other architectural marvels where the drama plays out.

Stephan Lee on K-Pop Confidential (Point/Scholastic): If you’ve ever wondered what it takes to be a K-Pop star, this novel will answer your questions and more. We talked with Lee about the K-Pop trainee system, one where only the most determined will be given the chance to debut in a new group. Following Candace from New Jersey to one of the biggest entertainment companies in Korea, we see her struggle both to fit in and to remain true to her own burgeoning identity as a performer and songwriter.

Chris Bohjalian on The Red Lotus (Doubleday): Bohjalian talks about the three big inspirations for his thriller—the Vietnam War (and Ken Burns’ special on the war), bike tours, and emergency rooms—plus his desire to tell the story of the war’s legacy for people in Vietnam. Having written a total of 21 books, Bohjalian can say that the best novelists are, if not outsiders, “terrific observers.”

Jess Walter on The Cold Millions (Harper): Walter, author of the No. 1 New York Times bestselling novel Beautiful Ruins, discusses the inspiration for his new novel: turn-of-the-century labor rights activist Elizabeth Gurley Flynn, and her community organizing in Spokane, Washington. Walter reflects on his hometown of Spokane, the incorporation of the fictional theater performer Ursula the Great, and his practice of writing every single day.

Johanna Zwirner is the editorial assistant.