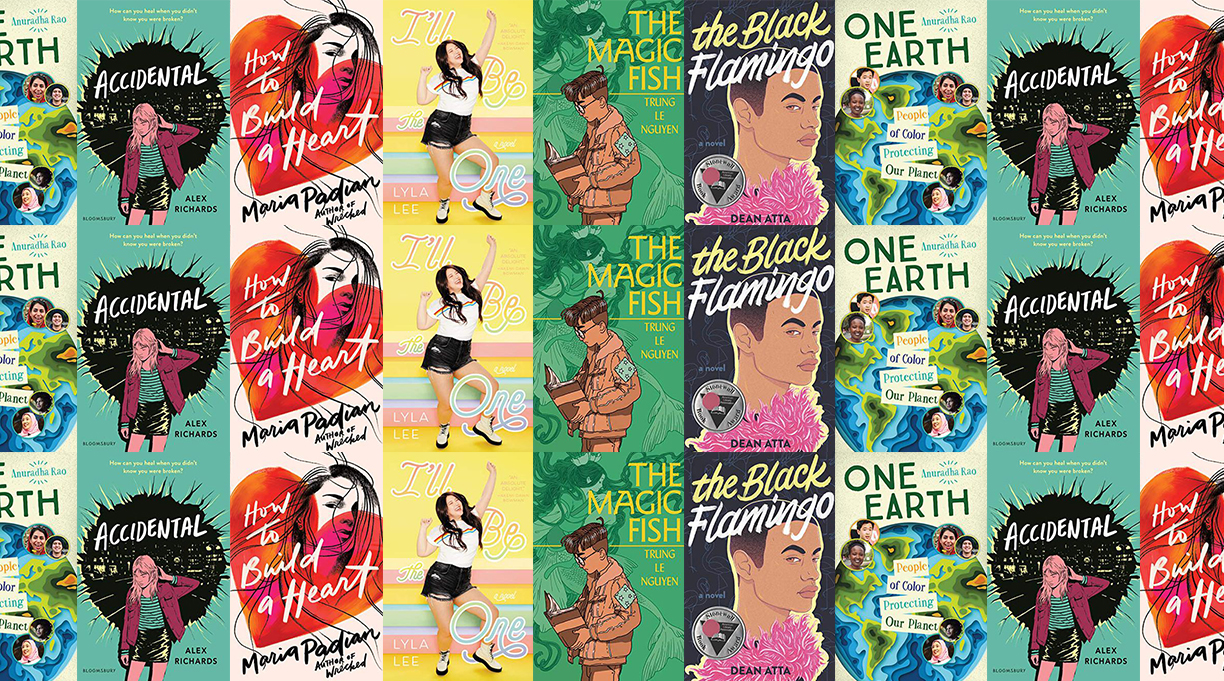 Looking over the best teen titles of 2020, there is much to celebrate: Teen readers have been well served this year by authors who—in a world where many people seek simplistic, easy answers—understand and reflect the complexity of the real world in their writing. Rather than conforming to the long-standing assumption that characters could “be diverse” in only one respect (anything else invited incredulity and claims of pandering to political correctness), these books reflect the truth that real people have many dimensions to their identities. Additionally, young people wrestle daily with complicated questions that cannot be reduced to sound bites. Representing their dreams, hopes, and struggles are a number of superlative titles that respect readers’ intelligence by inviting them to reflect deeply.

Here are just a few to whet your appetite; for the complete banquet check out the 100 Best YA Books of 2020.

How To Build a Heart by Maria Padian (Algonquin, Jan. 28): Izzy lives in a trailer park, something her wealthy friends at school don’t know. She looks more like her late father, who was White, than her Puerto Rican mother. Izzy is also pondering what Catholicism means to her while feeling curious about her estranged Protestant paternal relatives. All of these facets make up a heartfelt, indelible portrait of a young woman on the brink of adulthood.

One Earth: People of Color Protecting Our Planet by Anuradha Rao (Orca, April 7): A conservation biologist introduces readers to 20 environmental activists from around the world who are working on issues of conservation. The fascinating profiles show in a textured way how each individual’s cultural heritage motivates and informs their work, connecting them to pressing issues in ways that are embedded within their communities’ values.

The Black Flamingo by Dean Atta (Balzer + Bray/HarperCollins, May 26): Inspired by the author’s life, this verse novel follows Michael from being a child who loved dolls to a choir boy who was bullied at school and, finally, a university student who explores his Greek Cypriot, Jamaican, and British heritage; comes out; and discovers drag. Michael reassures readers that it’s all right not to have all the answers: “I don’t have a clue what I’m doing / but that’s not gonna stop me.”

I’ll Be the One by Lyla Lee (Katherine Tegen/HarperCollins, June 16): Skye is the daughter of Korean immigrants, a spirited California girl who loves to dance and dreams of winning a K-pop reality show. Unfortunately, being a size 16 means the odds are stacked against her in a world where, as her mother cruelly puts it, “fat girls can’t dance.” Skye, who is bisexual, is determined to try anyway, forging ahead with the courage to be true to herself.

Accidental by Alex Richards (Bloomsbury, July 7): Johanna has faced her share of struggles—her father walked out and she lost her mom in a car accident, all during early childhood. The White teen has grown up with her protective grandparents, but her father’s reappearance reveals a shocking secret: As a toddler, Johanna found a gun and accidentally killed her mother. The heated issue of gun control is handled here with thoughtful nuance.

The Magic Fish written and illustrated by Trung Le Nguyen (Random House Graphic, Oct. 13): In this graphic novel, readers are introduced to Tien, the son of Vietnamese refugees. Wanting to improve her English, Tien’s mother asks him to read fairy tales aloud. These stories’ themes of love and loss trigger painful memories of desperate times. They also intertwine with Tien’s own trepidation over how to handle his attraction to another boy.