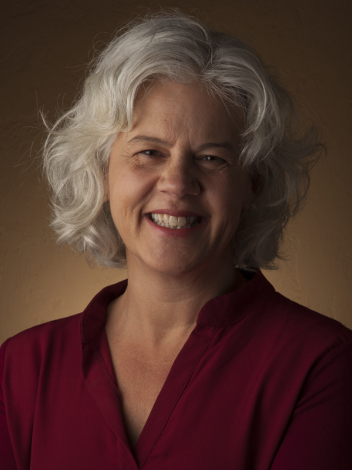 In their decadeslong careers as circus sideshow superstars, African-American albino brothers George and Willie Muse were billed as Eko and Iko, “the Ecuadorian Savages,” “Darwin’s Missing Links,” “the Sheep-Headed Men,” and “Ambassadors from Mars.”

They were never billed as Harriett Muse’s sons.

“The truth was considerably less colorful. And more cruel,” Beth Macy writes in Truevine: Two Brothers, a Kidnapping, and a Mother’s Quest—A True Story of the Jim Crow South, recently named a finalist for the 2016 Kirkus Prize for Nonfiction. “Heralded as ‘nature’s greatest mistakes,’ George and Willie were modern-day slaves, hidden in plain sight, at a time when naïve and eager audiences didn’t think to ask questions about contracts or working conditions and civil rights didn’t much exist for children, women, or blacks.”

The Muse boys disappeared from their Virginia hometown in 1899. It took their mother 13 years to find them and bring them home in a show-stopping act of bravery staged beneath a circus tent.

Macy, whose previous book, Factory Man, became a bestseller in 2014, heard their astonishing story after moving to Roanoke in 1989 to report for the Roanoke Times. Before long, she was at the soul food restaurant of Nancy Saunders, the Muse brothers’ great-niece—Willie’s primary caregiver, at the time—asking permission to pursue their story.

“I flounced in there in the early 1990s after hearing the story,” Macy says, “and just assumed [Nancy] would let me interview her great-uncle because I’m not racist, and I’m a nice person, and I’ll do a nice job. She really did point to a sign on the wall that said, ‘Sit down and shut up.’ While she was friendly and jokey, there was a real hard edge there. She was not playing and she’s still not.”

She never got to interview Willie, who died in 2001 at age 106. She did eventually receive Saunders’ blessing, with a serious caveat: “No matter what you find out or what your research turns up, you have to remember: in the end, they came out on top,” she writes.

Truevine is a stunning investigation into the Muse brothers’ lives, told through hundreds of interviews, researched over decades. The racism pervading the historical record made the task tough.

“The biggest challenge is trying to bring it to life using documents that are so racist and this press coverage that was so one-sided,” she says. “Trying to find these little scraps of truth and extrapolate from them, using context, in a way that would illuminate what real life was like, because nobody said what real life was like.”

Macy explores not only what sideshow life was like for George and Willie, but what life might have been for the two musically talented, visually impaired African-American brothers had they never left home. At the intersection of race, class, and reporting, Truevine offers no tidy resolutions. It does pay its subjects the respect of a thorough and sincere consideration.

“I hope it helps people come away with a better understanding that segregation wasn’t just separate water fountains and schools and sitting in the back of the bus,” she says, “but daily kinds of microagressions and humiliations, like not being able to eat inside the [white landowner’s] house as sharecroppers. These stories are still with these people and their descendants, and they’ve largely not been told.”