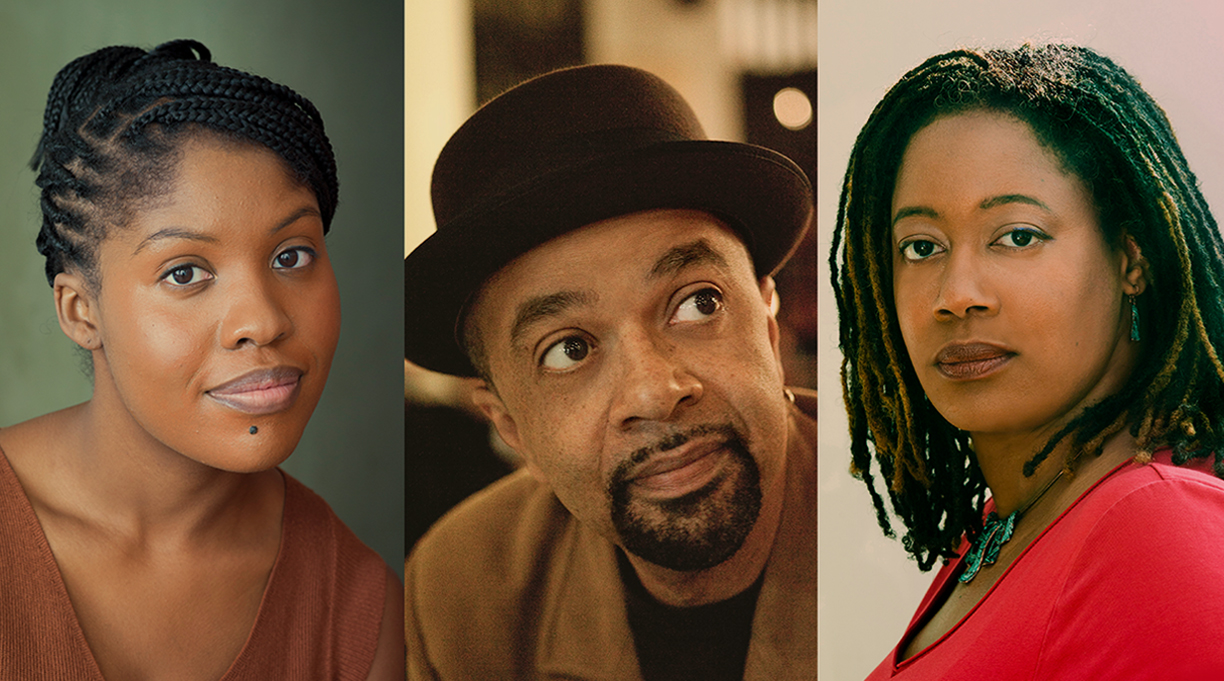 Almost 30 years ago, in Playing in the Dark: Whiteness and the Literary Imagination, Toni Morrison uncovered the ways American literature—that is, literature by White Americans, based as it is on ideas of freedom and the American dream—depends for its power on the presence of Black people. “The concept of freedom did not emerge in a vacuum,” she wrote. “Nothing highlighted freedom—if it did not in fact create it—like slavery….What rose out of collective needs to allay internal fears and to rationalize external exploitation was an American Africanism—a fabricated brew of darkness, otherness, alarm, and desire that is uniquely American.” From Poe to Cather to Melville to Hemingway, “Africanism is the vehicle by which the American self knows itself as not enslaved, but free; not repulsive, but desirable; not helpless, but licensed and powerful; not history-less, but historical; not damned, but innocent; not a blind accident of evolution, but a progressive fulfillment of destiny.”

Today, a brilliant group of Black writers is claiming freedom for themselves. This isn’t a new story, of course, but rereading Morrison’s essay recently made me think of Raven Leilani’s exhilarating first novel, Luster (Farrar, Straus and Giroux, Aug. 4), in which a young Black woman tries to live on her own terms. Edie is having an affair with a White man named Eric who’s in an open marriage—then she proceeds to move in with Eric and his wife, breaking all the rules, giving herself the freedom to make mistakes and grow into her ambition as a painter. As our review said, “Leilani’s characters act in ways that often defy explanation, and that is part of what makes them so alive and so mesmerizing: Whose behavior, in real life, can be reduced to simple cause and effect?” The novel was recently named a finalist for the Kirkus Prize for Fiction.

Or what about James McBride’s Deacon King Kong (Riverhead, March 3), set in and around a Brooklyn housing project in 1969. (Like Luster, it is also a finalist for this year's Kirkus Prize.) A boozy old man known as Sportcoat takes a shot at the local drug dealer and then doesn’t remember a thing about it, setting off a chain of events that bring in members of the Baptist church where Sportcoat is a deacon, beat cops and undercover detectives, an Italian mobster and his mother, an Irish bagel-store owner from the Bronx, and a glorious array of neighborhood characters. There’s even a mysteriously regular cheese delivery and a vividly described colony of ants that made their way to Brooklyn from Colombia. McBride delights in pushing the boundaries of his overstuffed tale, and the whole thing is told with such warmth and generosity that you feel he could do anything: the very definition of literary freedom.

In N.K. Jemisin’s fantastical The City We Became (Orbit, March 24), each of the five boroughs of New York creates an avatar designed to help the city come to life. As our review describes them, “Manhattan is a multiracial grad student new to the city with a secret violent past that he can no longer quite remember; Brooklyn is an African American rap star–turned–lawyer and city councilwoman; Queens is an Indian math whiz here on a visa; the Bronx is a tough Lenape woman who runs a nonprofit art center; and Staten Island is a frightened and insular Irish American woman who wants nothing to do with the other four.” They must fight an Enemy known as the Woman in White, who uses racism and gentrification in her quest to destroy them. Jemisin deploys the racist White Staten Islander and the shadowy, extradimensional Enemy the way Morrison describes White American writers using Black characters and tropes: as foils that throw their own freedom into stark relief.