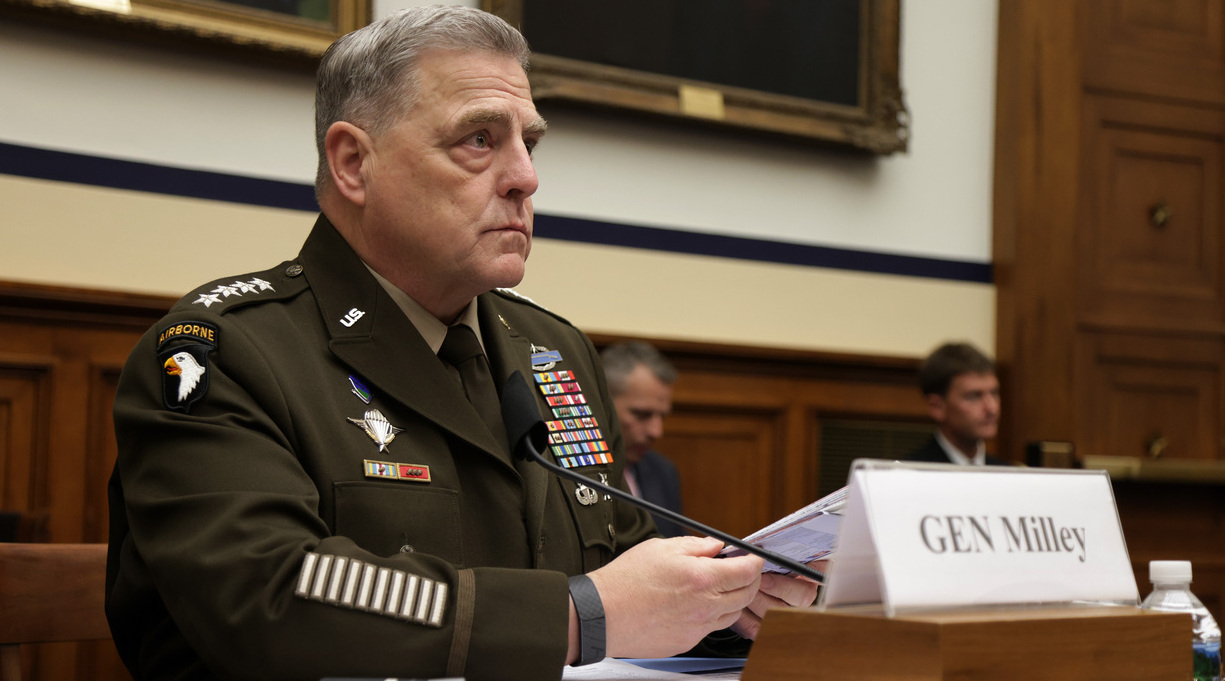 A high-ranking general worried that Donald Trump would use the military to stage a coup in order to stay in power, according to a new book by journalists Carol Leonnig and Philip Rucker, the Washington Post reports.

“This is a Reichstag moment,” Milley said. “The gospel of the Führer.”

Leonnig and Rucker write that Milley made a phone call to H.R. McMaster, who had served as Trump’s second national security advisor, asking him, “What the fuck am I dealing with?”

Milley and some of his colleagues started to hatch plans to prevent Trump from employing the military to allow him to stay in the White House, the reporters claim, telling aides, “They may try, but they’re not going to fucking succeed.”

Following the Jan. 6 Capitol insurrection, Milley told military and law enforcement colleagues preparing for Joe Biden’s inauguration that there wouldn’t be a repeat of the infamous attack.

I Alone Can Fix It will be published by Penguin Press on July 20.