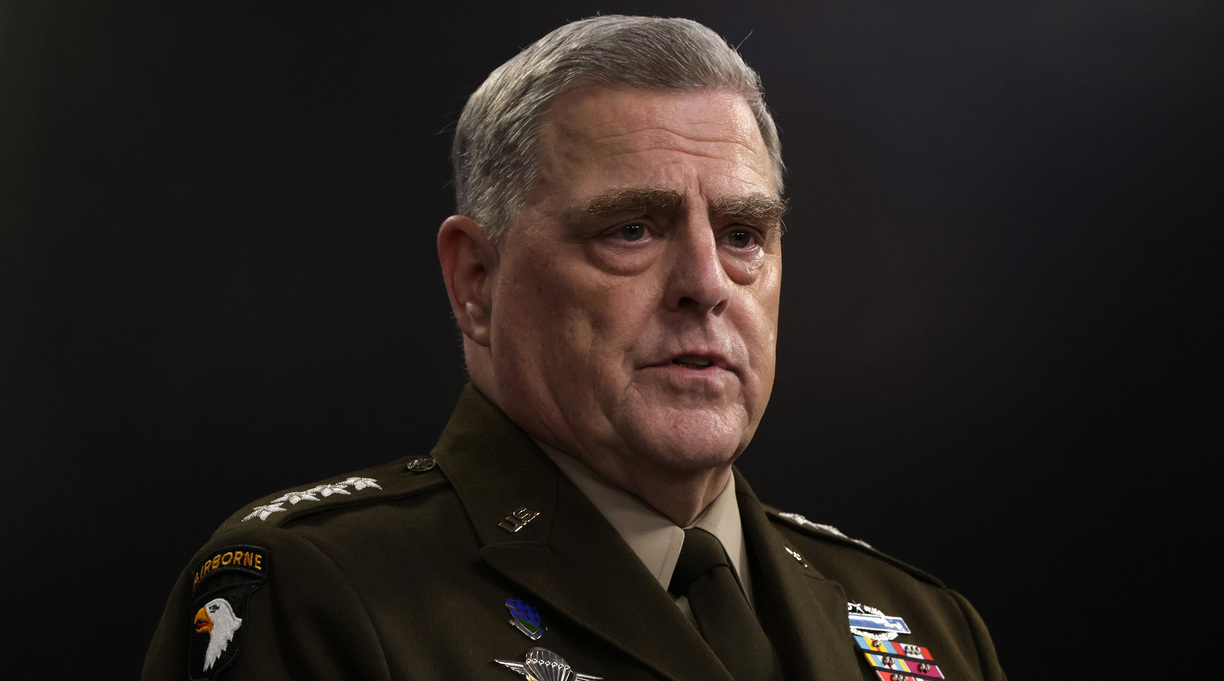 A forthcoming book by Bob Woodward and Robert Costa claims that Joint Chiefs of Staff Chairman Gen. Mark Milley called a Chinese general to reassure him that former President Donald Trump would not attack China, the Washington Post reports.

Journalists Woodward and Costa make the explosive claim in Peril, a book about the end of the Trump presidency that Simon and Schuster is scheduled to publish next Tuesday. The book is the third in a series of books about Trump by Woodward, after Fear: Trump in the White House and Rage.

The authors write that Milley called Chinese general Li Zuocheng last October, just days before the 2020 presidential election, promising him that the U.S. would not “attack or conduct any kinetic operations against you.”

Milley made a second call to Li on Jan. 8, Woodward and Costa write, two days after Trump supporters invaded the U.S. Capitol. In that call, Milley assured a “rattled” Li, “We are 100 percent steady. Everything’s fine. But democracy can be sloppy sometimes.”

CNN reports that, according to Woodward and Costa’s book, Milley believed Trump had experienced “a serious mental decline” after losing re-election in November. The authors claim that Milley warned his staff about Trump’s potential for lashing out, telling them, “You never know what a president’s trigger point is.”

As of Wednesday morning, Peril was the No. 1 bestselling book on Amazon, six days ahead of its release.