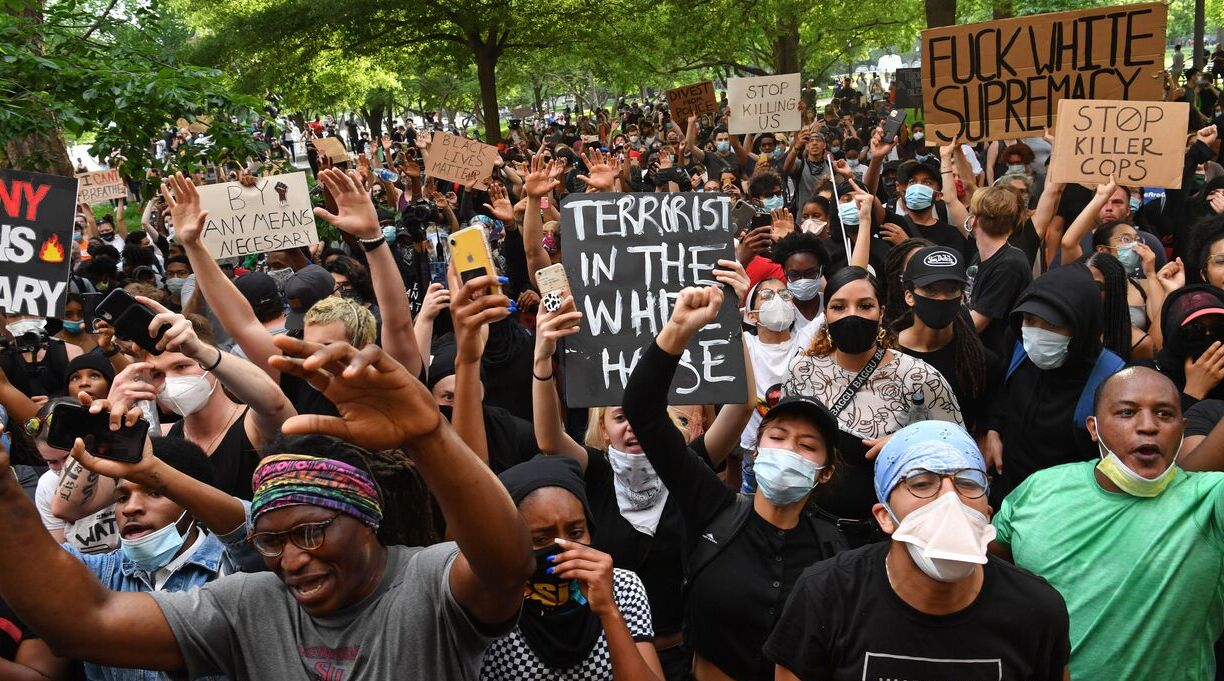 Demonstrators outside the White House protesting the death of George Floyd in May 2020. Photo by Nicholas Kamm/AFP via Getty Images

Esper makes the claim in A Sacred Oath: Memoirs of a Secretary of Defense During Extraordinary Times, which publisher William Morrow describes as an “unvarnished and candid memoir.”

Trump, Esper writes, was exasperated by demonstrators in Washington protesting the killing of Floyd, a Black man, by Derek Chauvin, a White Minneapolis police officer, in May of 2020. Chauvin was convicted of murder and manslaughter last year.

“Can’t you just shoot them? Just shoot them in the legs or something?” Trump asked, referring to the Washington protesters.

Esper writes that Trump was “red faced and complaining loudly about the protests under way in Washington, D.C.”

“The good news—this wasn’t a difficult decision,” Esper writes in the book. “The bad news—I had to figure out a way to walk Trump back without creating the mess I was trying to avoid.”

In the Washington Post, Philip Bump writes that Trump’s suggestion to shoot the protesters seems to be part of a larger pattern, pointing out that the former president once tweeted about rioters in Minnesota, “Any difficulty and we will assume control but, when the looting starts, the shooting starts.”

A Sacred Oath is slated for publication on May 10.