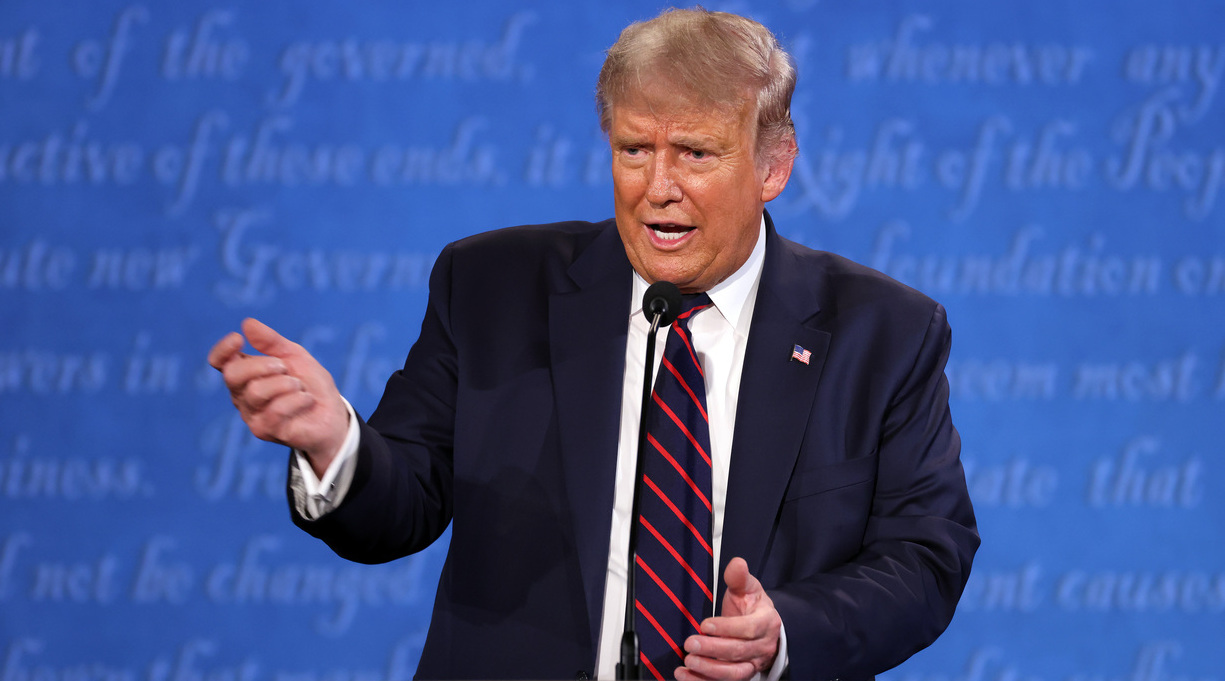 Donald Trump at the presidential debate on Sept. 29, 2020. Photo by Win McNamee/Getty Images

According to a new book by Donald Trump’s former chief of staff, the then-president debated Joe Biden in Cleveland despite having tested positive for Covid-19 three days earlier, the Guardian reports.

Mark Meadows, the North Carolina Republican who led Trump’s staff from March of 2020 to the end of his administration, makes the claim in The Chief’s Chief, which is slated for publication next week by upstart conservative publisher All Seasons Press.

Meadows writes that Trump tested positive for the coronavirus on Sept. 26, 2020, three days before he was due to debate Biden in Cleveland. Meadows says he informed Trump about the test’s results, to which the then-president replied with a sentence that “rhyme[d] with ‘Oh spit, you’ve gotta be trucking lidding me.’”

Trump would again test positive for Covid-19 on Oct. 5, three days after the debate with Biden. The planned second debate, which had been scheduled for Oct. 15, was canceled in the wake of Trump’s illness, for which he was hospitalized for three days.

Meadows’ book is one of the first of three to be published by All Seasons Press, which was founded last year “to take head-on the cancel culture that is destroying the publishing industry and the country,” according to a press release.

The publisher describes Meadows’ book as a “frank, candid account” written “in a style that is accessible, suspenseful, and often humorous.”

“You’ve heard the Fake News about President Trump’s harrowing final year in the White House,” the publisher says. “Now read the truth, written by the man who saw it all happen.”

The Chief’s Chief is slated to be published on Dec. 7.