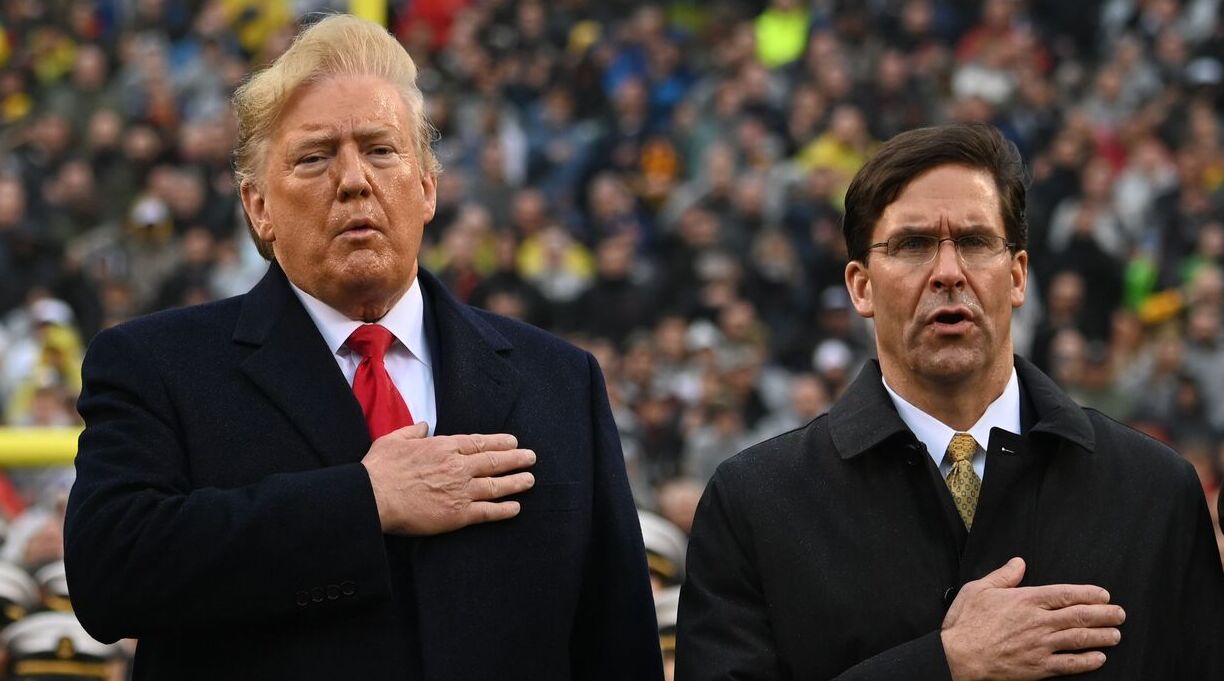 Donald Trump floated the idea of using missiles to destroy Mexican “drug labs” and cartels, according to former Secretary of Defense Mark Esper. The New York Times has reported the assertion, made in Esper’s forthcoming memoir.

Trump made the suggestion to Esper twice, saying that the U.S. “could just shoot some Patriot missiles and take out the labs, quietly.”

The former president also suggested that America deny responsibility for the proposed missile attacks, believing that “no one would know it was us.”

Esper makes the claims in A Sacred Oath, which publisher William Morrow calls an “unvarnished and candid memoir.”

Esper also writes that he pushed back against proposals from Stephen Miller, a senior advisor to Trump. Miller wanted to send 250,000 American troops to the Mexican border to stop a migrant caravan, and also suggested decapitating the corpse of ISIS leader Abu Bakr al-Baghdadi, who killed himself during a raid, and dipping the head in blood from a pig and displaying it as a “warning” to other terrorists.

Earlier this week, Axios reported that Esper writes in his book that Trump suggested shooting demonstrators in Washington, D.C. who were protesting the police murder of George Floyd. “Can’t you just shoot them? Just shoot them in the legs or something?” Trump allegedly asked.

A Sacred Oath is scheduled for publication next Tuesday.