Books That Deserved More Buzz in 2019 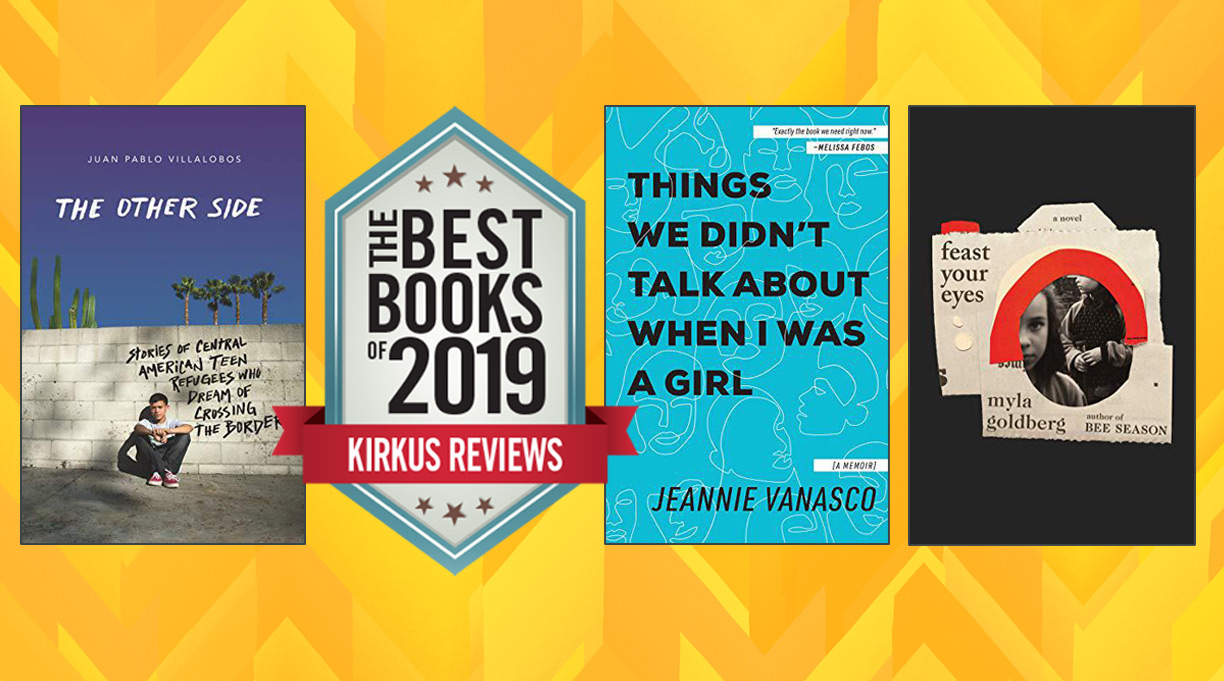 Over the past few weeks, Kirkus has been rolling out its Best Books of 2019 lists. While many of these titles have been widely praised, nominated for literary awards, and are likely to show up on Best of 2019 lists elsewhere, we’re especially proud when we can shine a spotlight on a hidden gem that not everyone has discovered.

As I look back on my own reading in 2019, there are some titles that absolutely wowed me but didn’t get all the attention they deserved. Here are a few that warranted more fanfare this year; any of them would be a great way to cap off your 2019 reading.

Feast Your Eyes by Myla Goldberg (Scribner). Goldberg is still best known for Bee Season, her 2000 novel about a young girl competing in a national spelling bee. (Indie rock fans also know her as the subject of The Decemberists’ “Song for Myla Goldberg.”) Subsequent novels were not quite as thrilling, but this year Goldberg absolutely dazzled me with this rich and imaginative novel about art, censorship and motherhood—presented as the catalog and notes for an exhibition by a fictional female photographer who courts controversy by taking intimate portraits of her young daughter. Our reviewer called it “a riveting portrait of an artist who happens to be a woman.”

Things We Didn’t Talk About When I Was a Girl: A Memoir by Jeannie Vanasco (Tin House). It was a year of important, much-discussed #MeToo books—from She Said by New York Times reporters Jodi Kantor and Megan Twohey, to Know My Name by Chanel Miller. In this memoir, Vanasco recounts how she was raped as a teen by a boy who had been a friend; confused by what had happened, she maintained the friendship. In writing about her experience, 14 years after the incident, she contacts the rapist and conducts a series of interviews with him; she feels ambivalent about giving him a voice but also feels the need to understand how he could betray her as he had. The Kirkus reviewer called it “an extraordinarily brave work of self- and cultural reflection.”

The Other Side: Stories of Central American Teen Refugees Who Dream of Crossing the Border by Juan Pablo Villalobos, translated by Rosalind Harvey (FSG). OK—a book that was a finalist for the Kirkus Prize in Young Readers’ Literature wasn’t exactly unsung. But I maintain that The Other Side should have been reviewed and talked about by young people and adults everywhere. Mexican-born novelist Villalobos (I’ll See You a Dog, etc.) interviewed real Central American teens about their experiences crossing the border and used the techniques of fiction to make these monologues dramatic and deeply moving. Kirkus’ reviewer called it an “essential volume. . . deserving of more than one read.”