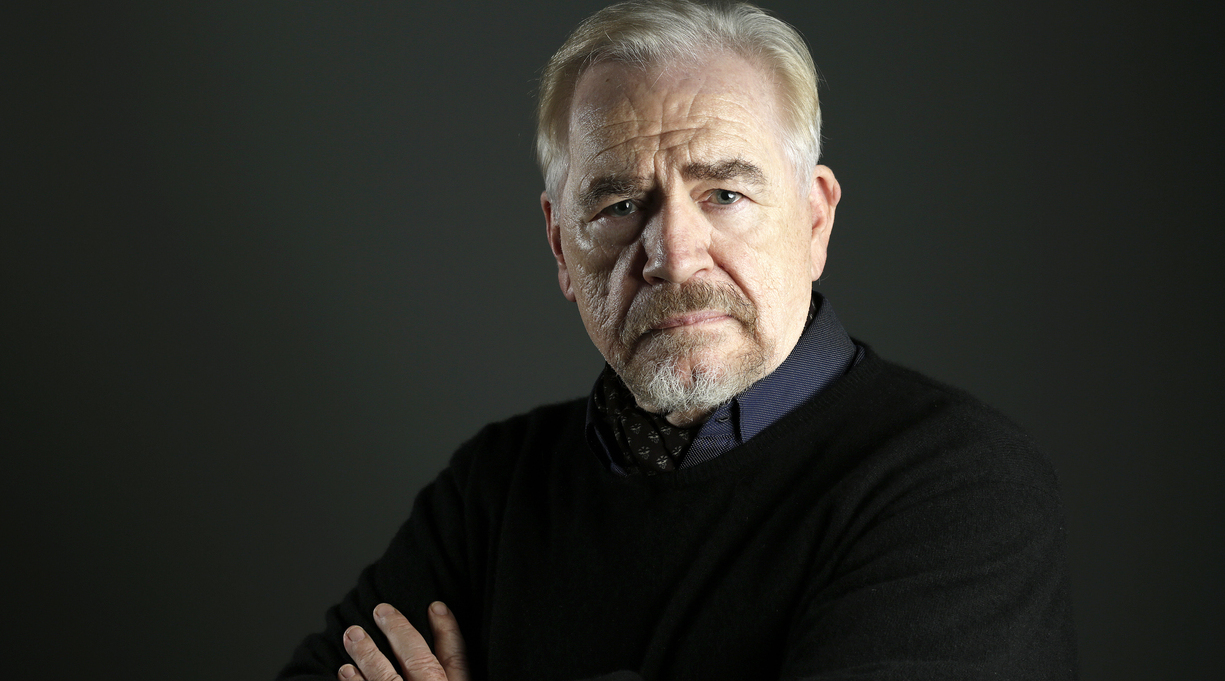 “It’s all in the timing” goes the actor’s adage, but releasing a memoir just as your series reaches a cliffhanger takes magic. Brian Cox’s Putting the Rabbit in the Hat (Grand Central Publishing, Jan. 18) will please fans of HBO’s Succession—in which Cox portrays the saturnine Logan Roy—as it details collaborations with British theater legends and dishes about movie stars from Lauren Bacall to, er, Steven Seagal. He may be the only person who can claim that Laurence Olivier saved his life. (In fact, Cox survived two high-profile near-death experiences.) And he’s been fondled inappropriately, in public, by English royalty. (Read the book.)

In his foreword, Succession executive producer Frank Rich calls the actor’s childhood Dickensian, but due to Cox’s DNA mix of “Micks and Macs,” the mordantly funny Scotsman never leaks self-pity. Cox’s hardscrabble upbringing—his father’s death, subsequent suicide attempts by his mother—segues happily into his new home and haven: Scotland’s Dundee Repertory, where the actor first cuts his bones in the lively arts.

From there, Cox’s ascent is dizzying because, again, his timing is deft: He comes of age during the Angry Young Man movement, when British taste tilted toward “rough-hewn” characters. The actor applies that brash authenticity to such roles as Marlon Brando and Winston Churchill as well as fictional beasts like Hannibal Lecter and, of course, Logan Roy. But Cox himself is anything but beastly, as this interview proves. We spoke with Cox, who splits his time between the U.S and the U.K., by telephone; the conversation has been edited for length and clarity.

Let’s explain the title: It refers to a production at the National Theatre when director Peter Hall wasn’t doing his job.

And Albert [Finney] said to the cast: “Come on, lads, we’re like magicians. Let’s pull the rabbit out of the hat.” And the response was: “You’ve got to get the rabbit in the hat first.”

Why select that anecdote as the title?

Funny, my title of choice was Lindsay Anderson’s quote from the book: “Don’t just do something, stand there.” But the editors didn’t think potential readers would understand that. I like the one I chose: You’ve got to get the rabbit into the hat before you perform. The substance first has to be there, otherwise it’s hollow, it’s just shouting in the dark.

I also read it as demystifying the actor’s process. In these pages I intend to “put the rabbit in the hat”: expose the invisible wires of our profession.

Exactly right. I say there’s no mystery to acting. It’s common-sensical: Once you make the links, a role takes off. I keep coming up against American actors who have to make it a religious experience. Like that well-known story about Olivier telling Dustin Hoffman, running himself ragged during Marathon Man [because his character is tortured and kept awake]: “Dear boy, why not try acting?” And that approach costs you! Daniel Day-Lewis has retired early. An actor I’m working with now—I won’t name him—who is rather “Method,” says “Brian, you’re doing two films and shooting Succession? How?” And I say: “It’s acting!”

Discreet of you not to name him, as there’s no lack of candor in this memoir. Any bridge you wish you hadn’t burned?

When you’re 75, you tend to say what you want. In the addendum for the paperback, I say something like: “Look, this happened 30 years ago, when that person was an asshole. He may no longer be.” Because that’s life—everyone changes. And unless you face the inconstancy, you’re not facing truth. Just like acting—you turn on a dime to be ahead of an audience.

And yet you’re known for your stillness. You contrast your approach to Sir Ian McKellen’s.

Yes: actors who are “front-foot” actors. They come on, do their schtick and that’s perfectly legitimate for audiences who want to get what they paid for. It’s not to my taste, if you’re trying to deal with the more silent truth of who someone is. Because what an audience should experience is more like a ceremony.

You say it should be one of expiation.

Yes, and this sacred idea came to me as a kid in Dundee. Theater has a spiritual reality to it. We don’t realize what happens when we sit in a community in the dark like that and share an experience. There should be an expiation, and we actors get the congregation together and expiate on behalf of the audience.

After completing this memoir, do you surmise you’ve had a lucky life?

I certainly never felt like a “poor little 8-year-old boy who lost his father.” Children are more resilient than that. In writing the book, I discovered my brother probably suffered more at 16. He was brutalized by it. He went into the army, ran away, because he couldn’t deal with his own grief. I did the memoir’s audiobook, and when I read the part about my brother, I started sobbing in a way I never had before. And I began to understand how blessed I was. I was given a gift. The rabbit was put very firmly in my hat, and I made it work for me. [Pause.] Yes, I guess I was lucky, as you say. The “Angry Young Man” movement blessed me.

American readers don’t know much about that movement.

American readers don’t know a lot. Where ignorance is bliss in this country ’tis sometimes folly to be wise. Having no sense of the rest of the world, and history—it’s terrifying right now. What I used to love about this country was that there were ideas in popular culture, even the intellectual extremities of Gore Vidal and William Buckley. Or that wonderful show with Dick Cavett. There was intelligent conversation seeping into the consciousness that has now been entirely curtailed.

Do you think wokeness and cancel culture are symptoms of this ignorance?

Trying to rewrite things to suit present morality—you can’t! Deny history at your peril! Woke is all cosmetic. Worse, it’s phony outrage. An anecdote: My character on Succession tells everyone to fuck off. During the Golden Globes my friend Rosanna Arquette was having this #MeToo talk with Ronan Farrow; it was this great event. Afterward, some women in the audience came up to me wanting a photo, and they said, “Can you tell me to fuck off?” [Laughs.] I said, “This is a #MeToo meeting! You’re asking a white elderly male dinosaur to tell you to fuck off?” There’s something deeply wrong here.