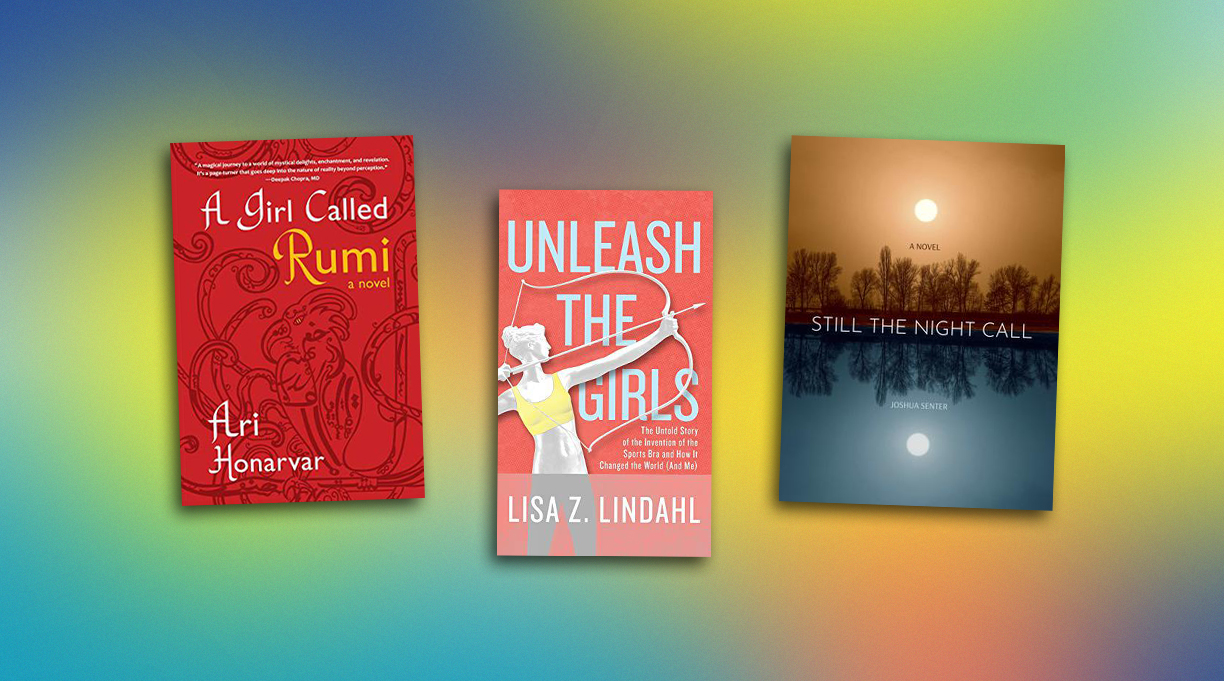 To exhibit the wonders of Indieland in our third annual Indie issue, we offer excerpts of three standout titles: a memoir by the inventor of the sports bra; a novel that opens during the Iran-Iraq War; and another novel, set on a farm in the Ozarks, that plumbs the Midwestern psyche.

In Unleash the Girls: The Untold Story of the Invention of the Sports Bra and How It Changed the World (and Me), Lisa Z. Lindahl recounts the sports bra’s origin story:

This “jock bra” idea was taking shape in my mind. As I noodled out my list of attributes, I wondered—could this bra be modest enough, “swim-suity” enough, for me to actually take off my T-shirt while running? Wouldn’t that be amazing! The thought was tantalizing. But heaven knows, sewing was not part of my repertoire. I could design and build a stained-glass window from scratch, draw pretty much anything, take shorthand, and type quickly, but I’d practically failed my sewing class in eighth grade. So, of course, I turned to my friend Polly.

What do Miss Piggy and I have in common? Polly. Polly Smith—my friend since we met in eighth grade…grew up to become an award-winning costume designer for The Muppets! Pardon the pun, but it was a fitting job for her inventive and comic whimsy.

As soon as women were forced to wear hijab, I had insisted on cutting my hair and had pretended to be a boy. But people began to recognize me and I had to stop, as even little girls didn’t escape punishment. When Sanaz’s younger sister was whipped by a fearsome-looking paasdar for being on a swing, wearing a skirt and no head cover, my mother forbade me from breaking any of the strange new moral laws. I wanted to argue that the demented paasdar was carrying a whip, looking for a target, that there hadn’t been any other similar incidents, but we were already spending so much of our time fighting.

Missourian Calem Honeycutt tends to the family farm on a day he believes he’ll die in Joshua Senter’s novel Still the Night Call:

The girls are all standing around waiting in the bottom of the back forty when Pop and I arrive on our four-wheelers to lead ’em up to the barn. They know us, can tell us apart. And I know each one of them, every spot—black and white. I know when they’re tired or in pain or feeling good. They’re my babies. I’ve even named a few of ’em. Frieda reminds me of the gossipy postmaster in town, always chewing her cud and making trouble. Mandy is named after my high school girlfriend. She’s one of the prettiest heifers I’ve ever seen, dark face with a clean white collar ’round her neck and a trim body that sways like the breeze when she walks. Donna is the fattest cow we have. Bert is the ugliest. The rest of ’em fall somewhere in between, and I’ve probably given ’em all a name here or there like Burger, Steak, Prime Rib, or Fuck You.

Karen Schechner is the vice president of Indie.