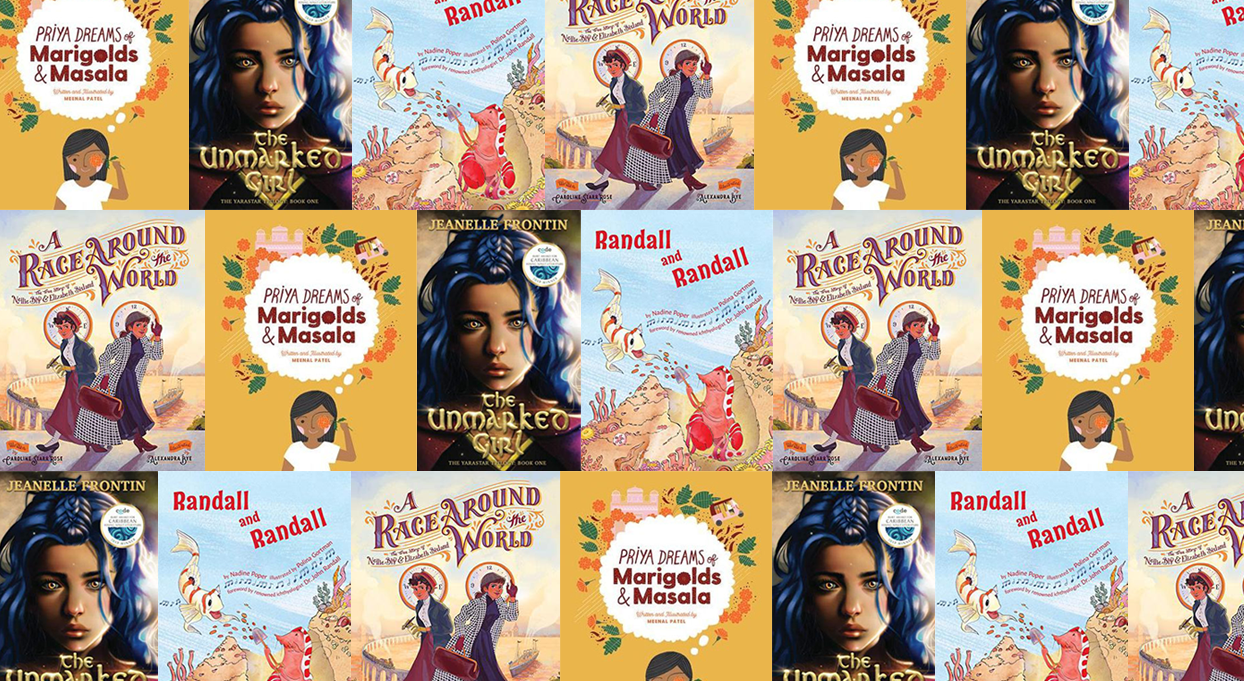 In these starred children’s and YA books by women authors, the heroes—all girls or women with the exceptions of a goby fish and a shrimp—are inventive characters who depict various things worth knowing about, including a historic global race between two women, a visually rich Indian tradition, and an ichthyological fun fact.

A Race Around The World by Caroline Starr Rose and illustrator Alexandra Bye: “In 1889, famed reporter Nellie Bly believed that she could circle the globe faster than anyone had before—in less than the 80 days of Jules Verne’s fictional hero. She pitched the story to her boss at the New York World, who, after initial protests, approved her journey. As Bly left New York City, heading east, Cosmopolitan writer Elizabeth Bisland was sent off to the west, with little notice, to race Bly back to the city.”

The Unmarked Girl by Jeanelle Frontin: Frontin, says our reviewer, “constructs an effortless blend of SF scenario, social allegory, and YA coming-of-age adventure.”

Randall and Randall by Nadine Poper and illustrator Polina Gortman: Young readers learn about the incredibly cool mutually beneficial relationship between pistol shrimp and goby fish. “Based on a real-life symbiotic relationship, this silly tale makes the science approachable through the goby’s giggleworthy antics.”

Priya Dreams of Marigolds Masala by Meenal Patel: In this picture book illustrated by the author, Priya helps her grandmother Babi Ba feel a little less homesick for India by enlisting her classmates to make her a huge garland of paper marigolds.Our reviewer says, “Priya’s strong connections to her grandmother and her diverse classmates, who are so open to learning her traditions, offer a wonderfully ideal view of culture sharing.”