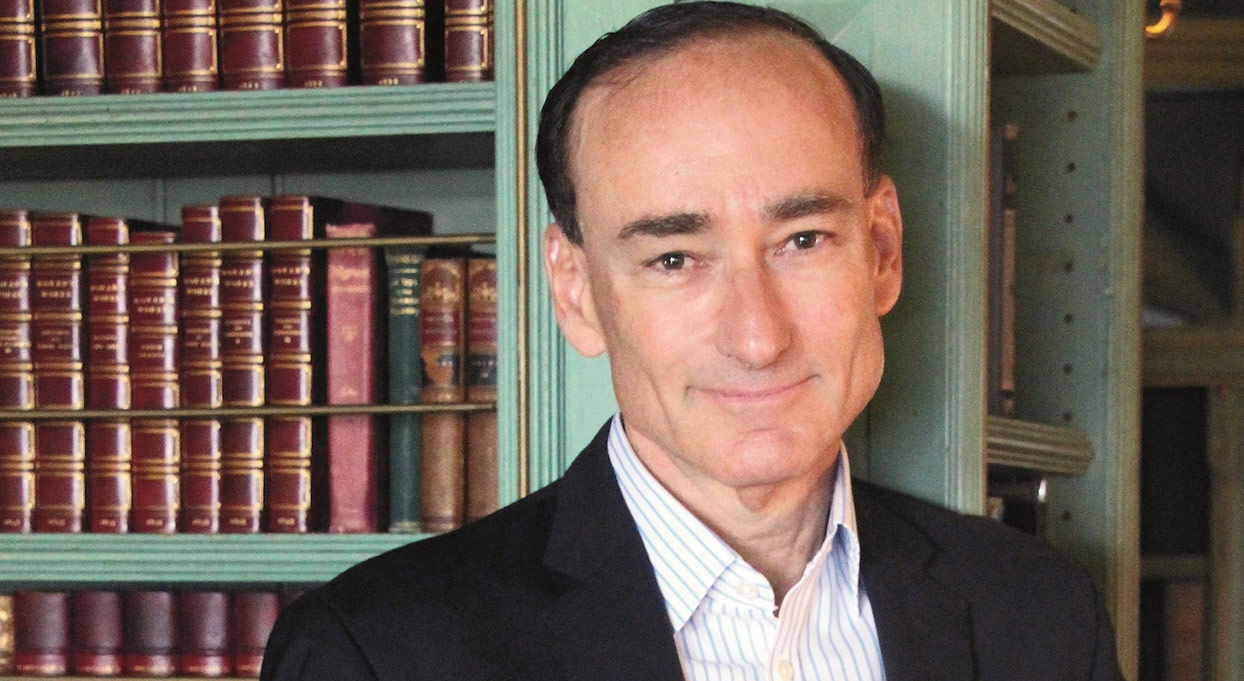 Bestselling novelist Chris Bohjalian does some of his best thinking on his Trek Émonda racing bicycle.

“Somebody once said the best tool a writer can have is a walk. For me, it’s a bike ride,” says Bohjalian, 57, who lives in the bucolic state of Vermont and became an instant literary star in 1998 when Oprah Winfrey waved her magic book club wand over his novel Midwives.

“One of the things I’ve always felt as a novelist is that there are people in this world who will do far worse things that I can conceive of in a book,” he says of inventing bad guys. “One of my favorite writing prompts is to make something up, and then make it plausible.”

A confluence of events in spring 2018 led to Bohjalian’s 20th novel, beginning with conversations he had with a member of his church, a Vietnam vet who was a helicopter gunner during the war. Meanwhile, the novelist came across several articles about the “incredible number of antibiotic-resistant bacteria in New York City rodents.” Bohjalian, who does serious research for his fiction, also read about the effect Agent Orange had on creating surviving “super” rats and their descendants in Vietnam.

He began to think he had the building blocks of a book, “about the legacy of Vietnam, but also a thriller about, yes, the plague.” By sheer coincidence, his new novel about a possible pandemic with no known cure arrives in the midst of the coronavirus scare.

To kickstart his new book, Bohjalian, along with his wife, Victoria, signed up for a two week bike trip to see “spectacularly beautiful” Vietnam, mostly in Huế and Hội An. The bike trip provided more than background research: He drew upon it for his plot.

Alexis Remnick, a New York City emergency room doctor, is on a bike tour of Vietnam when her boyfriend, Austin Harper, goes missing while off biking on his own. Austin, son of a Vietnam vet, works at the same (fictional) hospital, raising money in the development office. A very determined and heroic Alexis ends up at the epicenter of a perplexing, dangerous investigation into what happened to Austin.

Alexis has her own demons; she used to cut herself. She is a much more together (and sober) version of Cassie Bowden, the alcoholic hot mess who woke up next to a dead body in a Dubai hotel room in Bohjalian’s last thriller, The Flight Attendant.

Bohjalian says his daughter, Grace Experience, 25, an actress who narrates many of his audiobooks, told him, “Dad, take this as a compliment, but I think your sweet spot as a writer is seriously messed up young women.” He laughs and says she’s on to something.

The meaty role of Cassie Bowden proved irresistible to Kaley Cuoco, a former star of The Big Bang Theory,  who acquired The Flight Attendant for an HBO Max series. Bohjalian visited the set in December.

“I was overwhelmed by the majesty of it all and so moved by what I saw Kaley doing that particular day as Cassie Bowden. She was so fantastic,” says Bohjalian, sounding a bit starstruck.

He isn’t otherwise involved in The Flight Attendant series (“I am the least important person imaginable to that project”), but he has branched out into playwriting. A production of his adaptation of Midwives, about a midwife who performs an emergency caesarean gone horribly wrong, just wrapped at the George Street Playhouse in New Brunswick, New Jersey.

Midwives, Bohjalian’s fifth novel, lifted the former New York City ad man to a whole new level. “Being a part of Oprah’s Book Club is among the greatest professional blessings of my life,” he says. “I loved everything about the experience. It got me a lot, underline A LOT, of new readers.”

In spring 2021, we’ll see another new Bohjalian novel, historical fiction about the first divorce in North America because of domestic violence, set in 1662 Boston.