Colson Whitehead Is on a White-Hot Fiction Streak 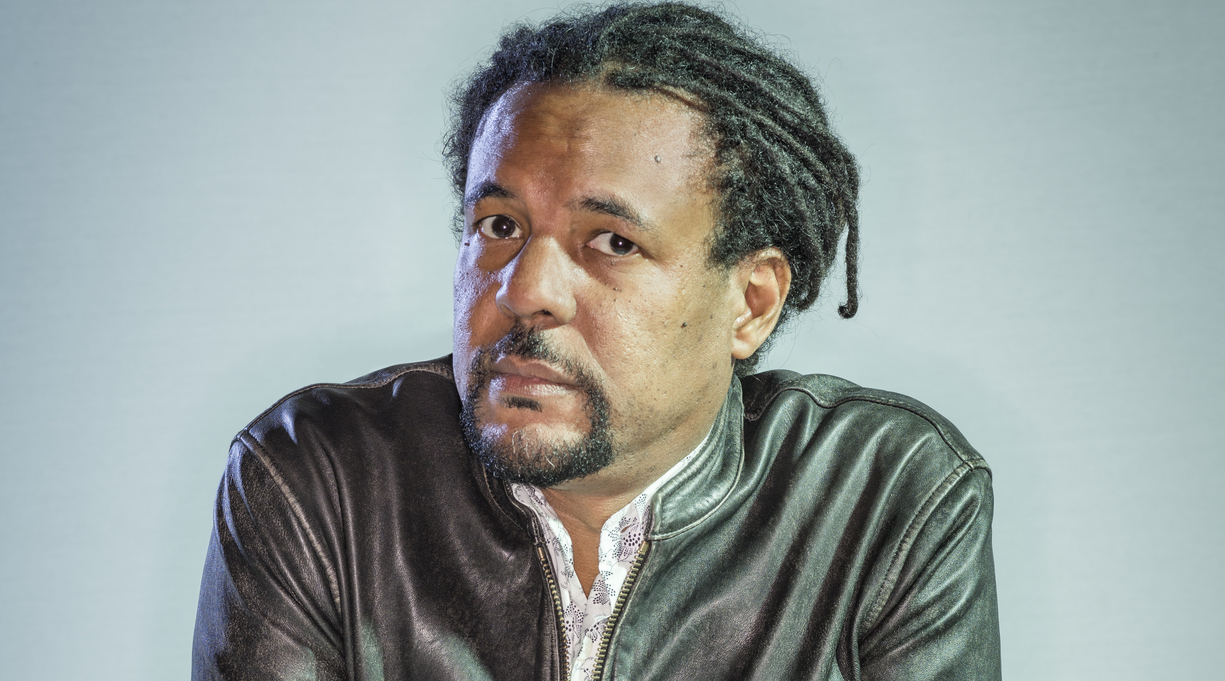 Colson Whitehead’s crafty new novel, Harlem Shuffle (Doubleday, Sept. 14), opens in 1959 as Ray Carney, a mostly upstanding character who owns a furniture store on 125th Street, gets roped into a big heist courtesy of his cousin, Freddie. Carney, whose father was a crook, has a downtown connection where he can fence the occasional console radio that’s fallen off a truck, but he isn’t ready for the jewels Freddie and his colleagues steal from the vault at Harlem’s glamorous Hotel Theresa. Carney lives with his pregnant wife, Elizabeth, and their daughter in a dingy apartment overlooking the elevated subway tracks, nothing like the gracious house on Strivers’ Row where Elizabeth grew up and her disapproving parents still live. Getting in on the Hotel Theresa job helps Carney improve his family’s prospects, but it also gets him tangled up with a variety of miscreants who come back to haunt him over the next several years.

Harlem Shuffle has all the literary reach of Whitehead’s last two novels, The Underground Railroad and The Nickel Boys, both of which won Pulitzer Prizes, while taking on the propulsive rhythm of a classic heist story. Readers coming to his work through the television adaptation of Underground Railroad will be delighted (and will be eagerly awaiting the TV version of his earlier novel Sag Harbor). We spoke to Whitehead over Zoom from his home in Sag Harbor, New York; this conversation has been edited for length and clarity.

In The Colossus of New York you wrote about how each person’s New York is the New York they grew up with or encountered when they first arrived. This book takes place about 10 years before you started building your own internal New York. How did you re-create that time before you were born?

A lot of it was looking at the New York Times. I would figure out what kind of political thing I could use in ’61, and it turns out to be the mayoral race—and if you look at the archive, on one page, it’s [Mayor] Robert Wagner, and on the other page is a huge ad for a furniture brand, so newspaper ads were very important for getting the language of midcentury furniture. Then, there are a lot of poorly written memoirs of gangsters and gangsters’ wives. I didn’t really know how the numbers rackets worked, but if you read Bumpy Johnson’s wife’s memoir, there’s a lot about that.

And I’ll do location scouting, just walking around. I’d never been to Marcus Garvey Park before. It was called Mount Morris Park for a long time, and coming across a detail like, “this was just where we dumped the bodies”—people just dumped the bodies there all the time. That’s a great detail I can use. And then I would find stuff about the Hotel Theresa or Chock Full o’Nuts, and I feel like I’m doing some real research. And I’m telling my mother about it, because my parents lived in Harlem in the ’60s. She’s like, “Oh, yeah, Chock Full o’Nuts. I ate there every morning, got coffee there.” And Blumstein was a famous department store; I had Carney working there. And it turned out, my dad worked there two summers, early ’60s. Oh my God, I really should just have been asking them the whole time!

Carney’s in-laws live on Strivers’ Row in Harlem, and you set up a contrast between strivers and crooks.

Strivers’ Row loomed pretty large in the imagination; we knew people who lived on that block, and we’d go there and suddenly you’re in this wonderland, and it’s such a stark contrast between, you know, your crummy block on Broadway and 139th and this very special row of homes. So, in Nickel Boys and Underground Railroad, the overall oppressive structure is institutional racism. And I think this being a New York book, it’s real estate—you know, house envy. There’s a lot of symbolism in those buildings.

There’s a lot in the book about an underground system of payoffs, about money flowing in envelopes up the chain and goods and services flowing around the system, and about Carney figuring out where he fits into it.

It feels so prescient that you wrote this book partially set during the riots of 1964, which happened after a White police officer killed a Black teenager.

The weird thing was I finished the book in late May [of 2020], and literally the next day I woke up and the George Floyd protests started. So Minneapolis was burning, and I added a sentence or two. But, you know, if you write about a fucked-up racial incident and then you wait five minutes, something else happens. And so definitely, my experience as a Black New Yorker has been one where every couple years, there’s a huge police brutality incident, and we talk about it, then we stop talking about it, and then it happens again. And now there’s a bigger, more national conversation, but not much has changed since the 1940s riot that was also about police attacking a Black person, and the ’64 riots, you know—just more of the same.

I don’t think it’s a spoiler to say that there are a few times when you flash-forward and say something like, “That photograph remained on the wall of Ray’s office for many years.” You’re signaling that he’s going to get through all this. Why did you decide to do that?

When you read a romance novel, you know that whatever bad stuff happens, there’s going to be a happy ending; that’s the compact. And I felt like you were doing something similar.

My editor was like, “Do you want to give away that he’s going to make it through this thing?” But that’s not the point, whether he makes it through—it’s how he makes it through. When I first had the idea, it was going to be much bleaker. Maybe it was writing Underground and Nickel Boys, which are so bleak even though there are glimmers of hope, or maybe it’s just my affection for [Carney]—he grew on me pretty quickly. But I did want him to go that Breaking Bad or Tony Soprano route—I wanted him to thrive and also escape accountability for his crimes.