On the Borderline With Courtney Cook 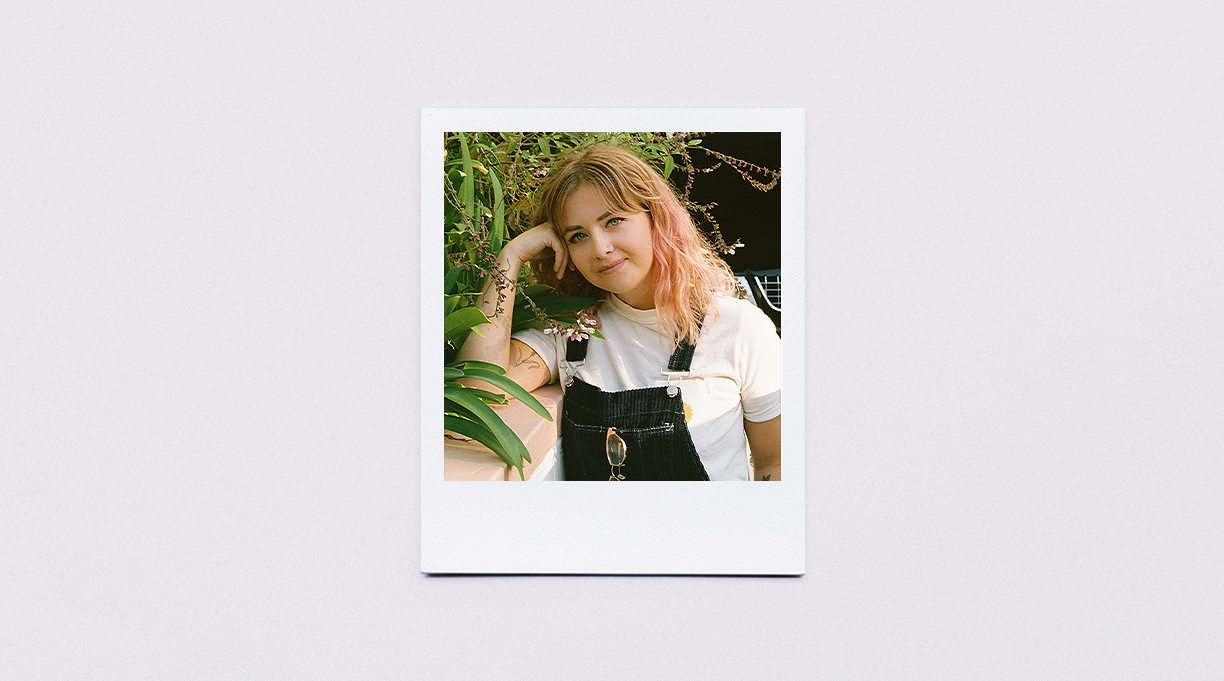 “Borderline personality disorder explained in 20 candid and endearing illustrated essays.” That’s how our starred review describes Courtney Cook’s debut graphic memoir, The Way She Feels: My Life on the Borderline in Pictures + Pieces (Tin House, June 29). It’s an apt assessment of the book, a lively mixture of narration, illustrations, sidebars, lists, and cartoons that treats a difficult subject with just the right amount of humor and pathos. Cook creates a portrait of a mental health issue that is ignored, poorly understood, and improperly diagnosed—even though it affects more than 4 million people in the U.S. “In addition to a moving personal story,” writes our reviewer, “Cook provides a funny, heartfelt guide to borderline personality disorder and a distillation of adolescent tortures many readers will recognize.” I spoke to the author via Zoom from her home in Chicago; the conversation has been edited for length and clarity.

Tell me about the genesis of the book.

I didn’t necessarily sit down with the intention of writing any book, much less the book I did. It really came in the form of essays. Over the course of a few years, I realized I was navigating similar subjects or subjects that were in the same thematic universe. When I was contemplating what I wanted to do for my MFA thesis, I realized these were all in conversation with one another, and I thought, I have a book here.

What about the format?

I’m drawn to unconventional or alternative forms. I think it would have felt stifling to me to try and maintain a specific form [for] the entire book, just because a lot of my experiences are fragmented. A symptom of borderline is an unclear sense of self and unstable emotions. I think it lends itself to different forms, depending on what I want to speak about. This may sound hokey, but I wanted the pieces to tell me what they needed or how they wanted it to be written.

Near the end, you write that “in order to be an advocate, I’d have to be vulnerable.” Could you discuss the challenge of finding the right voice to be so candid and open about your life experiences?

In making the decision to be as vulnerable as I was, or maintain the sense of intimacy that I wanted to, I had to disregard any expectations. I have always been a person that people have either really liked or really disliked, and for a period of my life that was upsetting, because it’s not fun to be hated by anyone, especially if you have problems with disliking yourself or feeling like a burden or [feeling] annoying. But as I’ve grown older, I’ve tried to reframe that idea. If someone meets me and the only thing they could say about me is that I was kind, that means I’m boring. I want to be kind but also creative and spunky and funny—all these other things.

Another passage that resonated strongly with me that I’d like you to discuss: “It’s not that I don’t find small moments beautiful. I’m stopped by them all of the time. I just have the tendency to wish they were louder.”

For years, I struggled with my emotional regulation. I was feeling things in extremes, like I never existed in a neutral place. I was always either ecstatic and thought everything was beautiful and perfect, or everything was hopeless and awful. So appreciating small moments of beauty was important, as well as being able to find an emotional space within myself where things can be just OK. And often that’s actually better than feeling a sort of overwhelming sense of everything is perfect, because I can’t keep up that facade, and the second that it’s broken, then nothing is right in the world and I swing to the awful place.

I had to work very hard to get to that [OK] place. I had to reframe the way I viewed being in love, too. Prior to feeling like I was in a more stable space, I confused what I believed to be love with perhaps idealization or obsession. It was refreshing to realize that I was able to just be with a partner and exist comfortably—without thinking, I’ll die if they don’t text me back! If they don’t text me for a few hours, it’s not that they’ve run away, or hate me, or died; they could just be napping.

Where are we today in regard to the larger landscape of mental health?

I definitely feel like we are making strides. At least in the U.S., I have seen a cultural shift in recent years, especially with the vulnerability of certain celebrities who speak out. That’s remarkable, because there’s this mistaken notion that if you have depression, or something else, that you are very identifiably that. I’m not a walking symptom; I don’t like to think of myself that way. I do think that having more open conversations about mental health is beneficial. Particularly in the time of Covid, there’s been a lot of public discourse about self-care. There are still certain disorders that have a lot more stigma than others, and the stigmatization of mental illness isn’t a straight line. I think it’s harder for people to understand something like self-harm or schizophrenia, and I think borderline falls in that category of being scary or misunderstood. It comes down to this idea that you can struggle with something, but you are still very much human and have a million other things going on. You might struggle with X, Y, or Z, but that doesn’t mean you don’t like playing piano or watching HGTV or maybe have a strained relationship with your father. It’s all valid.

I’ve read that women have a difficult time convincing doctors of their illnesses or getting properly diagnosed. Have you found that to be true?

I don’t believe in the strict gender binary, but I do think femme-presenting individuals may have their pain taken less seriously—especially women of color. I try to address privilege in my book. I’ve been very privileged to have all the treatment options and the ability to pay out of pocket when insurance wouldn’t cover treatment. And having advocates as vocal as my parents and, perhaps, coming from my background, I think that probably helped people believe me. I have an autoimmune disease. For a long time I told doctors that I was not well. They would run tests and tell me everything is normal. But I’m in the body, and the body is telling me that something’s off. They might say, you probably have anxiety. Well, I know that I have anxiety—all the time.

Any advice for readers in similar circumstances?

I know this is obviously a privileged position to say, but if one provider isn’t giving you the attention or understanding you deserve, find another one. If you can tweak the resources, do it, and also reach out to online communities for help. You have to be a self-advocate, especially when you’re in a place where everything’s exhausting. Ultimately, if at all possible, I would encourage people to seek out providers that believe you and don’t try to minimize your issues based on how they perceive you.