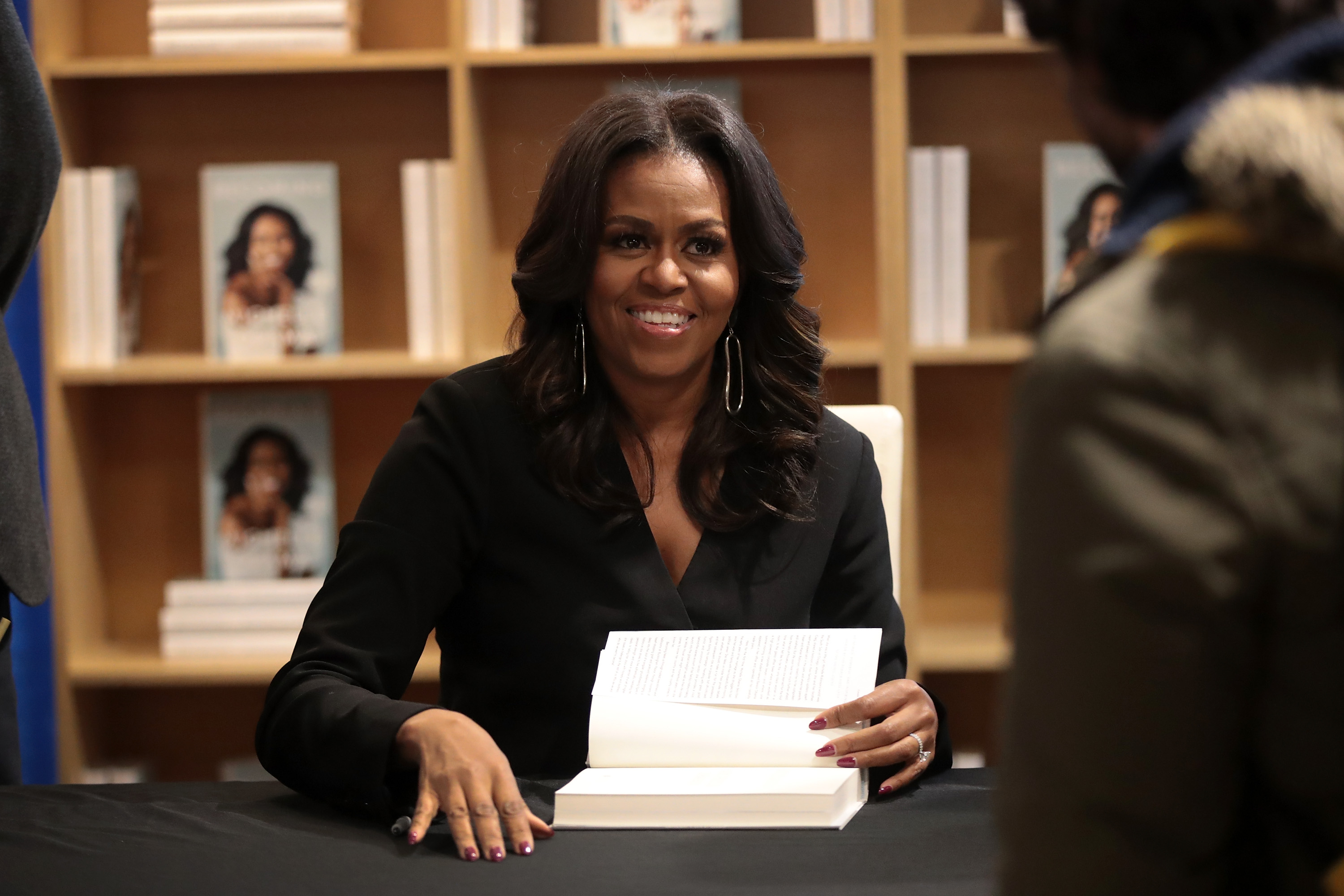 It was a good year for Delia Owens and Michelle Obama, according to Amazon, which just released a look at the books its customers couldn’t get enough of in 2019.

The online retailer unveiled its annual This Year in Books feature on Thursday, highlighting the books its customers read and bought the most over the year.

Delia Owens' blockbuster Where the Crawdads Sing was one of the biggest winners. The novel was Amazon’s No. 1 most-read and most-sold fiction of the year. It also contained the fourth most-highlighted passage on Kindle: “His dad had told him many times that the definition of a real man is one who cries without shame, reads poetry with his heart, feels opera in his soul, and does what’s necessary to defend a woman.”

Becoming, Michelle Obama’s 2018 memoir, found even more success in the year after its release—it was this year’s No. 1 most-sold nonfiction book on Amazon. The former first lady’s book also had the No. 1 most-highlighted Kindle quote: “Do we settle for the world as it is, or do we work for the world as it should be?”

The much-hyped and anonymously written A Warning was one of Amazon’s top five most-pre-ordered books, but couldn’t beat out Dav Pilkey’s Dog Man: For Whom the Ball Rolls for the top spot. (At No. 2 was the provocatively titled Howard Stern Comes Again.)

Amazon also released a list of the five books its Kindle and Audible customers read most quickly. Taking the No. 1 spot was C.M. Stunich’s Havoc at Prescott High, which the author describes as a “reverse harem novel.” At least one Amazon customer was more than satisfied with the book, commenting, “I literally. Holy crap. This book is amazing … The characters are hot AF.”