The Return of Diane Johnson 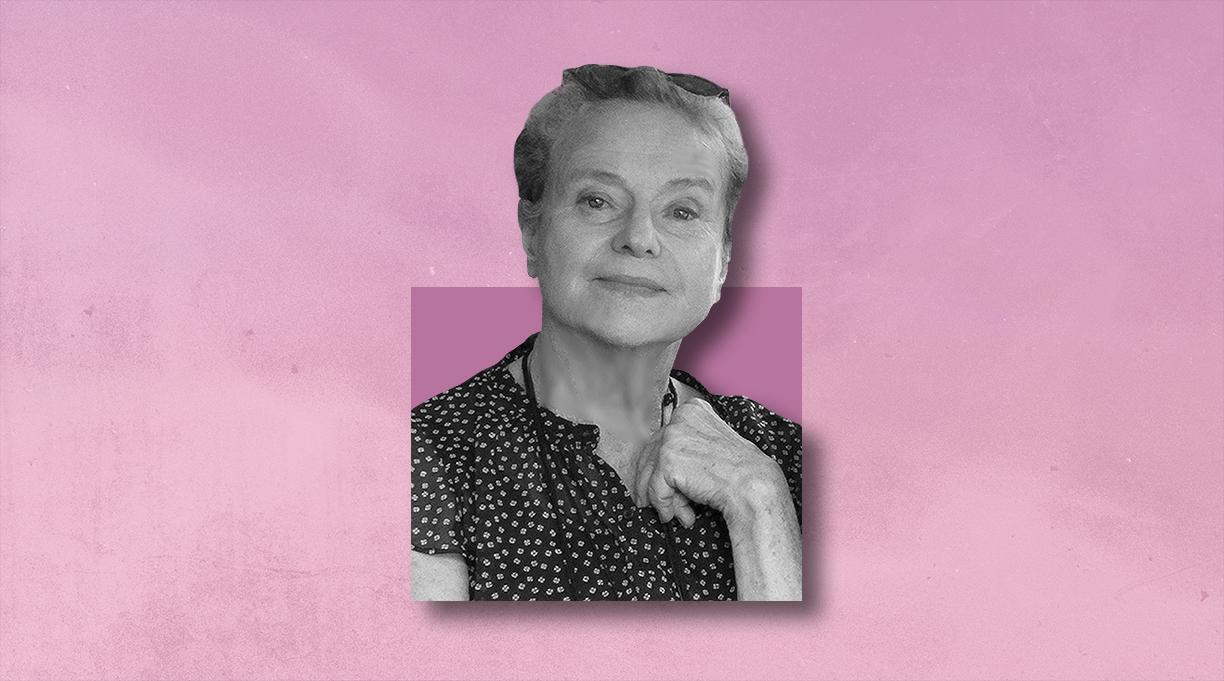 At 87, Diane Johnson shows no signs of slowing down. She’s just published her 11th novel, Lorna Mott Comes Home (Knopf, June 29), and if you’ve read Le Divorce, Le Mariage, and L’Affaire, you’ll have guessed that Lorna is leaving France to move back to California. Johnson herself has spent the last 20 years living in Paris, with summers in San Francisco, along with her late husband, John Murray, a physician who died last year.

Lorna lives not in Paris but in a village called Pont-les-Puits, where she’s enjoyed her life but never entirely fit in. When she gets tired of her French husband’s roving eye, she moves back to San Francisco, hoping to restart her career as an art historian—easier said than done—and help out her three children: Peggy, who sells crafts on the internet but can’t afford her daughter’s Stanford tuition; Curt, a successful entrepreneur who has disappeared in Thailand, leaving behind a wife and 4-year-old twins; and Hams, whose wife is pregnant and would like to find a better place to live. Meanwhile, Lorna’s first ex-husband, Ran, has married a younger woman, Amy, who made a lot of money in Silicon Valley; all of Lorna’s children are jealous of the privileged life led by their 15-year-old half sister, Gilda. As our starred review says, “Everything one looks forward to in Johnson’s books is delivered in abundance here: nimble plotting, witty narration, edifying juxtaposition of French and American cultures.”

Johnson recently spoke to me by Zoom from her apartment in Paris; our conversation has been edited for length and clarity.

How did you wind up living in Paris?

It seems kind of literary to have had this affinity, but in fact it wasn’t me, it was my husband—it was all driven by John and his career. And I thought, France, are you kidding? But you know, now I’m converted. But left to my own devices I was more of an Anglophile.

This book is about an expatriate moving home. Have you thought about doing that?

Well, you know, my husband died about a year ago, one of the very first victims of Covid, so it’s something I’ve had to think about. So presciently, Lorna was thinking about it, and it turns out that I have to think about it. And I think I’ve decided to stay in France. It’s a really pleasant place to live and in some ways a lot easier to live in than America.

There’s a lot of focus on money in the book, both practically (how Lorna is going to support herself) but also as an emotional marker. She wants to help her children, but she doesn’t have the money to do it.

It’s interesting that you bring that up. My late friend Alison Lurie, with whom I’ve been exchanging manuscripts for 50 years, kind of disapprovingly said, There’s so much about money. I’ve always found that readers will find themes and emphasis that you’re unconscious about. I was certainly not conscious of writing about money, but I was conscious that it’s realistic—people have to be preoccupied about money. I wanted to be as true to life as possible, with the fact that something like it was going on in our family. And the real-life situation is that I have children and stepchildren, and the stepchildren have big trust funds from their late stepfather. So there’s this separation between the two families. That’s what got me started on this, so I guess that is about money.

The book is called Lorna Mott Comes Home so the focus is on Lorna, but there’s really a very big cast full of children, friends, other relatives.

By the time I counted up the characters, I realized that it is a big cast, lots of children. Actually, Bob Gottlieb made me take out one of Lorna’s children. I gave her four—I have four so that seemed natural. And he said, no, no, no, at least take out one of the children.

Was that kid offended?

No, they haven’t even read it, so they don’t even know [laughs].

Have you written about your family before?

No, I was always very careful that they not be in my books. There are some little children in The Shadow Knows, but they were just generic children, not great characters. You do grow a novelist’s callus. I remember with my first novel, I was so afraid that my aunts would see the language, the damn and hell and stuff. It would be so horrifying. This was years ago, of course, but you know, you see your parents looking over your shoulder and find it slightly inhibiting. But I’ve grown a thick skin about that.

When you start a book, do you know what’s going to happen, or do you just know the setup?

Sometimes I do, but not always. In this case, I knew the setup because I had the paradigm of the family and the situation. I knew there were things I would have to change to avoid offending one of my children—I couldn’t be too pointed about their foibles. And then some of it surprised me, or got away from me, maybe. But that always happens. That is the fun of novel writing, that dynamic between what you plan and what happens.

You’ve done so many interesting things in your life—you were a guest editor at Mademoiselle with Sylvia Plath, you co-wrote the screenplay of The Shining with Stanley Kubrick.

That month at Mademoiselle was interesting because to that point, I’d never been east of the Mississippi, except that I grew up on the east bank. New York was just a big experience. And the Kubrick thing, learning to write screenplays, that was interesting.

How did that happen?

Kubrick happened to read a novel of mine called The Shadow Knows, and he was thinking of making it into a movie. He’d been reading these kinds of scary, gothic-y things. And he decided because it’s a first-person narrative that it would be too hard. But I guess he liked me better than he liked Stephen King, having talked to us both on the phone [laughs]. I was in London, and he’d been calling, I guess, from California. So every night about 11 we would have these long, interesting talks. He was very smart, an interesting man. Then he asked me to dinner; he came with his wife and we had dinner. And then he sort of popped the question. I think he liked it that I had never written a screenplay, because then he could form me.

So you wrote it together?

In a sense. I would be home alone writing a scene, or we would work on the outline, and I would stay at home—home being an apartment I rented in London—and then when I’d done the scenes, his chauffeur would pick me up, drive me the hour out to the place where he lived, and then I might stay all day and through into the evening, get back at midnight or something. Stay home the next couple of days doing what we talked about. In a sense he was very present. But in fact the putting down on paper, I did.

Did you have any contact with Stephen King, either before or after?

No, never. He came to Paris, maybe last year, before the pandemic, and I was so tempted to go to his reading and slip him a note, but I didn’t. I’m sorry I didn’t. I wish I had. I thought I probably wouldn’t be able to get near him. And I think he hated the movie.