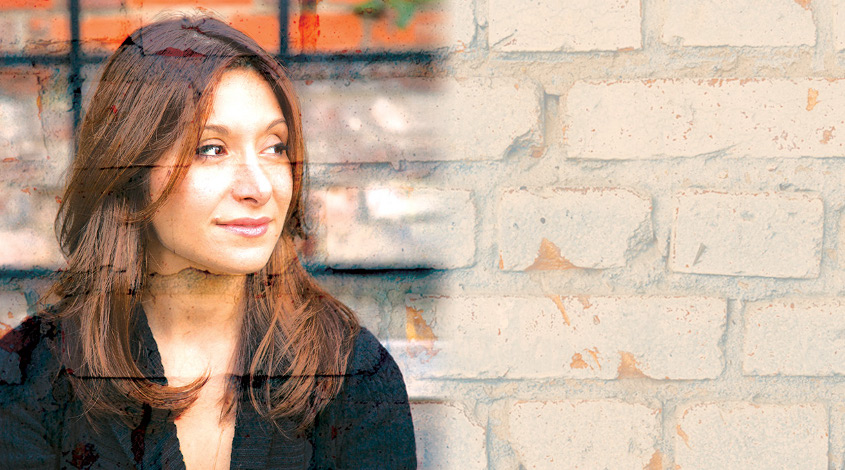 If Dina Nayeri’s mother had not converted to Christianity in the mid 1980s, her life and work would today be unrecognizable. Her mother became an activist in her hometown of Isfahan, Iran, spreading the word of Christianity under the watchful eyes of the Islamic Republic’s moral police. Eventually, the death threats and the isolation pushed Dina’s mother to flee Iran with eight-year-old Dina and her younger brother, Daniel.

They reached the United Arab Emirates, then an Italian refugee camp in an abandoned hotel, and, eventually, Oklahoma.

From the time she landed in the United States, young Dina was told how lucky she was to find “a better life.” The condescending phrase didn’t reflect her sense of dislocation, or the grim surroundings. “Life was a big gray parking lot with cigarette butts baking in oil puddles, slick children idling in the beating sun, teachers who couldn’t do math. I dedicated my youth and every ounce of my magic to get out of there. A better life? The words lodged in my ear like grit,” she writes.

This attitude is exactly why Nayeri, author of the novels A Teaspoon of Earth and Sea and Refuge, wrote her first memoir, The Ungrateful Refugee: What Immigrants Never Tell You (Catapult, Sept. 3). Nayeri’s book blends her own history with an illuminating and often infuriating exploration of the asylum process.

Nayeri visits with refugees in Greece, spends time with a good-hearted but overwhelmed asylum lawyer in Amsterdam, and tells the divergent stories of Kaweh and Kambiz—two Iranian refugees whose lives run on parallel tracks to very different destinations. To Nayeri, these other stories aren’t sideshows to her own. Instead, they’re absolutely essential.

“I kept coming back to this realization that there are secret, shameful calculations that the displaced make that the native born are never privy to,” Nayeri says. “But here I am, 30 years past my asylum, and I could finally confess these collective secrets to the native born.”

These “secrets” come down to basic human needs for respect, companionship, and purpose. Nayeri explores how refugee camps and the asylum process fail to meet each of these needs. From camps where occupants aren’t allowed to work, to charity organizations that expect every person to be grateful for a box of pre-selected food, to immigration officers who demand a moving story of oppression and escape, the process reduces people in need to cogs in a machine.

The Ungrateful Refugee doesn’t explore life in America’s growing migrant detention centers along the U.S.-Mexico border, but Nayeri is “starting the process” of writing about the camps through other, potential projects. “What’s happening at the border is incredible mismanagement of resources and a misunderstanding of what asylum means by the government,” Nayeri says. “Such chaos.”

None of which is to say that Nayeri has given up hope. Her own story is one of finding herself through hard work and a clear-eyed focus on her next steps. In the memoir, Nayeri explains how, as a 12-year old, she resolved to get into an Ivy League school and took up Tae Kwon Do because it would be “easy” to win a national championship. Now, she’s looking past herself.

“I had a couple decades of just focusing on myself, my feelings. I had a divorce, a child, I became a writer. I’m fixed as much as a person can be,” Nayeri says. “Now it’s time to focus on what my purpose in this world is. How can I make it better? What’s my skill? Awaking to that purpose is what this book is about.”

Too often, descriptions of the refugee “crisis” reduce asylum seekers to a wave of desperate people at best and, at worst, a “horde” or “swarm” of criminals. “That’s why the response to refugees has to be grassroots,” Nayeri says. “No one is going to be moved away from their fear with statistics. It’s only with the realization that here are human beings and the only thing that is keeping them from experiencing better treatment is an accident of birth.”

Personal, powerful, and impassioned, The Ungrateful Refugee has the potential to open eyes. “That’s what gives me hope,” Nayeri says. “It’s easier than you think on the local level. It’s about storytelling and belief. It’s about the human connection.”

Richard Z. Santos is a writer and teacher living in Austin.