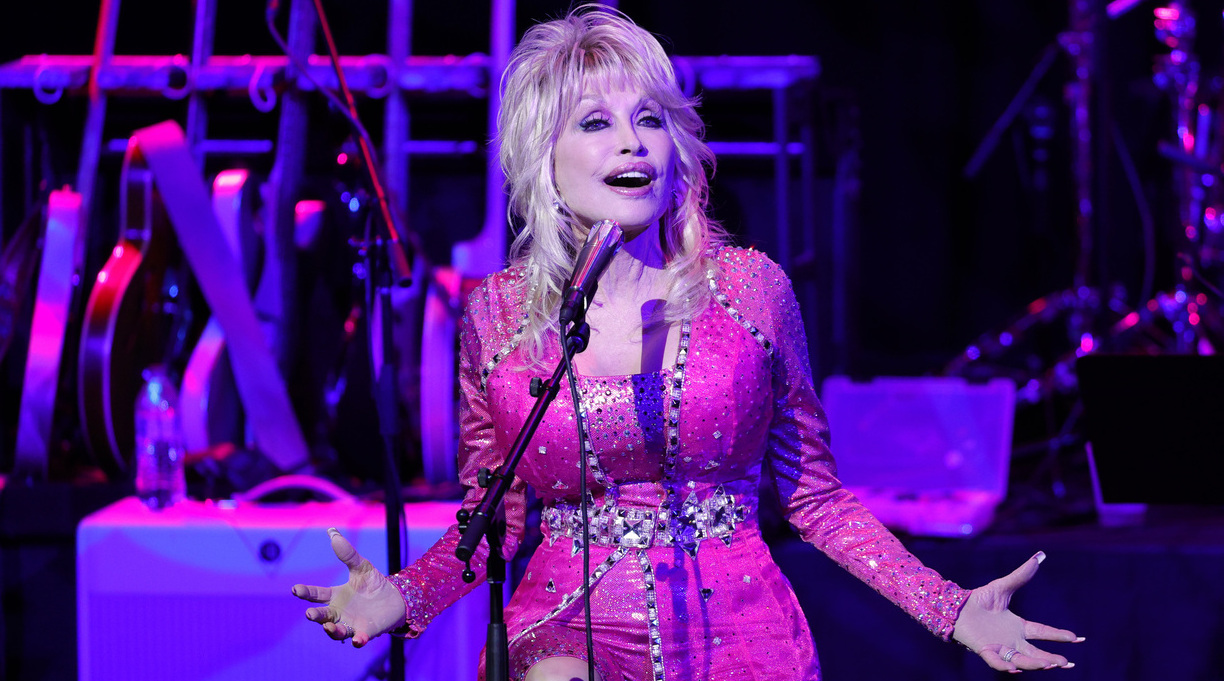 The country music legend is joining forces with Jeni’s Splendid Ice Creams to bring back a flavor specially made for Parton: strawberry pretzel pie, which the confectioner describes as “a throwback to the triple decker pie from the potlucks of our youths.”

The limited release of the ice cream is tied to the release of Run, Rose, Run, a novel Parton co-authored with James Patterson, and Parton’s companion album to the book. Readers, listeners, and frozen dessert connoisseurs will be able to get a digital version of the album with a bonus track when they pre-order Parton’s ice cream, Jeni’s announced in a tweet.

Run, Rose, Run, which will be published by Little, Brown on March 7, follows a young aspiring country music singer on the run from her past. A reviewer for Kirkus said the “fairy-tale characters and details of the country-music scene are so much fun you won't mind the silly plot.”As for the ice cream, Jeni’s says it features “layers of salty pretzel streusel, subtly sweet and effortlessly tangy cream cheese ice cream, and lipstick red strawberry sauce.”

The ice cream will benefit Parton’s Imagination Library, a program that sends free books to children from birth to the age of 5.

The frozen treat is limited to two pints per customer (but you can still buy all the brambleberry crisp and gooey butter cake that you want).