An Author Imagines the Future of Storytelling 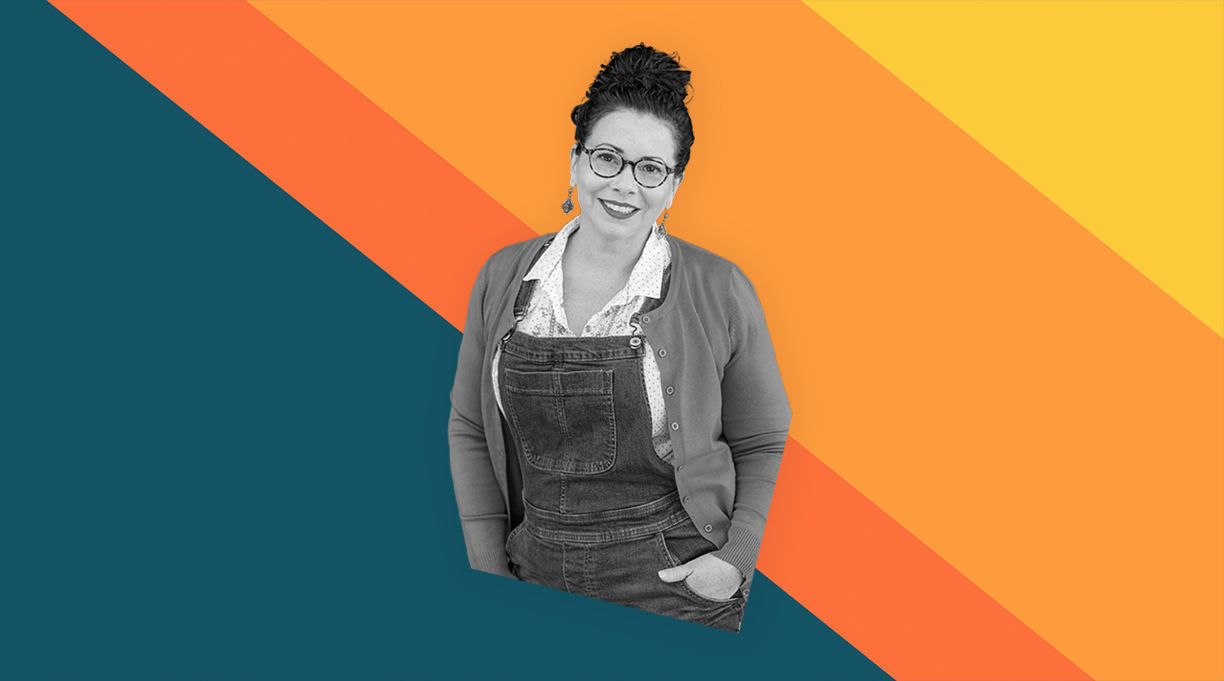 Donna Barba Higuera’s The Last Cuentista (Levine Querido, Oct. 12) takes place in the year 2061, when the world is about to end. Humanity’s last chance is a journey deep into space, with a chosen few to spend 370 years in stasis. Twelve-year-old Petra Peña’s family is one of the lucky ones, but when she awakes in a future where everyone has been reprogrammed by a nefarious Collective, she realizes her suspended animation failed and she is the only one with the memories of the past intact. What follows is a powerful tale of hope, survival, and the power of storytelling. Higuera spoke to us via Zoom from her home in Washington state. The conversation has been edited for length and clarity.

Your story focuses on storytelling as a source of inspiration and comfort as well as something that is intrinsically connected to identity, memory, and resistance. The book’s villains conflate knowledge of stories and history with control, associating storytelling and recordkeeping with negative outcomes and emotions.

The opposition in the book is the Collective, and they’re trying to create a perfect society by erasing the past. The Collective wants to create a society where there’s no suffering or hunger. Most of us would love for that to happen, but their motto is to create a “new history,” and that involves forgetting and eliminating the memory and the record of what it means to be human. To erase our knowledge of war and other horrific events throughout history allows us to repeat our mistakes.

There is a moment in the book when one of the characters, in referring to the Collective, says, “What they want isn’t so much the scary part, it’s how they propose doing it.”

In that moment, those observing had no idea the extreme [to which] this Collective was going to take their cause, and one could argue that it ended up going to a really absurd level. But we know that throughout history those [who] deny painful events or ignore the mistakes that we’ve made in the past don’t really have the motives of humanity and compassion at their core. If we eliminate art and pain and exuberance for life, you first have to eliminate the people who exemplify those characteristics, and those people are artists, empaths, and storytellers. To remove them is to create a void, a nothingness. Without those people, how would we spot the problem when the message seems too positive—because who doesn’t want a society without suffering? I actually went back and added that scene to show how innocently certain ideas can begin and grow over time.

Petra is the last cuentista, the last storyteller, because she is the only one left with her memories intact. She ultimately must make a difficult choice about whether to keep them or not—and how to use her skill to help others.

In oral tradition and storytelling, part of being a storyteller is that they do get to take what they have experienced in their own lives and embellish stories and make them their own, have them serve them in that moment. Maybe not just for the people they’re telling this story to, but it might be cathartic to the storytellers themselves and what they are dealing with, whether that’s grief or pain. But also to be able to see those around them and what they need, and that’s what Petra does because she realizes if she is going to help others, first she needs them to remember. She needs them to know what it feels like to be courageous or to have hope. Or to have compassion for one another and what it means to be human. So she takes these stories that may not have all of those elements and embellishes them and weaves those themes into her storytelling.

You never shy away from harrowing moments, and Petra goes through a lot of tragedies. Given the book’s intended audience, did you ever feel like there was a line not to be crossed?

Petra has to work through her grief and decide if she is going to dwell in this loss or is going to be become the heroine of her story, save herself and others. We don’t give kids credit sometimes to handle those difficult topics. This past year and a half, kids have seen humans treat each other horribly, and they’ve seen death, and they understand it. They see it in the news, they know what’s happening, and so we need to give them the tools to cope with that. Seeing another child cope [and] watching her grow will hopefully help them. I hope they’ll see that there are these moments of victory where Petra overcomes what happens to her.

You incorporate elements of Mexican folklore, too—stories in many ways much darker than your typical fairy tale.

Sometimes there are stories in one culture that are far more edgy and creepy than stories that might be similar in another culture. Growing up as a mixed-race kid, I was balancing these stories I was hearing from my Mexican culture versus my American culture. The American and European fairy tales seem a lot tamer than the stories that I was hearing from my Mexican grandmother and family, from the oral tradition. Depending on the storyteller, the story may be creepy just [from] their mannerisms or facial expressions and how they’re telling this story. I didn’t dare share my grandmother’s stories with my friends during sleepovers because I felt they could not handle them. Interesting—I now realize I was gatekeeping to protect them!

Mixing those tales with science fiction created a unique novel.

When I thought of this story and where it came from, the setting came first: I’m going to write this story about this girl who travels to another planet. Then the question came about what would be most important to that character. I asked myself what I valued the most, and that’s storytelling: I love stories, I love folklore, I love reading. I love the stories that were handed down to me, generation to generation, from my ancestors. But I also love science fiction; I grew up on Star Trek, Star Wars, The Twilight Zone, Ursula K. Le Guin. Those two things might seem incongruous, but because I love both so much, they felt very harmonious to me.

Ana Grilo is co-editor of the Hugo Award–winning blog The Book Smugglers and co-host of the Fangirl Happy Hour podcast.