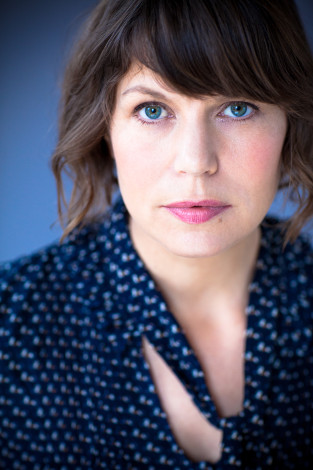 Once upon a time, there was a king who had three beautiful daughters.

The United States may not have a monarch, but we certainly have our own royalty. From the Kennedys to the Rockefellers, privilege in America has its own mythology, involving trips to the Hamptons, elegant black-tie benefits, lacrosse games and degrees from the Ivies.

In her new novel, We Were Liars, E. Lockhart explores the dark side of that kind of wealth. The book centers on the Sinclairs, a family of “old-money Democrats” so rich that they have their own private island off the coast of Massachusetts. Every summer, the whole clan congregates on the island, reuniting the titular Liars: the family’s three eldest grandchildren—Cady, Johnny and Mirren—and outsider Gat (who is the nephew of Johnny’s mother’s boyfriend). When Cady’s father moves out on the eve of her 15th summer, she’s excited to escape to the idyllic Beechwood Island. But the WASPy reserve of her relatives isn’t enough to hide the trouble brewing: Her aging grandfather’s behavior is increasingly unpredictable, and he seems to enjoy watching his three daughters jockey for the inheritance.

Lockhart grew up in New England, attending prep school and spending summers at her grandparents’ house in Martha’s Vineyard. Although her family didn’t have anywhere near the kind of money the Sinclairs do, she knew plenty of people who did. “I was always kind of one foot in, one foot out of that world,” she says. Lockhart knew she wanted to write books for children from a young age, but after college, she undertook a doctorate in English literature at Columbia. “Honestly,” she says, “I think I just wanted to be an academic because I wanted people to take me seriously.”

We Were Liars draws on some classic texts, including King Lear and Wuthering Heights, and the novel has touches of both the former’s moral reflectiveness and the latter’s gothic sensibility. Like Emily Brontë, Lockhart employs an unreliable narrator—albeit one as frustrated by her inability to get to the truth as the reader is. At the end of that summer, Cady hits her head under mysterious circumstances and is found half drowned on the beach. She develops chronic, debilitating headaches and can’t remember what happened no matter how many times it’s explained to her. It’s only when she returns to Beechwood, almost two years later, that she begins to recover her memories of the earlier summer.

Cady’s migraines form the germ of the novel. Lockhart knows a number of people who suffer from such headaches and became interested in writing about how such pain would affect a character’s life: “I thought especially for a teenager this might really affect your sense of yourself, your sense of your own competence,” she says. And when you can’t trust your own experiences, you’re forced to rely on the testimony of others. But what if they aren’t telling you the truth?

This is the novel’s central tension: As Cady herself admits, the Liars probably deserve their nickname. “The process of reading the novel is the process of uncovering the truth behind the lies they tell the others or that they tell to themselves,” Lockhart says. This made the novel challenging to construct—it involved a lot of reorganizing and rewriting. That attention to detail pays off in the novel’s engrossing and genuinely surprising plot.

Lockhart intersperses her twisting narrative with interludes that reimagine the novel’s events as fairy tales. The basic setup of the story—a rich father with three daughters looking to inherit—comes from a tale often known as “Love Like Salt,” in which a king demands that his daughters tell him how much they love him so he can decide who is most worthy of inheriting his kingdom. The elder two make flowery speeches and outlandish comparisons in order to impress him, while the youngest daughter simply states that she loves her father “as meat loves salt.” For this, she is disinherited and banished (at least until the king realizes the true value of her answer). In the novel, however, all three daughters are equally manipulative as they attempt to secure their portions of the family fortune, and it is Cady, the eldest grandchild, who refuses to play along; as she puts it, “I suffer migraines. I do not suffer fools.”

Other tales, including “Thumbelina,” “Beauty and the Beast,” and “Sleeping Beauty,” are retold in ways that reflect the circumstances of the various Sinclairs. These interludes never end happily or even peacefully—evidence of the emptiness of the Sinclair family’s self-mythologizing. Lockhart says she saw this device as a way “to say things about the family that I couldn’t say directly or my heroine couldn’t say directly.”

Cady’s version of events is no more reliable, however. She has awkward interactions with her family members, who attempt to tiptoe around the gaps in her memory. The pain of her headaches makes her self-centered and snippy. She complains a lot and is constantly taking her privilege for granted. In a quest to prove her moral superiority, she embarks on a project to give away one of her possessions every day. Cady is nonetheless absolutely compelling, which is what Lockhart thinks is the most important quality in a character. “I don’t think young women should be required to be likable,” she says. “In fiction or in real life.”

Lockhart is similarly impatient with many of the conventions of romances. “I don’t believe in soul mates, and I don’t believe in…people who are dangerous being awesomely sexy,” she says. This aversion to typical romantic tropes made fleshing out Cady’s “raw-feeling” relationship with Gat tricky. But Lockhart is pleased with the result and describes We Were Liars as the most romantic book she’s ever written.

Ultimately, though, We Were Liars is the story of Cadence Sinclair Eastman, who knows both the power and the danger of a good story—a quality she shares with her creator.