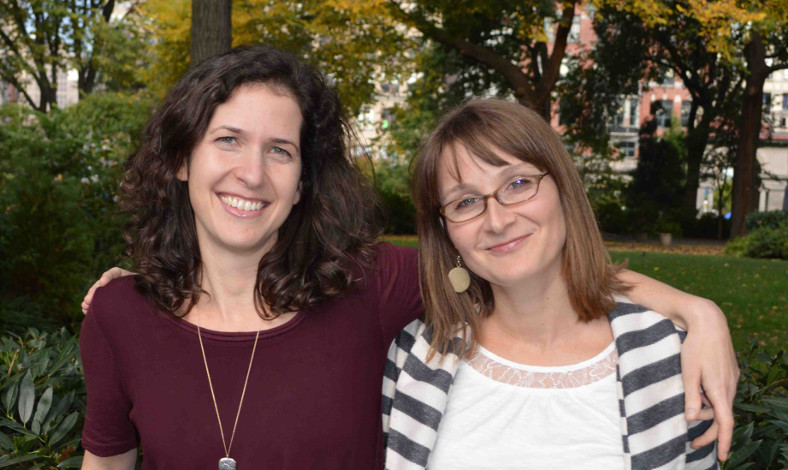 The book market for soon-to-be-parents is flooded with pregnancy and parenting guides—the What to Expect–type books—behemoth bricks of texts intended to inform the ill-equipped on how to undergo the biggest change of their lives. Obstetricians, nurses, midwives, sociologists, and the occasional celebrity offer up their opinions on the natural childbirth vs. epidural debate to help the expecting devise their ideal birthing plans. Although these books are helpful in surveying the physical landscape of labor and delivery, their clinical nature can also end up feeding the fear in an extremely vulnerable audience.

Eleanor Henderson and Anna Solomon have collected a much-needed warm remedy to these generic parenting manuals. In Labor Day: Birth Stories for the Twenty-first Century, 30 female writers, including the editors, share their deeply personal, firsthand accounts—some euphoric and funny, some painful and sad—that illuminate the trials and tribulations of labor.

Henderson and Solomon first met at the Bread Loaf Writer's Conference in Vermont in 2005, both recently married and aspiring fiction writers. They kept in touch as their babies came before their first books—Henderson went on to publish the novel Ten Thousand Saints and Solomon published The Little Bride. But the idea for this anthology began with a very pregnant Henderson asking new-mom Solomon for an honest portrait (“all the gory details”) of her birth story. Solomon responded with a four-page essay. “I didn’t realize until Eleanor asked me to do it how badly I needed to write it,” says Solomon, “and we hear that again and again from the writers who have written them, and also the people who read them.”

When they decided to assemble an anthology of stories about birth, they sought out writers who they knew could craft artistic, compelling narratives and explore a diverse range of experiences. Many contributors were excited to fill this hole on the bookshelf that would transcend the commercially marketable tale of childbirth. “If you think in terms of the history of childbirth on a cultural level, it’s only relatively recent that people talk about birth as openly as they do now,” says Solomon. “Some people find it disgusting and other people don’t want to think about women’s bodies in that way, and it raises other questions around loss and miscarriage and the whole big picture of the process, which in general, as a culture we haven’t talked about openly.”

The breadth of this collection covers very emotional territory. “We’ve read these essays literally 35 times now in terms of going through edits, and I still find myself crying and laughing and being fully in it,” she says. Henderson acknowledges the challenges of this particularly sensitive subject matter: “During birth you are never more present in your body or also sort of out-of-body, and it’s not as

though you’re taking notes.” Most of the writers found some catharsis in the writing experience, but Henderson recalls a few exceptions: “A couple of the contributors we asked early in the process agreed to write essays for us, and then found that they couldn’t because the process of recapturing their births was too traumatic.”

The anthology includes pieces by Lauren Groff, Lan Samantha Chang, Dani Shapiro, Sarah Shun-lien Bynum, Cheryl Strayed, Heidi Julavits, Julia Glass and Jennifer Gilmore, among others. The women divulge their struggles to sleep, eat and write throughout their pregnancies; the shock of the pain, Pitocin, epidurals—or lack thereof—during labor; and the slow healing process and hormonal changes thereafter. There are stories of home births, emergency C-sections, and some births that never happen.

Through all the ups-and-downs of these individualized moments, an overarching theme of wonder emerges—the endorphin-fueled amazement of achieving the impossibility of creating new life. As Dani Shapiro writes in her essay, “[m]y husband is a filmmaker, and he will often say that the story of how a movie gets made is different every single time. The same is true for childbirth, I think. Oh, the mechanism all looks pretty much the same, and there are only so many variations on the theme. But the inner life of a woman about to give birth is a world textured and complex and all its own.”

Bridgette Bates is a writer and editor who lives in Los Angeles. A recipient of a Fulbright and a Boston Review “Discovery” Prize, her book of poetry will be published this fall by Rescue Press.