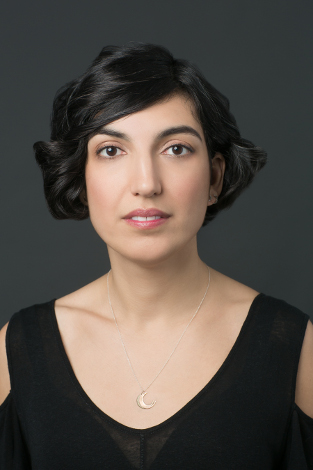 Elif Batuman’s semiautobiographical novel, The Idiot, is a shrewd and heady tale of a girl in a constant state of cogitation. It is 1995 and Selin, a Turkish-American, is a freshman at Harvard University and an aspiring writer. Her youthful inquisitiveness embraces an in-depth understanding of seminal writers, philosophers, and linguists —from Chekhov to Chomsky—whose plot points and platitudes most people forget upon graduation.

As with Batuman, who, within the first 15 minutes of our conversation casually mentions Derrida, Dostoevsky, and Flaubert, Selin’s highbrow references are involuntary and endearing, seamlessly interwoven between universal deliberations and abstruse reflections on language. Like Batuman’s, Selin’s academic life revolves around the subject.  “It is a self-sufficent system,” she tells her friend Svetlana, arguing that truth and words are inherently unrelated.

There’s a playful innocence to Selin’s observations of the mundanities of everyday life: “What was ‘Cinderella,’ if not an allegory for the fundamental unhappiness of shoe shopping?” she notes after a failed trip to the shoe store. Her existential angst, the kind that accompanies new independence and first love, will be deeply, at times embarrassingly, familiar to anyone who no longer lives with their parents.

“I actually wrote the first pass of this book in 2000 and 2001,” says Batuman, “so all of that stuff was a lot fresher. I don’t know if I could have remembered all of it or remembered what it felt like [to be that age].”

The book reads like a hyper-intellectual heartfelt memoir and a period piece. The Atkins diet, R.E.M., desk phones, pay phones, and dial-up internet access all make an appearance. That it is also the Paleolithic era of internet miscommunication is highlighted by Selin’s genuine bewilderment at how and when to respond to emails from Ivan, her crush. The “rules” have yet to be written.

“At least now we have these great features where you can unsend a message,” says Batuman, who is also a staff writer at the New Yorker. (It is comforting to know that even staff writers at the New Yorker are guilty of impetuous emails.) There’s an effortless humor to her candor, even when explaining why, in 2015, she decided to revisit her manuscript for The Idiot. “I was in Tuscany on a fellowship; it was super last-minute, so I think someone else must have canceled,” she says, managing self-effacement without self-deprecation. There is a point to this detail, one having to do with Europeans’ predilection for Proust and her having time to reread the author while working on a different semi-autobiographical novel called Two Lives about a more recent, more complicated version of herself. In that manuscript, the main character, a Turkish-American journalist living in Turkey, was grappling with the compromises and hypocracies that suggest learnedness and accompany adulthood.

In In Search of Lost Time, Proust writes, “In later life we look at things in a more practical way, in full conformity with the rest of society, but adolescence is the only period in which we learn anything.” Batuman includes the full paragraph as The Idiot’s epigraph. While re-reading Proust in Tuscany, it became increasingly clear that understanding her character in Two Lives required a thorough depiction of her earlier years.  “I thought, maybe I have to write this [part of the] story first. It will be like a prequel to Two Lives, so that’s what I ended up doing.”

Batuman found herself trying in 2015, at the age of 38, to describe college life and remembered the manuscript. “There was so much I’d forgotten. You remember the basic facts and recognize the feelings, but I couldn’t have just generated that 20 years later,” she acknowledges. “You’re not the same person.”

That the book shares a title with a Dostoevsky novel is a nonissue for Batuman. “I realize that opens a possible line of criticism,” she says, but the title is about entendre rather than ego. “I looked at the draft that I had abandoned so many years ago. It was embarrassing and awkward and there were all these times I just wanted to shake her and say, Stop being like that! The Idiot just seemed like a perfect title.”

Batuman’s unabashed literary references throughout a novel that is inherently self-referential are refreshing, all too often relegated to the work of male authors. When asked why she thinks there’s a disparity, she says, “I guess men take themselves seriously in a way that women don't a lot of the time. Part of that is men thinking of themselves as part of a tradition that is a little more alienating to us because it is a tradition of men, and it isn't totally clear how you seamlessly insert yourself into it.” But she has had the experience of editors saying that, before meeting in person, they were unsure whether her work was by a man or a woman. “That has made me curious as to whether it is about my name or if it's something about how I write. I wonder if it has something to do with my not being totally American. I feel like if my name were Katie or Emily, my life would be really different, and maybe my writing would be really different. That's just a feeling that I have.”

Tobin Levy is a writer living in Austin.