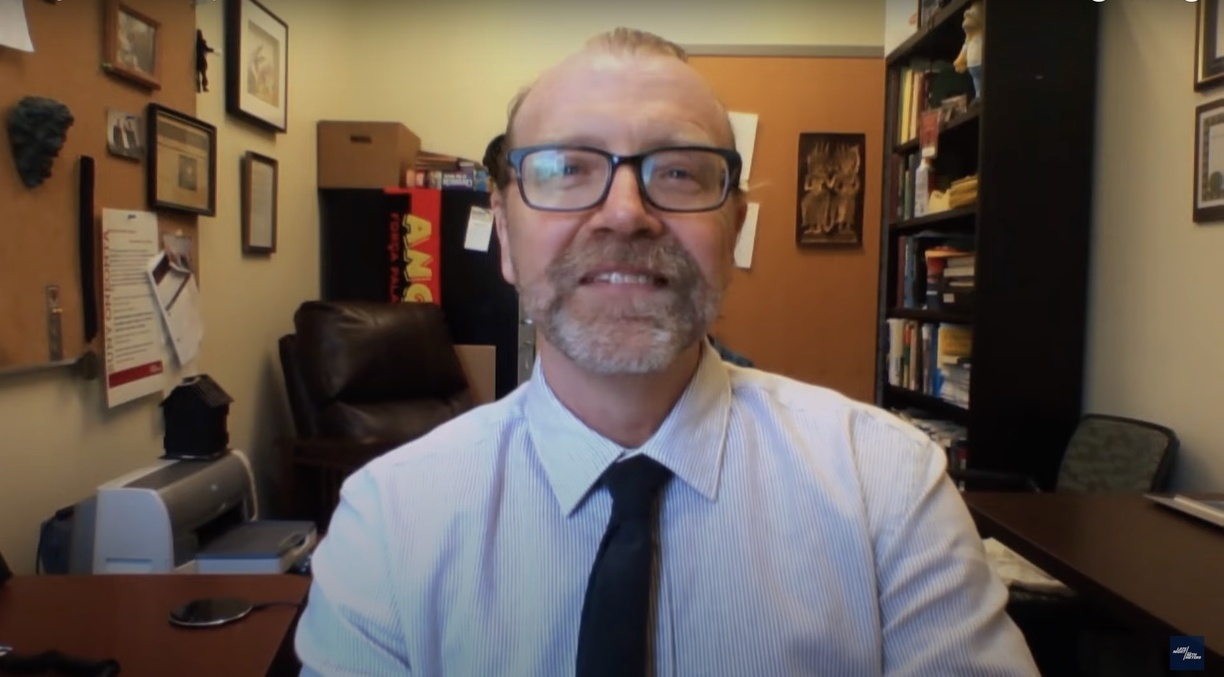 George Saunders discussed his latest book, A Swim in a Pond in the Rain, with late night talk show host Seth Meyers on Tuesday.

Saunders’ book, based on a class he teaches at Syracuse University, takes a deep dive into seven short stories by Russian masters. In a starred review, a critic for Kirkus wrote, “A master of contemporary fiction joyously assesses some of the best of the 19th century.”

Saunders acknowledged that the book might be considered a bit of a tough sell.

“It’s not a natural sales pitch,” he said. “A highly technical book with tables and figures about some dead people.”

Saunders said his interest in the Russian writers was piqued after he attended a reading by the Tobias Wolff, in which the author read stories by Anton Chekhov rather than his own work.

Meyers asked Saunders if he tries to impress upon his students the importance of empathy in fiction.

“I think that’s the whole beauty of the story,” Saunders replied. “If you’re reading a great story, you basically become that person, even if you, in real life, wouldn’t have liked him or you would have been bored by him, so there’s something really lovely about that.”