Going Out Into the World 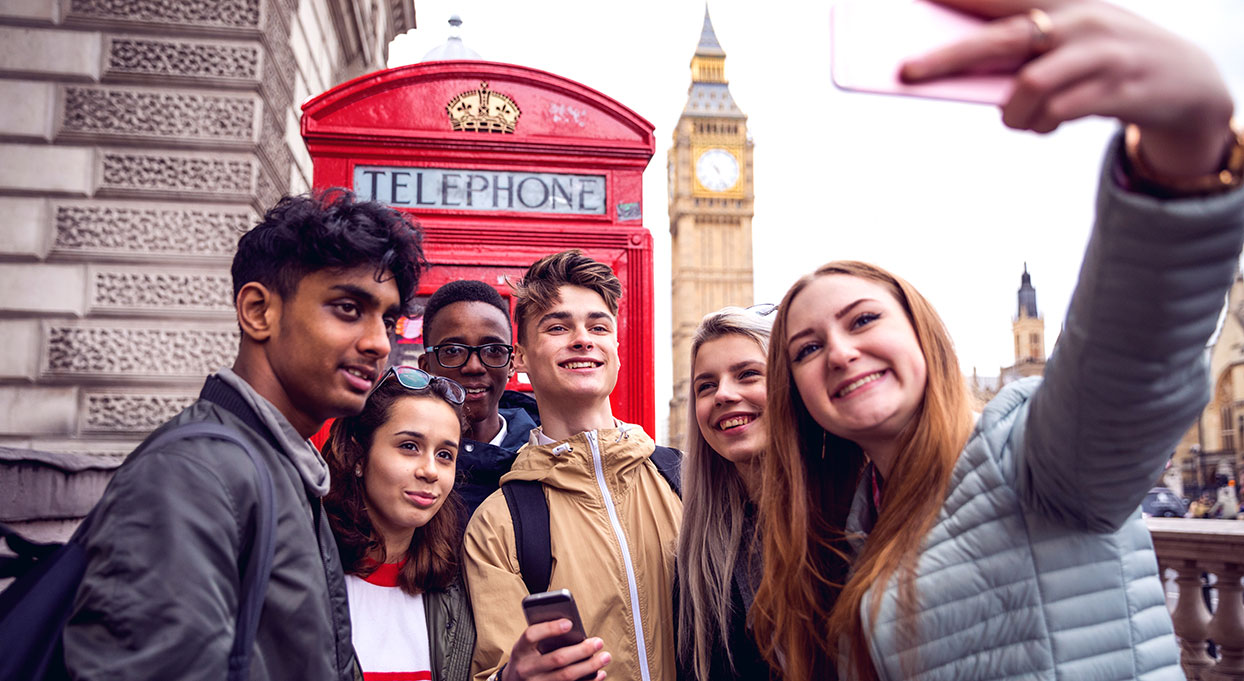 If there’s one hallmark of the adolescent years, it’s growth: growth that involves engaging with increasing autonomy with the outside world. This process contributes to critical identity formation as young people figure out who they are in relation to—and apart from—family, peers, and community. The physical restrictions necessitated by the current pandemic pose a great challenge to normal teen life, perhaps more than any other age group.

Vicarious travel through literature can open up new horizons and offer mental escape. All too often, travel literature centers on straight, white characters finding themselves in “exotic” new locales. The positioning of who is the explorer and who is the subject of scrutiny typically follows a one-way script. Here are five titles armchair travelers can enjoy while housebound, or at any time. Each shakes up the usual tropes by showing people of color and queer people out in the wide world, just as in real life.

Ever Wong is a Midwestern Chinese American girl whose parents send her to spend a summer in Taipei, Taiwan, attending what she believes will be an intensive program of cultural and academic immersion in Loveboat, Taipei by Abigail Hing Wen (HarperTeen, Jan. 7). But Ever is soon immersed in a whirlwind of social activity that is certainly educational—though not in the way her parents intended. Ever, used to being in a minority at home, also gains valuable insights into her Asian American identity and her life as the daughter of immigrants.

In the graphic memoir The American Dream? A Journey on Route 66 Discovering Dinosaur Statues, Muffler Men, and the Perfect Breakfast Burrito (Zest Books, 2019), Malaysian immigrant Shing Yin Khor presents an account of their road trip along the iconic U.S. highway. This road, which may have associations for many American readers, gains freshness when presented through the eyes of someone who is exploring questions of national and personal identity, Americanness, and suspicion of outsiders. Khor’s is a story of looking beyond popular narratives and comfortable bubbles to see for oneself the people and places less frequently encountered in the version of America typically exported for entertainment and consumption.

Elizabeth Acevedo’s With the Fire on High (HarperTeen, 2019) centers the story of Emoni Santiago, an Afro-Latinx high school student and doting mother of a little girl. At home, Emoni expresses her creativity and shows her family love through her cooking, which is intuitive and instinctual. Taking a culinary arts class at school, one that includes a trip to Spain to study with professionals, presents Emoni with challenges to her feelings of mastery in the kitchen, however. There is a good reason food is at the center of so many stories about family, community, race, and culture. For a bright, capable young woman wrestling with all of these subjects, the passion and comfort food provides is both grounding and inspiring.

It’s still all too rare to find queer characters in historical fiction—as if queerness were a modern invention. Mackenzi Lee’s The Lady’s Guide to Petticoats and Piracy (Katherine Tegen/HarperCollins, 2018), the second book in the Montague Siblings series, reunites fans with Monty and his boyfriend, Percy—but Monty’s sister, Felicity, is at the heart of this story. If she were alive today, rather than in the late 18th century, Felicity likely would identify as asexual and aromantic. She rejects an offer of marriage in Scotland and tries to reach Germany, where she believes she’ll be able to study medicine. Adventures ensue as Felicity teams up with an Algerian Muslim woman who can help her get to Germany—and has her own reasons for seeking the German doctor Felicity hopes to study with.

Kwame Alexander with Mary Rand Hess’ Solo (Blink, 2017) is a verse novel about teen Blade Morrison, whose fast-living father was a rock star (now struggling with substance abuse) and whose mother died when he was young. Living a life of material privilege but emotional emptiness, the talented young musician ends up traveling to a remote area of Ghana, seeking answers to a family mystery. There he discovers truths about himself as much as he comes to learn about those he meets. It is a rare treat to find a work in which a young black American has the opportunity to travel to the African continent as part of his coming-of-age. The respect and sensitivity with which Blade’s story is told is a gift to readers.