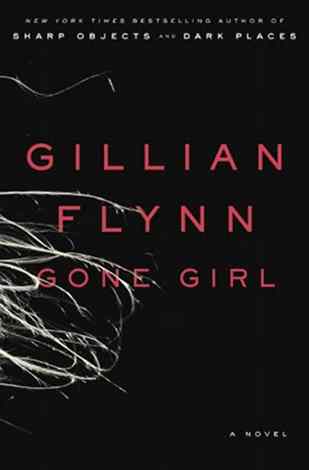 A man comes home one day to find his front door wide open, the house in disarray and his wife missing. He calls the police, but he’s been acting so, well, suspiciously.

The panic and concern seem a little rehearsed, and there are a few things he’s being less than upfront about. What the police think is a possibility becomes an obvious certainty once the media and the public get involved: this man killed his wife.

Except, you know, well, maybe. In Gillian Flynn’s Gone Girl, she plays with the obvious storyline of the missing wife and the accused husband. She brings in the whole circus, the talk shows and the 24-hour news networks, the high-flying defense attorneys, the nonstop commentary about every aspect of these people’s lives. And Flynn gracefully turns all of this on its head.

It’s a smart book. I mean, vile and delicious, yes, but also incredibly savvy about the media saturated world that we live in and the TV audience’s hunger for murderous husbands and their pretty dead wives. I’ve been a fan of Flynn’s since her first book, Sharp Objects, and the clever way she burrows into expected tropes of the crime and thriller genres and dismantles them from the inside. I spoke with Flynn about watching Nancy Grace, the ethics of reading the tabloids, and why all of her death and mayhem is set in the Midwest.

How much of these news frenzy programs about dead and missing wives have you yourself watched? And was it guilty pleasure or research?

I'd love to claim research, but they definitely started as my own personal guilty-pleasure issue. I don't think all true crime is necessarily guilty pleasure. I do think some cases resonate because they reflect and illuminate certain darknesses in our own lives. Family drama, marital conflict, socioeconomic forces—they all come to play in a true-crime case.

But I do think one must carefully choose how much and what quality of coverage you allow in. You are nosing around in an actual human being's personal horror, and it's being packaged for you, the viewer or reader. It's consumable tragedy, and we need to be responsible consumers.

I think those shows in which people, usually the husbands, are immediately cast as villains—and then hammered and hammered by panels of "experts" are very dangerous.

You obviously play with the formula, and we'll see if we can talk about it without giving too much of the book away. Because whenever a woman disappears the story basically writes itself. How much fun was it to subvert that?

I was very interested in what it meant to be the villain in a national missing-persons case. Whether or not Nick is guilty, and I'm not saying, I liked the idea of how your behavior is affected when the whole world finds you suspicious and perhaps a little vile. If you cry too much, you are putting on a show and probably killed your wife. If you don't cry enough, you are cold and callous and probably killed your wife.

Nick is a very media savvy guy, a former journalist, so he knows better, he knows how it all works, and yet he resists giving the media the show they want. There are behaviors he could assume that would make his life easier, but he can't bring himself to do it. Whether that's admirable or stupid is debatable.

Reading the book it's clear how much of an industry is built around these dead wives: the Nancy Grace shows, the "experts" who appear on shows like that, the defense attorneys who specialize in suspicious husbands...What's your opinion on the circus that accompanies these tragedies? Is it predatory, or is it just giving an audience what they obviously want?

I think we viewers are definitely complicit. The cases that get chosen for media coverage—the ones that really capture the public's interest—are all very similar. The cases don't tend to revolve around people on the fringe of society. They're usually middle class, because that's what fascinates us: How did someone who could be our next-door neighbor, or ourselves, end up dead?

It gives us the blessing to nose around in other people's lives, because we can hide our nosiness under the guise of concern. It escalates from there. The more interested we get, the more coverage there is, and when a case drags on and nothing breaks, that's when that righteousness sets in—if the police won't give us someone to blame, the media will. But we're usually happy to have a target.

Gone Girl, like Sharp Objects, has this return to the small Midwestern town. Is it your own experience as a Midwesterner that has you returning to this device? And, as a Midwesterner who rarely sees realistic portrayals of where I'm from, I kind of just wanted to say thanks for setting books in Missouri.

Well thank you very much! I appreciate that. I originally had set Gone Girl in Chicago—that's where I live now, and I was itching to do a Chicago book. But as I figured out more and more of the plot, it just didn't make sense to set it in Chicago. Since so much of the book's themes are about the end of things: careers, marriages, parents, livelihoods, I decided I wanted to set it in a fictional small, bankrupt town.

I chose Missouri, just because I like to write about Missouri. As a fellow Midwesterner, you know how scarce realistic Midwestern settings are in fiction. It's unfortunate for readers, but great for me, because I have this vast playground to run around in. I rarely have to worry if a regionally specific scene has been done before.

It's actually easier to write about Missouri than New York, because New York has been thoroughly picked over. Although you will notice that after Sharp Objects, I have stayed out of southern Missouri. I happily concede that to the brilliant Daniel Woodrell.

Jessa Crispin is the founder and editor-in-chief of Bookslut.