A Hero Whose Courage Is Hiding in Plain Sight 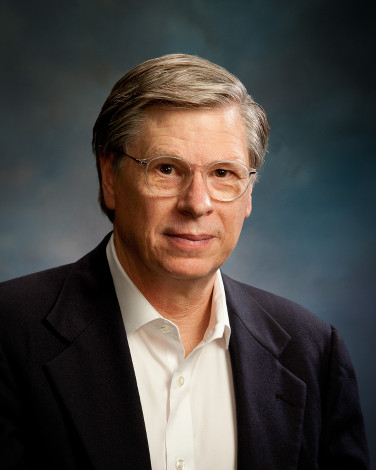 Charles Belfoure’s debut thriller, The Paris Architect, is suffused with the pervasive apathy and subterfuge of the Nazi occupation of Paris, but the novel is inspired by an act of simple, yet life-preserving kindness. Belfoure’s Polish mother benefitted greatly during World War II from acts not dissimilar to some he depicts in the novel. During Germany’s occupation of Poland, his mother was forced into a Polish labor camp to produce war materials for the Third Reich until a factory supervisor, who was German, realized that Belfoure’s mother could speak German fluently. Belfoure recalls that the supervisor “arranged for her to get a job as a housekeeper and translator for this contractor. So she lived in the house with [him] in relative comfort where not far away thousands of people are dying.”

Lucien Bernard, the reluctant hero of The Paris Architect, is a man whose diffidence affects people in some seriously precarious positions, but the author uses the contours of Lucien’s personality to raise questions about bravery and free will. “A person is faced with a choice to help someone and it’s not an easy choice,” Belfoure says, “so this person discovers that he has this sense of courage and integrity that he never thought he had.”

Beyond this heady inspiration, Belfoure also sought to write a novel with architecture as the plot basis while being mindful to omit the technicalities of the trade. He “didn’t want to write a book for architects,” Belfoure explains, but he had “always wanted to use architecture as a plot basis for a novel.” The novel moves at a considerable clip, Grisham-esque in its structure and styling. Belfoure is an architect and historic preservationist by trade; Lucien is a struggling, yet ambitious, genteel bourgeois architect short on work and professional achievement. His decisions, which shift from selfish to selfless, are the suspenseful metronome that paces the novel.

Lucien is a modernist architect with high aspirations and professional drive mired by the war and Paris’ Nazi occupation. Auguste Manet, an old-money industrialist, calls upon Lucien to build highly lucrative secret hiding places for hunted French Jews. Lucien’s acceptance means that he will also have a not-so-lucrative contract designing buildings for the Nazi’s.

Lucien reluctantly accepts the dual contract, at first solely for the money and the work, but as events unfold, the secret enclosures become more than just a lifeline to black-market goods and a more comfortable life. These hiding places begin to symbolize a test of his humanity.

Adding to the anxiety, tension and frantic pace of the novel Lucien adopts a Jewish runaway after his wife’s exodus, she was disillusioned with his newfound alliances and career, and he employs him as an apprentice learning side by side with another new hire, a planted spy which could completely unravel the high-wire act of his double life.

The dexterously configured plot was inspired by “priest holes,” hiding places built into manor houses in the English countryside where priests still said mass and hid during Elizabeth I’s persecution of Catholicism in the 16th century. Belfoure “wanted the actual hiding places to be logical, to make sense…to be realistic,” he says, so he first drew them all by hand to scale and then they “were inserted [into the novel] as need be.”

Belfoure harbors some nostalgia for the craft of drawing, physically creating an architectural design on paper before taking it to the computer. “Today, people rarely even sketch at all,” Belfoure says. “There is this sort of nostalgia for that creative process that I describe when Lucien is designing his buildings.”

Belfoure has published a thriller about courage and the rocky path to discovering you even possess it. “In really bad times like this sometimes just a simple act of kindness can save a person’s life,” he says. “It’s just one little act of kindness that can save someone.”