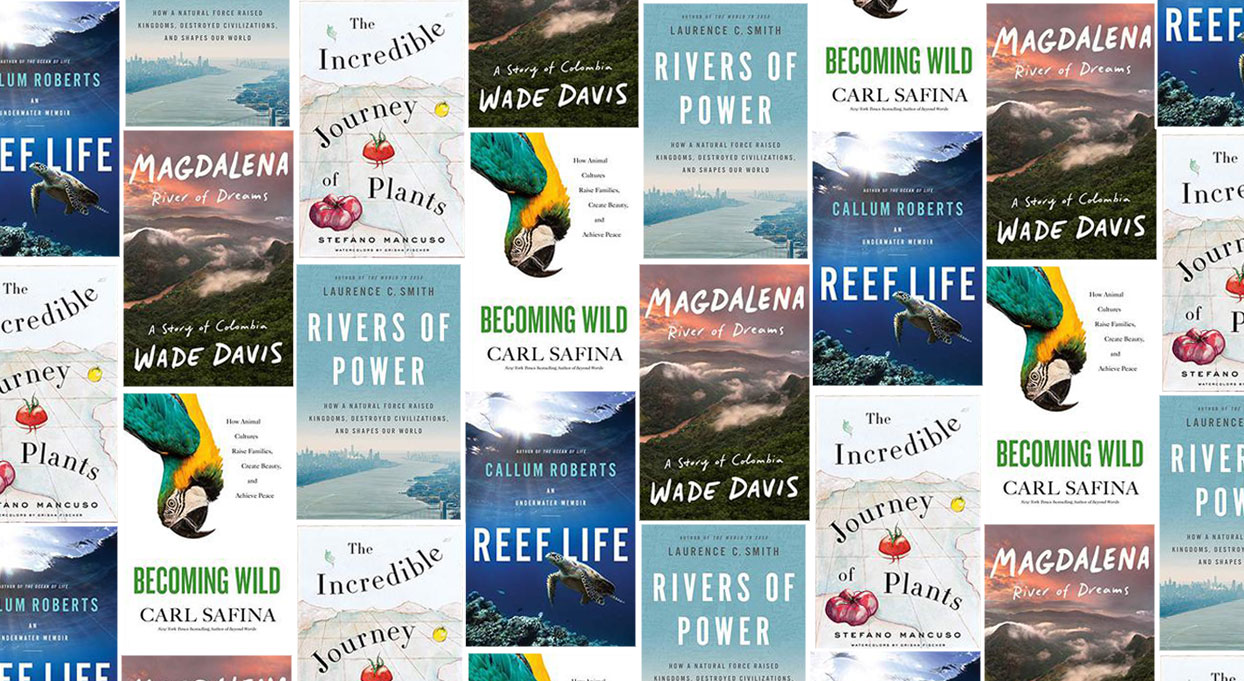 On April 22, we celebrated Earth Day, an event that, in the face of climate change and environmental degradation, grows in significance with each passing year. On our site all week, there's been plenty of interesting food for thought regarding our planet and the necessity of nourishing and protecting it. Contributor Mary Ann Gwinn provided a list of five contemporary classics of environmental literature, including Kirkus Prize winner The Gulf, by Jack E. Davis. To complement that list, here are five new releases that are good choices for Earth Day–inspired reading.

Magdalena by Wade Davis (Knopf, April 14): In “an elegant narrative masterfully combining fine reporting and a moving personal journey,” Davis delivers another excellent book that includes elements of memoir, adventure, anthropology, and investigative reporting. The author, a winner of the Samuel Johnson Prize and former explorer-in-residence at the National Geographic Society, chronicles the history and current state of the so-called Mississippi River of Colombia. Davis moves from the early Natives all the way to the present, demonstrating the profound impact of the river on the people of Colombia—and vice versa.

The Incredible Journey of Plants by Stefano Mancuso (Other Press, March 17): Mancuso follows up The Revolutionary Genius of Plants with this “engaging, illuminating, and surprisingly lively study of plant life,” a narrative that “smoothly balances expansive historical exploration with recent scientific research through stories of how various plant species are capable of migrating to locations throughout the world by means of air, water, and even via animals.” The professor of plant science is especially insightful regarding the vast interconnectedness of nature and the absolute necessity of plant migration. Though the illustrations leave much to be desired, this is an “authoritative, engaging study of plant life, accessible to younger readers as well as adults.”

Reef Life by Callum Roberts (Pegasus, March 3): A perfect choice for scuba divers, snorkelers, and eager armchair adventurers, Roberts’ exploration of the ecology of the world’s reefs is a page-turner. The author, who has won both the Rachel Carson Award and the Mountbatten Award, has been studying marine biology for more than 40 years, and it shows. Not just a primer on reefs and the animals and plants that inhabit them, this book, “a charming, well-written introduction to coral-reef ecology and the scientists who uncover its mysteries,” serves as a call to action as reefs around the world continue to bleach and die.

Rivers of Power by Laurence C. Smith (Little Brown Spark, April 21): Like Wade Davis, Smith, an environmental scientist, is fascinated by rivers. In his latest book, the author takes a wide view to demonstrate the importance of these watery arteries, especially pertinent in a time when we continue to clog them with pollution. It’s a “valuable, well-observed work of history and geography” in which Smith “examines historical precedents along the Nile, Yangtze, and other rivers to project how these drivers of history, ‘supercharged fuel lines’ of planetary energy, will affect the future.”

Becoming Wild by Carl Safina (Henry Holt, April 14): A new book from Safina is always cause for celebration. As one of our most significant nature writers, the author has delivered such top-notch books as Beyond Words and The View From Lazy Point. Here, Safina turns his sharp eye to the “culture” of animals and how three species—sperm whales, scarlet macaws, and chimpanzees—demonstrate behavior, especially within social groups, that is remarkably similar to that of humans. It’s yet another triumph for Safina, an “enthralling account of three animals that lead complex social lives and deserve to continue living.”