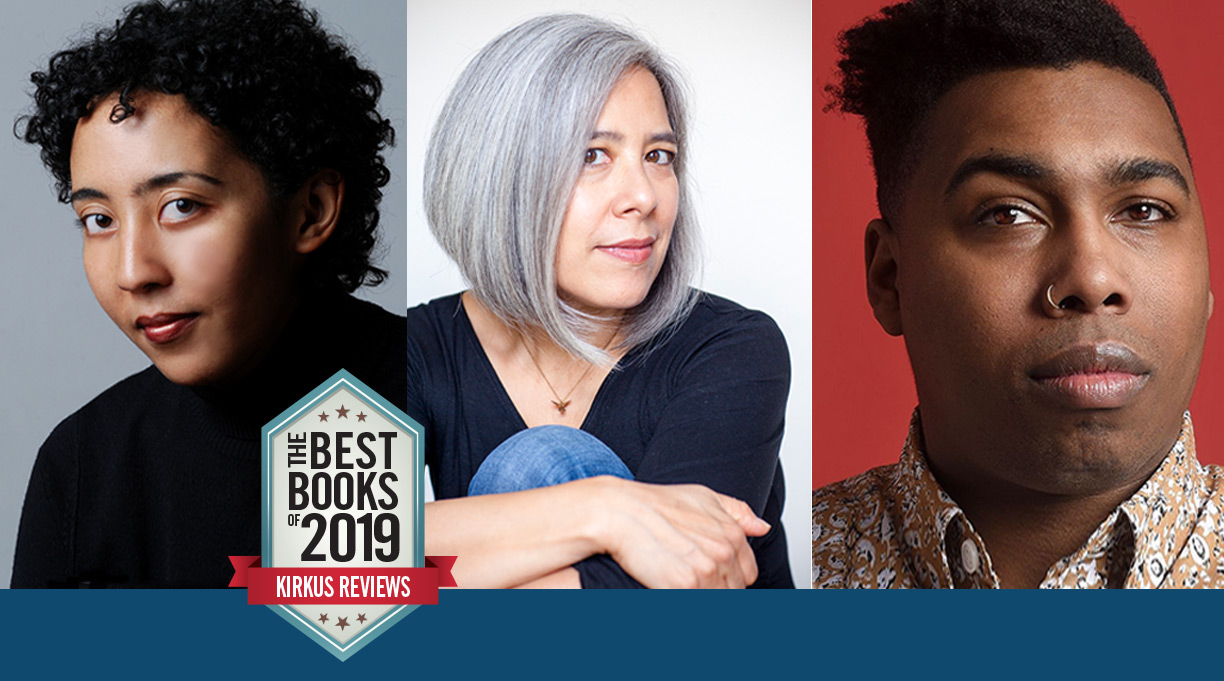 Once a week you’ll find me nestled in my Portland, Oregon, office, nuzzling the bulbous windscreen of an SM7B microphone. I open Skype to receive a call from recording engineer Cabel Adkins, in Austin, Texas, and am soon connected with an author somewhere in the world.

Recording Kirkus’ podcast, Fully Booked, is the hands-down highlight of any workweek. I love creating a sonic space where authors can share additional sides to their stories. I’m deeply grateful to the many guests who’ve graced our airwaves since 2017. Also to Kirkus’ critics, whose reviews we use to determine who to invite on the show; to our funny, smart editors, who offer reading recommendations at the end of every episode; and to listeners, who’ve made the podcast a success. And, of course, to former editor-in-chief Claiborne Smith, founding cohost, for giving me the gig.

It’s hard to choose favorites from another stellar year’s worth of Fully Booked episodes. But, off the top of my headphones, here are a few that stand out:

Saeed Jones, author of How We Fight for Our Lives (Simon & Schuster), joined us from Ohio in September, right before the announcement that his book was a finalist for the Kirkus Prize in Nonfiction. (Witnessing his win at the Kirkus Prize ceremony in Austin in October was a highlight of my year.) Jones’ exquisite debut memoir is his story of growing up black and gay in Lewisville, Texas—of coming out and striving for self-acceptance and self-respect. It’s also a love letter to his adored single mother, Carol Sweet-Jones, a Buddhist who worked two jobs, read three newspapers a day, and always took the time to tuck loving notes into her son’s lunchboxes.

Jones was a generous and exciting guest who was willing to go everywhere, conversationally speaking. He shared what he wanted readers to feel when they walked into How We Fight for Our Lives and what he felt revisiting the challenging memories that fueled its most striking scenes. We discussed the book’s vivid orange and red cover, who he meant by the “We” in the title, and some of the other significant words that grace its pages. An unforgettable episode highlighting an outstanding, heartrending memoir that should be a modern classic.

Another author I loved was Susan Choi, who joined us from New York City in April to discuss her eagerly anticipated fifth novel, Trust Exercise (Henry Holt). Set primarily at an exclusive performing arts high school in an unnamed southern city, Trust Exercise is the story of a sexy, driver license-less teen love affair that morphs, via shocking shifts in perspective, into a profound interrogation of how personal mythologies—and perceptions of trauma and abuse—are written and rewritten over the course of a lifetime. As has been reported in many reviews, sections two and three boast abrupt shifts in perspective that challenge readers to question who gets to tell the story—i.e., who gets to say what’s “true.”

Choi talked about truth and consequences, why she chose to call the book “Trust Exercise” (as opposed to “Trust Exercises”), and whether or not she could imagine other variations of the novel leading from the foundational section that centers on the love affair between teens David and Sarah. She also shared her tips for writing sex well (it’s not easy) and how she compels readers to make an emotional investment in her characters (it’s in the details). An intriguing conversation with an adroit novelist about a poignant and mesmeric novel.

In March, we spoke with debut novelist Namwali Serpell, who joined us from California, where she’s an associate professor of English at University of California, Berkeley. Serpell, a Zambian writer, once suggested that The Old Drift (Hogarth/Crown)is “the great Zambian novel you didn’t know you were waiting for.” That gives both an impression of the scope (massive) and humor (brilliant) in this great big great book—one of the smartest, most ambitious novels of the year, debut or otherwise. The Old Drift is the story of three generations of three families whose charter members come from England and Italy and India, often under false pretenses, to settle in Zambia. They ultimately intermingle, and Serpell weaves elements of speculative fiction, historical fiction, and magical realism to tell their braided story.

We talked about Serpell’s literary and musical influences, immigration narratives, and upsetting readers’ expectations, often to comic effect. A fascinating conversation about an absorbing and unique novel from a writer to watch.

Well, that does it for another exciting year of Fully Booked. Thank you so much for listening in 2019—we can’t wait to hear what 2020 has in store. But, until then, you know what to do: put this thing down and go read a book.