‘Hostage’: A Conversation with Elie Wiesel 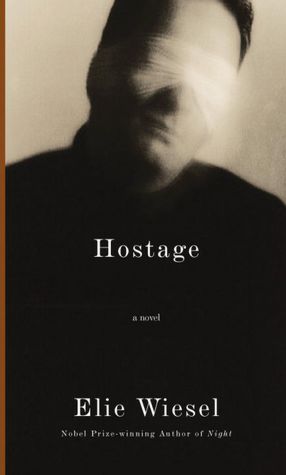 A longtime professor of literature and notable survivor of the Holocaust, Elie Wiesel is the author some 50 books of fiction and nonfiction, including the famed memoir Night, many addressing philosophical and moral issues surrounding the use of state terror in the last century.

With his latest, Hostage, he moves to the more personal scale of a relatively nameless—or at least certainly not politically prominent—Jewish writer who is kidnapped from his Brooklyn home by terrorists and subjected to a kind of stateless trial even as he awaits what is almost certain to be a death sentence. We spoke with Wiesel about his new novel.

Browse more of the best fiction translations of 2012

Hostage is set in 1975—and, unusually, its setting is in America, far away from many of the most terrible events of the time, from Munich and Entebbe. Why did you choose that year and place, and not, say, Israel or Italy in the year 2012?

It was an urgent time. Suicide terrorists were popping up all over the world. But why America? First of all, because I live here. It was the only country at the time that had been spared hostage taking and suicide terrorism. But anything is possible, even in our country—look at what just happened in Colorado, and before it Columbine, and so many attacks in classrooms, of all places. So I thought, why not imagine that what happens so often in so many other countries could happen here in our own country.

Munich was a sports event. Why do people gather at sports events if not for camaraderie? These are competitions, but not fights. National teams don’t hate other national teams. But still the Munich massacre happened. That’s the time in which the book is set. Suicide terrorism has transcended national communities, and acts of terrorism occur everywhere. That’s why the book is set in America.

Ahmed and Luigi, the terrorists who kidnap Shaltiel, himself a storyteller and writer, respond to him in very different ways. Are there degrees of complicity in acts of terror? Put another way, are there degrees of humanity in the characters?

Both Ahmed and Luigi are part of the same international terrorist group. Both of them have the same general background. But there’s a difference. Luigi is loyal to the cause, but Ahmed is patriotic. He’s concerned with the future, but Luigi is part of the past. With one you can talk, with the other you can’t. The language of the terrorist is violence, and its expression is also violent. That is the complicity between both of them.

This is perhaps a stretch, but is there any sense in which Shaltiel deserves what has happened to him? Certainly there are moments in the book in which he feels very guilty.

Nikos Kazantzakis often told a Greek proverb that says that it is not because two clouds meet that a spark is lit. Two clouds meet before the spark is lit. There are no accidents. All encounters therefore might be almost predestined. Down one street goes Shaltiel, down another Luigi and Ahmed, and all of a sudden they meet. Shaltiel may feel that his place is there among them. A victim who is used to great suffering can at times doubt his own innocence. Wrongly, of course. Shaltiel may wrongly feel that way, but it remains for him to find some conscious part, some role in that story. It is natural for him, of course, to feel that he is a victim.

At times Hostage seems a tale from Sheherezade, with Luigi keeping Shaltiel alive in order to hear more of his stories. At other times it seems a lost work of Kafka. Were you conscious of such literary forbears as you unfolded your story?

Writing, as I’m sure you know, is not a conscious affair but a subconscious one. The subconscious forms consciousness through words. Magic, if it exists, is there. That’s Sheherezade: My life is made up of stories that I can tell in many different ways. As for Kafka, in my life there are two authors who have always been there, Kafka and Dostoyevsky. Is Joseph K guilty? Kafka remains an example, or a guide, or both.

“You’re here precisely because you’re Jewish.” So Luigi says to Shaltiel after hearing so many of his stories. Jewishness is probably not a precondition to being a victim of terror, though certainly terror has fallen on many Jews—and certainly Shaltiel, in that long examination of whether he is guilty or not, moves from victim to witness. In all of that, do you mean for Hostage to speak particularly to the Jewish experience, or do you mean it to be a more universal story?