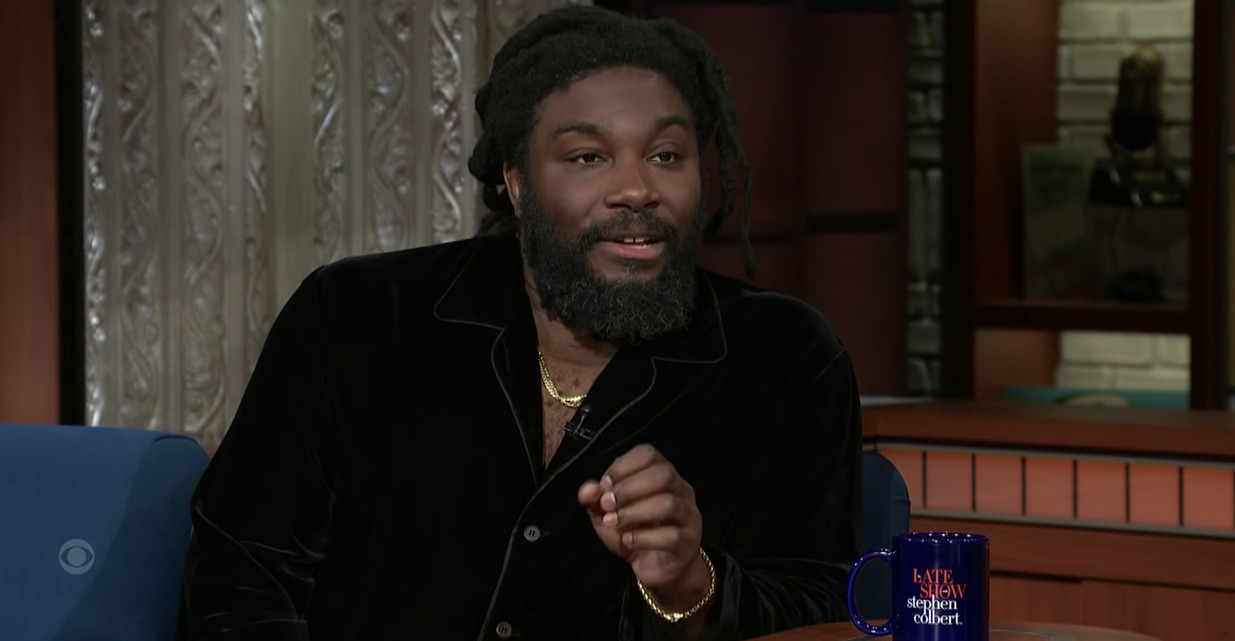 Jason Reynolds on ‘The Late Show With Stephen Colbert’

Colbert asked Reynolds, the Library of Congress’ national ambassador for young people’s literature and author of popular books like Look Both Ways and Long Way Down, what people should know about kids’ literature.

“Children’s literature is the cornerstone of all literature,” Reynolds replied. “Without the people like myself who write this literature, there can’t be the capital-L literature writers. There can’t be a Toni Morrison or all our famous writers today, Jesmyn Ward, Kiese Laymon, these greats that we love, unless there’s somebody earlier to create them and their readership.”

Colbert noted that Reynolds, whose book Stuntboy, in the Meantime was published this week, has called his books “love letters to Black kids,” and asked, “What is the love that you want to express?”

“Acknowledgement of their existence,” Reynolds said. “I want to be a witness to their lives. That’s my only real goal, is to show to Black kids…that you’re here, and people know you’re here, and we’ll continue to love you in your existence day to day.”

Asked by Colbert what question he gets the most from his young readers, Reynolds replied, “One of the ones that I get most often is, ‘Mr. Jason, what kind of car do you drive?’”

“Jason, what kind of car do you drive?” Colbert deadpanned.

“A cherry-red Porsche 911,” Reynolds said, to laughter and applause from the audience.